The annual weekend retro horror festival at the Riverside Drive-In in Vandergrift, PA is halfway over with, and last night's lineup was a blast from the groovy past.  The weather held off from raining, although a strange combination of warm and cool breezes kept swelling up around us, and the usual faint mist that drifted over the place only helped to enhance the atmosphere. In the snack bar, the usual vendors had an assortment of horror themed DVDs, magazines, t-shirts, and plastic models for sale. I spotted George Reis of DVD Drive-In there, as well as Tom Savini holding court in the snack bar during one of the intermissions. 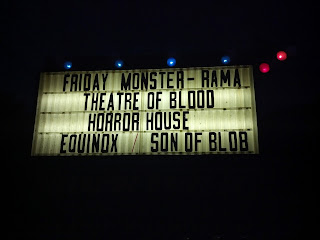 First up was "Theatre of Blood", that classic Vincent Price flick where he plays Edward Lionheart, an actor scorned by the circle of local theater critics who refuse to give him positive reviews for his Shakespearean performances. After an incident at an awards ceremony, where a lesser known actor is honored for his accomplishments instead of him, Lionheart appears to commit suicide in front of the critics as they relax at a private party. A year after the incident, the critics start to die in gruesome ways, each of them patterned after the works of Shakespeare, and Lionheart seems to have returned from the grave to exact revenge upon them.

The gimmick itself is very similar to "The Abominable Dr. Phibes", although without the elaborate makeup. This time, Price seems to be going a little meta, and the character seems to be referring to Price as an actor whom critics refuse to take seriously. The death scenes are just as camp as the Dr. Phibes films, with the creepiest being the first one, where Price's ragtag group of "actors"--actually a small community of vagrants who fished him out of the river where he committed suicide--descend on a critic and slash him to death with broken bottles and other sharp implements on the Ides of March, just like Julius Caesar. Price also met his wife, Coral Browne, on the set of this film, where he disguises himself as an ultra camp gay hairdresser and murders her by electrocuting her under a blow drier. 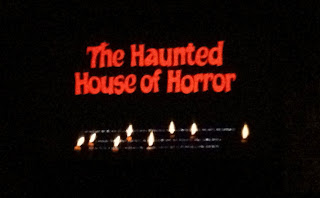 "Horror House" is a dull 1969 film about which the less said, the better. It starts out alright, with a bunch of swinging English young people deciding to make a visit to an abandoned "haunted" house The most interesting thing about this movie to me was the late 60s visual style it has, although Frankie Avalon looks like he's still stuck in the late 50s. A few knife-attack murders are boringly staged, and by the end of the film, the whodunit mystery of the movie has become secondary to another burning question: "When is this goddamned movie going to end?" 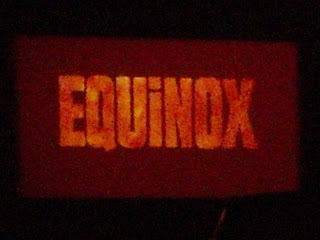 Much more fun is "Equinox", another film I'd never seen until last night. Made as a student film project in 1970, it features a primitive "Evil Dead" scenario where a group of four young people are summoned to a professor's cabin in the woods, where they discover the professor has unleashed a demon by reading from a cursed book.  The minions of hell torment them in an effort to gain control of the book, and the fate of the world (presumably) hangs in the balance, EEEEE! Although the movie is crude and amateurish, it features some impressive monsters in it, including a stop-motion giant and a winged demon that appears at the climax of the film.

The final feature was the notorious "Son of Blob", aka "Beware! The Blob", a 1972 blob sequel directed by none other than Larry Hagman, and featuring cameos from numerous 1970s TV and movie personalities, including Cindy Williams, Burgess Meredith, Dick Van Patten, Carol Lynley, Godfrey Cambridge, and in the strangest cameo, Christian rock musician Randy Stonehill, who appears as a pot-smoking hippie who gets eaten by the blob while singing a song about cocaine in a storm drain with Cindy Williams. Also appearing is Richard Stahl, a character actor whose name you probably don't recognize but whose face you definitely would if you were watching TV at all in the 60s, 70s, or 80s.  Finally, the gorgeous Marlene Clark appears in a brief role in the movie, she who appeared in 70s genre classics like "Ganja & Hess" and "Night of the Cobra Woman".  She gets eaten by the blob real early in the film though, and whenever I see this movie I always wish she had at least a few more scenes.

In between all of the movies, the festival features numerous vintage horror trailers, as well as snack bar advertisements from various decades of the era of drive-in theaters. The programmers also usually show a Three Stooges short, which is the one aspect of the festival I wish would just go away for good. I hate the Three Stooges, and for one I'd rather have the length of a Stooges short shaved off the end of the entire festival so that it didn't end at 5 in the morning. This year's Stooges piece, however, was a bizarre World War II era short that featured them mocking Hitler, so it at least had a weird appeal for about sixty seconds.

But hey, how can I complain too much about a festival like The Super Drive-In Monsterrama?? I'm headed back there tonight for the second part! 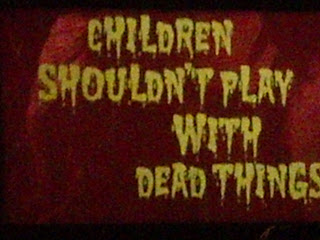 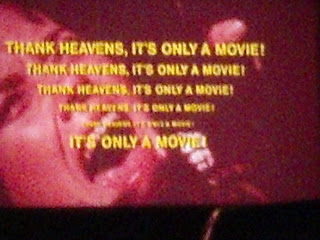 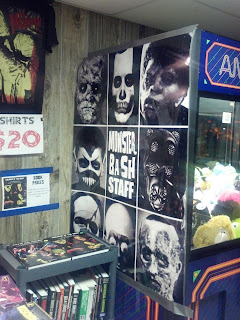 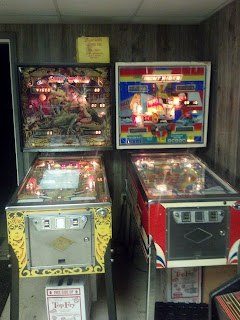 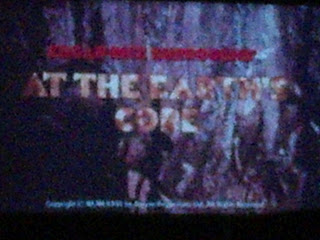 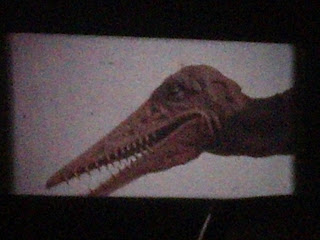 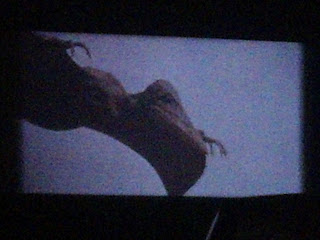 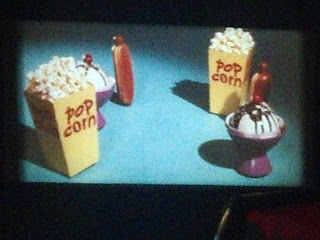 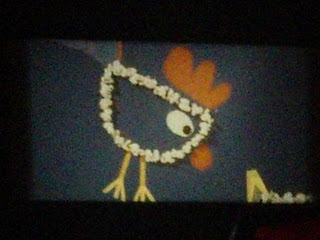 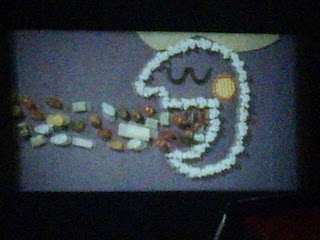 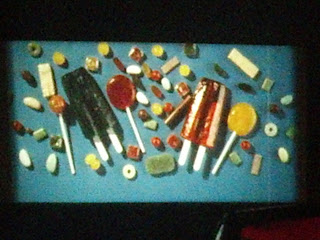 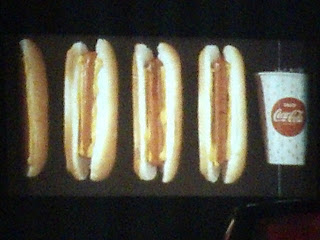 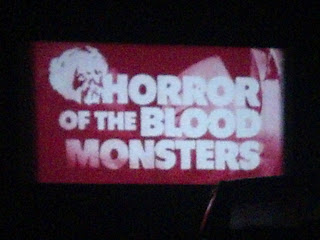 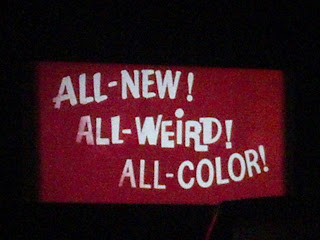 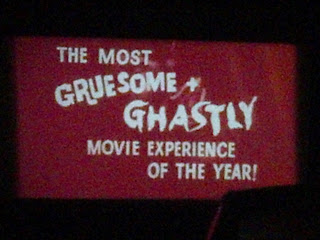 Posted by GroovyDoom at 4:08 PM