I never gave this movie much thought as a kid, but a lot of the film's concepts are more interesting when you think about them as an adult. For instance, we all know the plot concerns a scientist whose arm  and  head  are  swapped  with  a  housefly  during  a  teleportation  experiment he conducted on himself. As a kid, I was waiting for the moment when we'd glimpse the bizarre makeup effects. But now I can't get past the fact that this movie  is  told from the perspective of a woman who was living a life of privilege and happiness, and in an instant her life is shattered. Not only is her husband doomed to die, but it's a hideous death where he loses his very humanity.

Of course, you could also point out that this privileged life she leads is what has really destroyed her family. Both her husband and his brother have "more money then they know what to do with" (their words), and their lives are the picture of luxury. The family electronics business has given our fly-headed scientist the wealth to maintain a stately mansion with a staff of servants to cook his meals and look after his child and fetch whatever gowns his wife would like to wear, but unfortunately it also finances the expensive equipment necessary to build a machine that can swap a human's head with that of a common housefly. Rich people problems.
And perhaps worst of all, she is complicit in her husband's death due to the fact that she doesn't pay enough attention to her own child, who desperately tries to tell her about the strange housefly he's captured. She ignores the kid and orders him to release the fly, but after she learns about her husband's unplanned body modification, she also learns that the fly her son miraculously happened to catch could have held the key to returning her husband to his old self again. If only she didn't have her expensively coiffed head in those blindingly white clouds of happiness.
She learns the hard way what happens to people who suddenly don't fit into this society where it's so important to be like everyone else: you wind up with your head and arm crushed under a machine press, while your widow is forced to feign madness and go to an insane asylum just to spare your good name. In true 1950s fashion, a cop-out ending is forced on us, when what's left of her husband ends up saving this shining example of a 50s housewife from an extended vacation in an institution, and the fly with his head and arm is spotted by the detective who previously thought she was crazy.

Posted by GroovyDoom at 2:08 PM No comments: 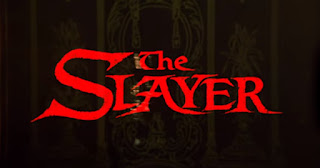 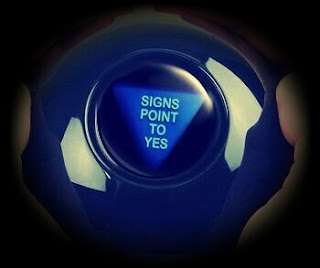 When all is said and done, Kay is left alone and desperately tries to stay awake long enough to avoid being murdered in her sleep. She barricades herself into their lodge as best she can, but someone breaks in -- she kills him with a flare, but of course it turns out to be Marsh, who is still on the island for some reason. The house goes up in flames, and when she tries to escape she is confronted by the monster, which turns out to look like a cross between adult Macaulay Culkin and an anglerfish:
But instead of seeing Kay murdered by the monster, we see her as a child, waking up from another nightmare of The Slayer. Was the entire movie we just witnessed a dream? Is this a flashback? Was the Slayer real, or were the murders committed by a human being? It's possible Marsh was the killer, or was it Kay herself, since she's the one with all the problems? Let's ask the 8 Ball again... 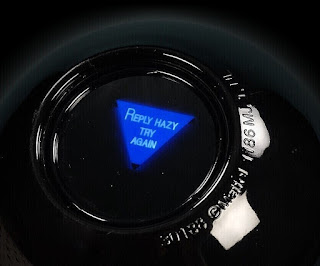 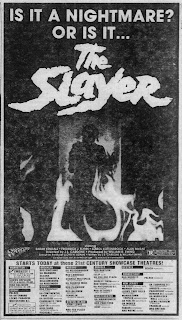 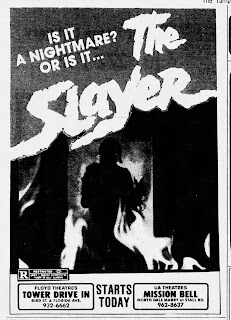 Posted by GroovyDoom at 7:06 PM No comments: 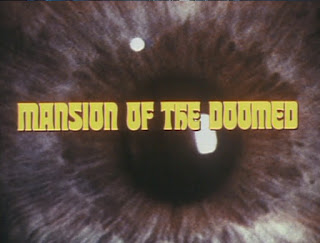 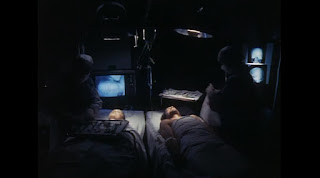 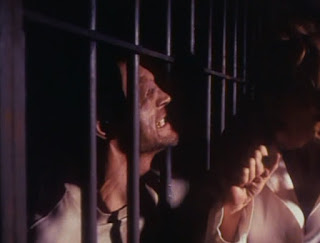 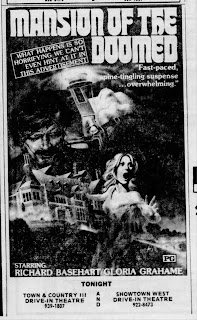 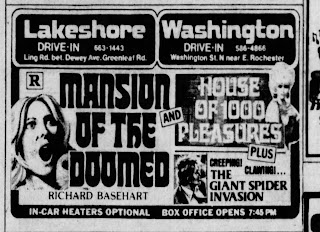