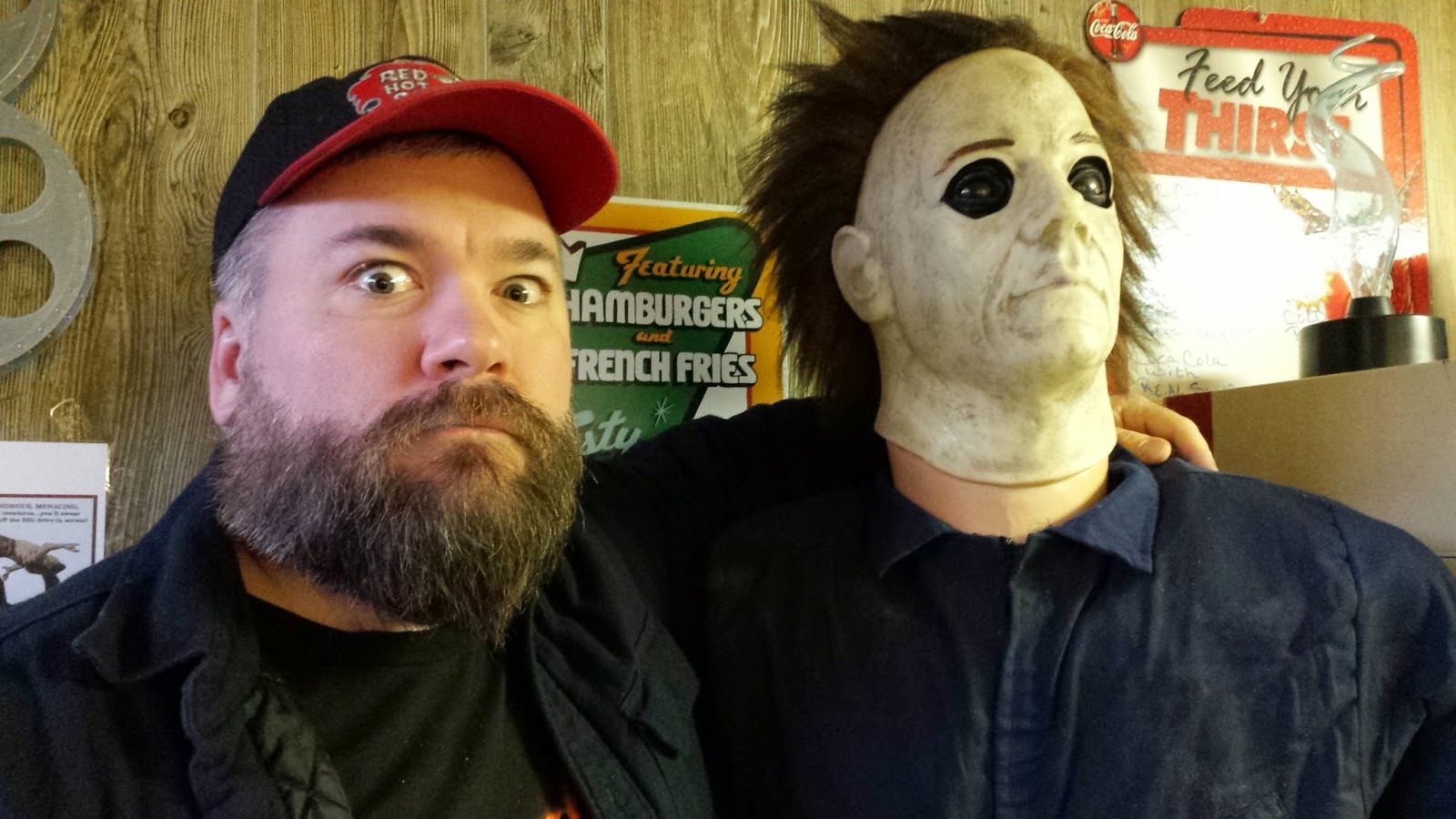 I don't know how you spent your weekend, but I spent mine staying up all night watching movies with a bunch of fellow horror geeks at the second annual April Ghouls Drive-In Monsterama at the Riverside Drive-In in Vandergrift, PA. This year's lineup was extremely inspired and classic, with classics like "Carrie" and "Suspiria" to lower budget films like "The Beast Within" and "Children Shouldn't Play With Dead Things". 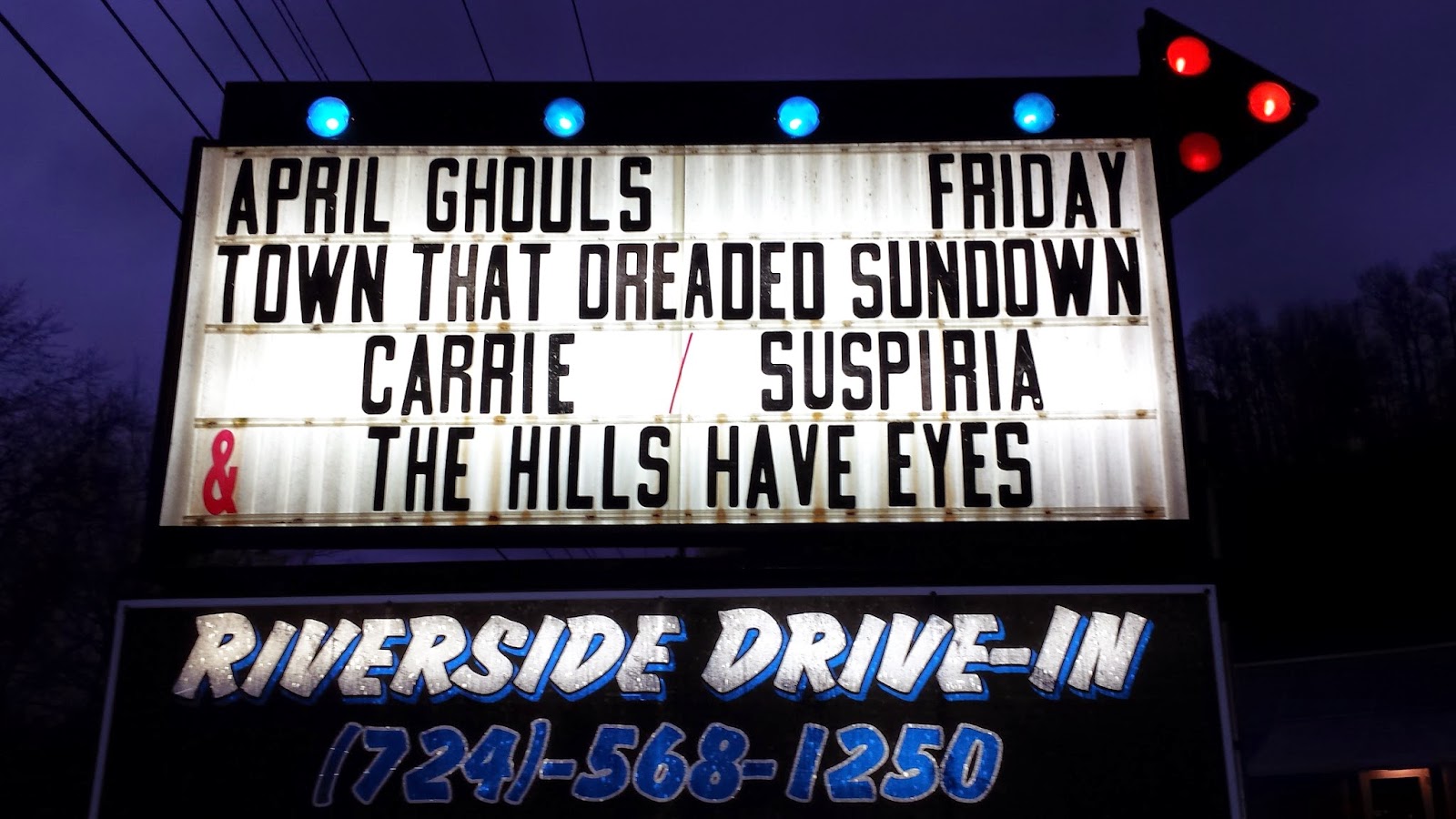 Friday night's lineup began with "The Town That Dreaded Sundown", a 1976 flick that's about as "drive-in exploitation" as you can possibly get, even though it was easily the most expendable movie on the program. It seems to have been made to entertain distracted drive-in patrons who were partying in their cars and not paying much attention, as the faux documentary format of the film really drags. The movie is really nothing more than a series of murder scenes strung together by snore-inducing investigative scenes, although the presence of Andrew Prine ("Grizzly", "Hannah, Queen of the Vampires") helps liven the interest for a while. The movie also features a memorable image of its killer, who wears a white cloth sack over his head much like Jason Voorhees did years later in "Friday the 13th Part 2".

Another 1976 film followed, one that is a little more well-known and widely seen: Brian DePalma's "Carrie". I never was a huge fan of this movie, despite the fact that it seems to be so beloved as an iconic horror film, but it played great on this bill and I admired it a little more for its excellent pacing. "Carrie" never lags for too long, especially considering the movie that came before it. Also, camp is king in "Carrie", from Piper Laurie's almost comedic turn as Carrie's zealot mother to the almost ridiculous interaction between John Travolta and Nancy Allen as the film's villainous teenagers. It's an abbreviated take on Stephen King's novel, and definitely not DePalma's best film, but it's pretty good for what it is.

"Suspiria" came third, and this movie never disappoints me when I see it on a big screen. I wasn't even bitter about the fact that our print was the standard US version, with the worst violence snipped out of it and an entire subplot removed--most scenes with the blind piano player Daniel have been removed, making the reason for his death an even greater mystery to anybody who has never seen the uncut film.  However, the cuts are not fatal to the movie, as Argento's stunning vision still showed through.

The final Friday flick was Wes Craven's original 1977 "The Hills Have Eyes", which has a little more plot than his debut "Last House on the Left", but retains that earlier film's confrontational approach to its violence. I dare anybody to have a problem with any movie that features Dee Wallace! I just dare you. OK, wait, she was in Rob Zombie's "Halloween", so it's OK if you have a problem with that one. 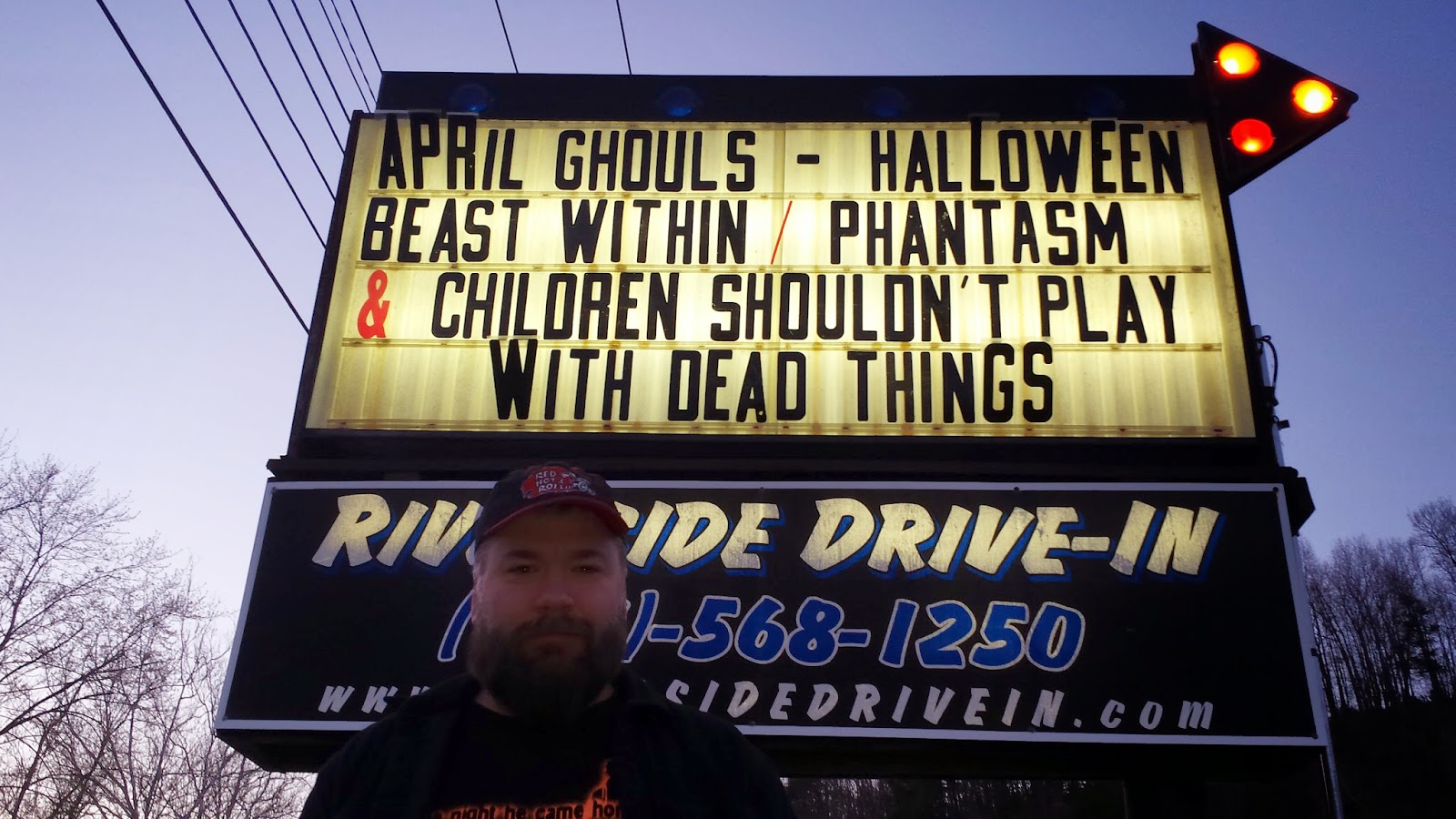 Speaking of "Halloween", the one and only 1978 original was the lead-off film on Saturday night's program, and although I've seen it in a theater a number of times, seeing it at the drive-in seemed almost too perfect. After all, drive-ins were undoubtedly important to that movie's original success in 1978, as they were still a large part of the moviegoing experience, especially among young people. Like everyone else on the planet, I know the movie inside out by this time, but the older I get, the more I notice how young Jamie Lee Curtis was when she made this big screen debut as babysitting warrior Laurie Strode.

It had been a good while since the last time I saw 1982's "The Beast Within", a film I remember mostly because of all the coverage it got in Fangoria and Famous Monsters. When I finally saw it on HBO a few years after its theatrical release, I remember thinking it was awful. Indeed, it's a low budget experience, and the much-heralded special effects are now extremely dated. However, in spite of a few shots that don't work (such as a really fake-looking dummy shot involving a startlingly long tongue), the monster FX in "Beast" are actually pretty effective. The unpleasant story involves a teenager who is transforming into a hideous creature due to his unfortunate lineage, and it gets right to the action, not even giving us any images of Michael before shit starts to go haywire with him. A little like his counterpart Carrie, Michael finds that adolescence is a scary time when you can easily be embarrassed in front of girls--especially when you're turning into a cicada monster.

Yet another scary parable for those difficult teenage years, "Phantasm" is one of those movies that really makes no sense the first time you see it, with a plot as bizarre and random as anything you're likely to see. Told from the point of view of a young teenage boy whose close family members are all being taken from him in death, the movie is almost European in the way it asks you to draw your own conclusions about what is actually happening on screen at any given moment. The movie is literally a nightmare, with dreamlike plotting and elliptical pacing, but somehow the film successfully brings together outlandish elements of interdimensional travel, zombie dwarf slaves, teleportation, brain-draining silver sentry spheres, and shape-shifting creatures. Angus Scrimm is, of course, unforgettable as the movie's villain The Tall Man, and director Don Coscarelli fills the movie with bizarre images that are somehow never too ambitious for the movie's obviously tiny budget.

The crowning jewel of this year's April Ghouls was "Children Shouldn't Play With Dead Things", a film I'd never seen on a big screen before, and there couldn't have been a better choice for the final movie. "Children" began around 3:15am, and although I've ranted about my deep love for this film before, suffice it to say that this movie's cheap and effective thrills looked even more cheap and effective at a misty late night drive in theater. Ask around, and you'll find that this movie's fans are wild about the scene where an entire cemetery full of rotting corpses comes alive with activity, zombies being ejected from the ground in a fantastic sequence that seems almost like ballet at times. Although any movie where dead people come back to life is asking a lot for your suspension of disbelief, "Children Shouldn't Play With Dead Things" rewards you for your efforts with tons of cartoonishly grisly zombies. And while the film's violence isn't as gory or explicit as many other flicks in the genre, it's got some indelible images within its reels. 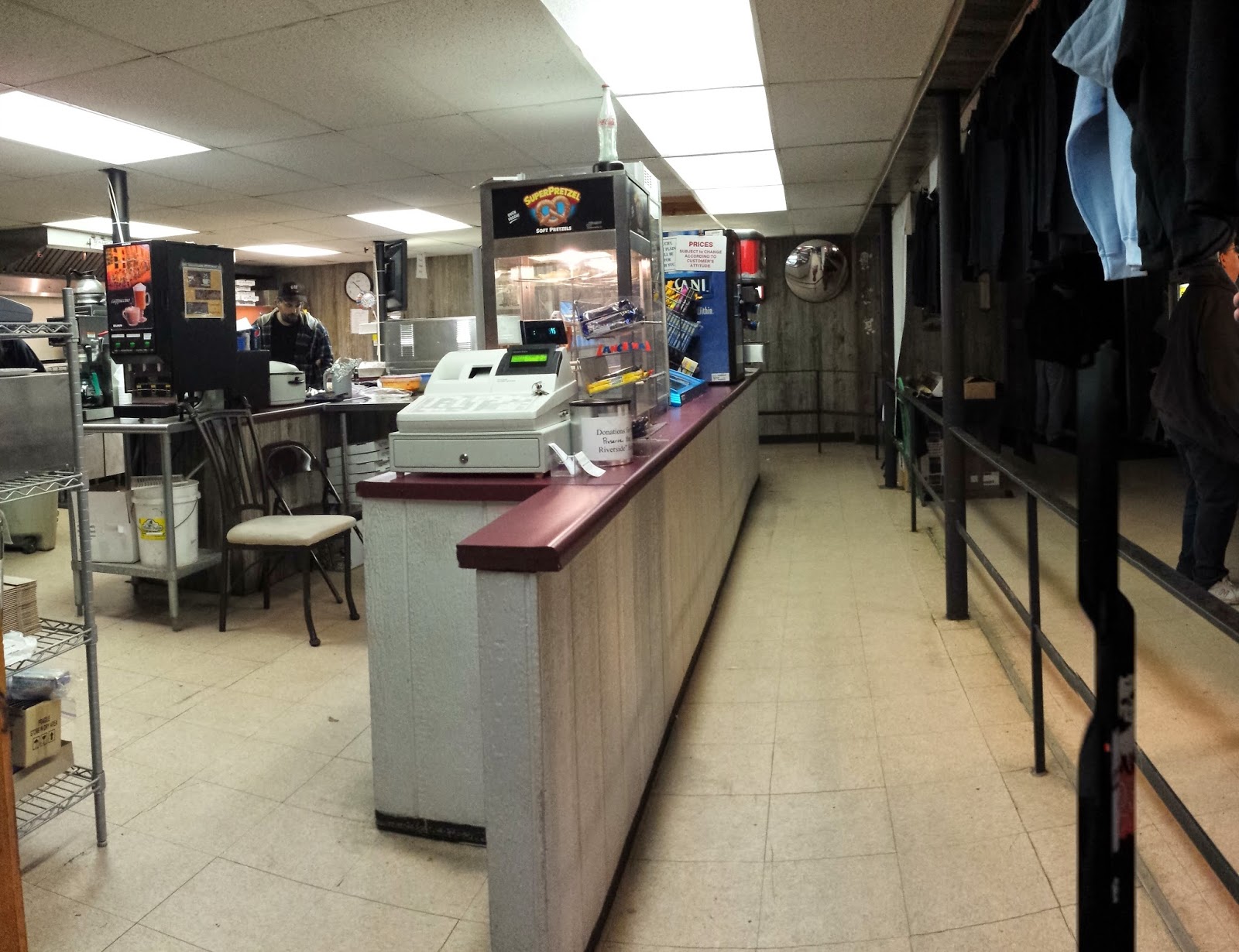 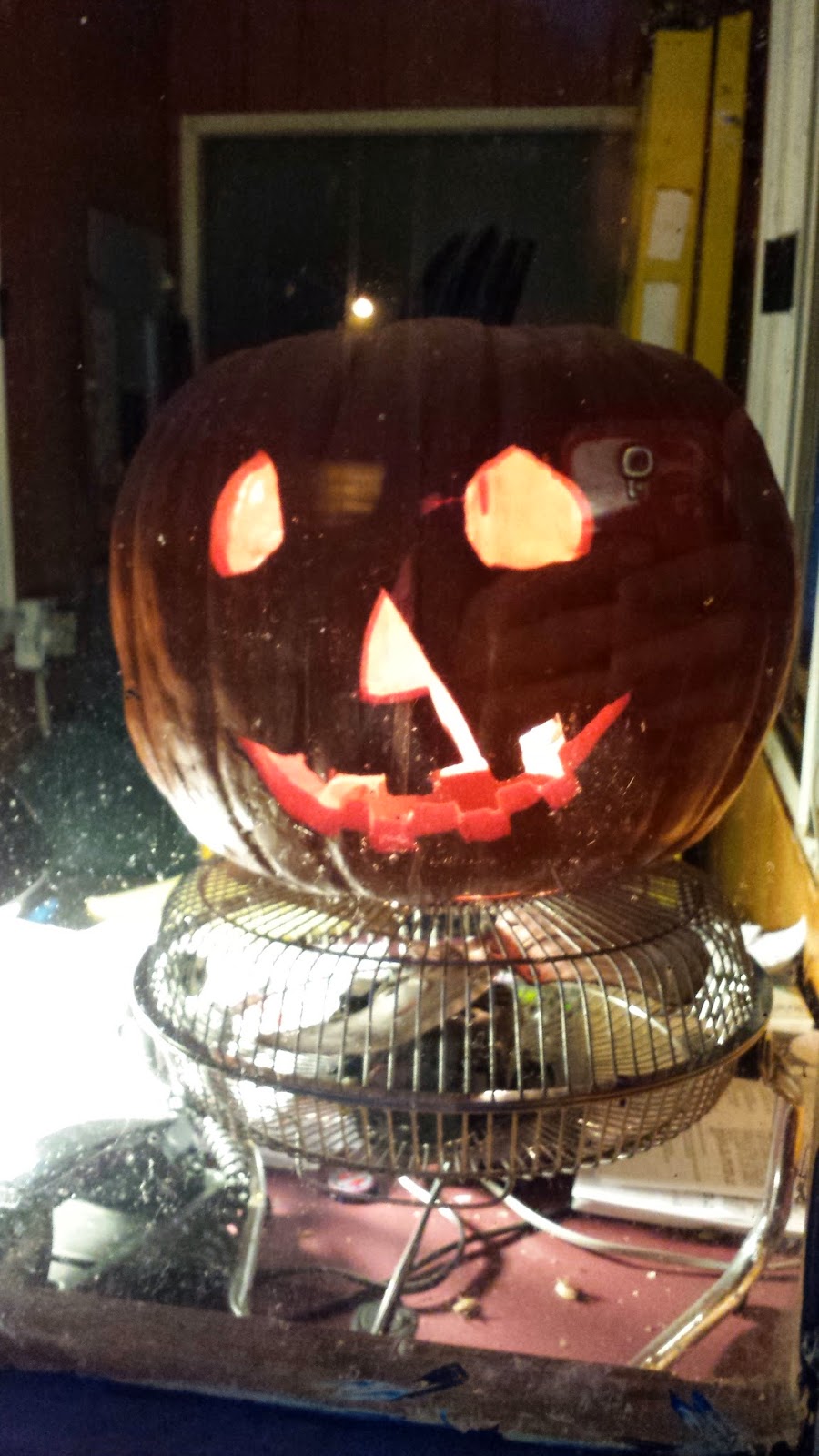 In between films, vintage exploitation trailers ran amok, and I saw so many classic drive-in films represented here I lost count. Some I recall are "Folks at Red Wolf Inn", "Dracula's Dog", "Embryo", "Futureworld", "Piranha", "The Car", "The Manitou", "The Sentinel", "Burnt Offerings", "Tentacles"...the list goes on and on.

Sometimes it's hard to remember that there even was a time when we couldn't own films for viewing in our own homes whenever we wanted. We had to gather in places like a drive-in to experience them, and oftentimes it was impossible to see them again unless they came around a second time. Of course home video changed all that, and no film fan could resist the allure of being able to see your favorite films whenever you want. But when we gained that possibility, we lost a little of the magic, too. I can't say enough about how much I love these yearly events, and how lucky I feel that I don't have to drive too far to get there, as some patrons drive hundreds of miles to take part in the kind of time travel the Monsterama festivals represent. The love I have for a lot of these films doesn't come entirely from my enjoyment of the films themselves--if this was the only reason, a lot of us wouldn't be so compelled to watch these movies over and over like we do. Equally important is the cultural reference these movies represent for us. When I see them at the drive-in like this, it takes me back to where my love for horror films came from in the first place: my own youth, and a time when it seemed like this kind of imagination and creativity would just go on and on. 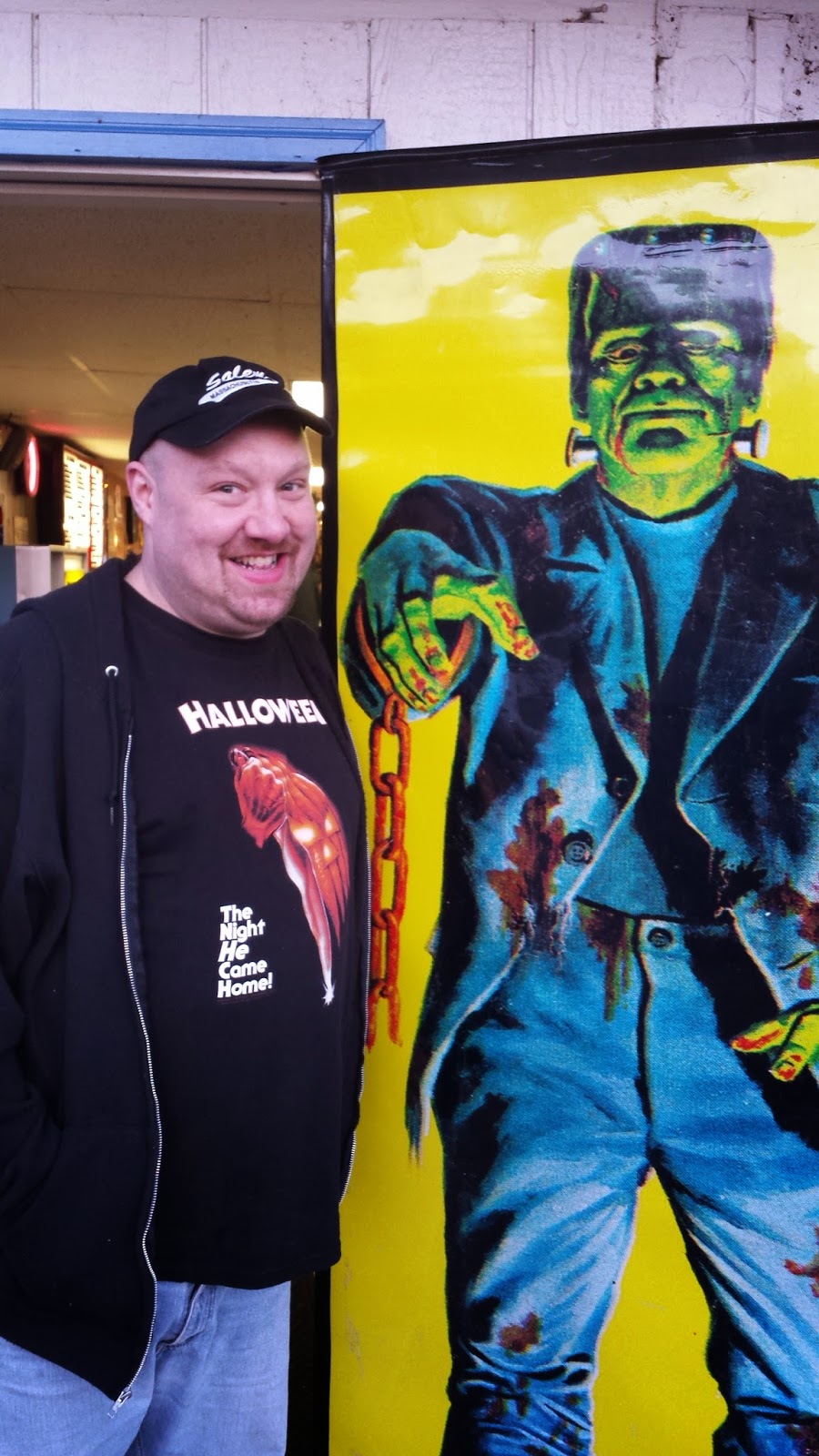 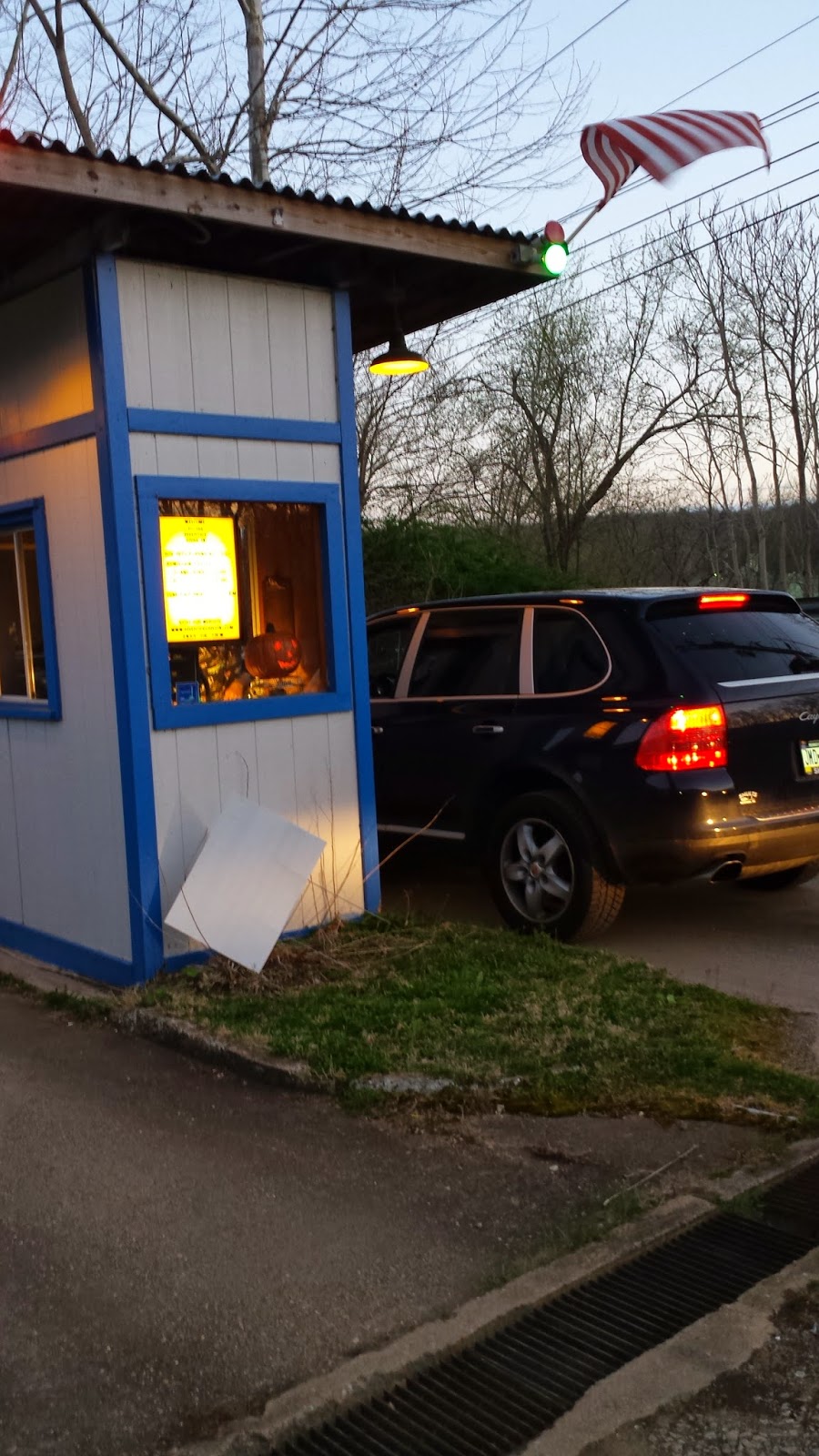 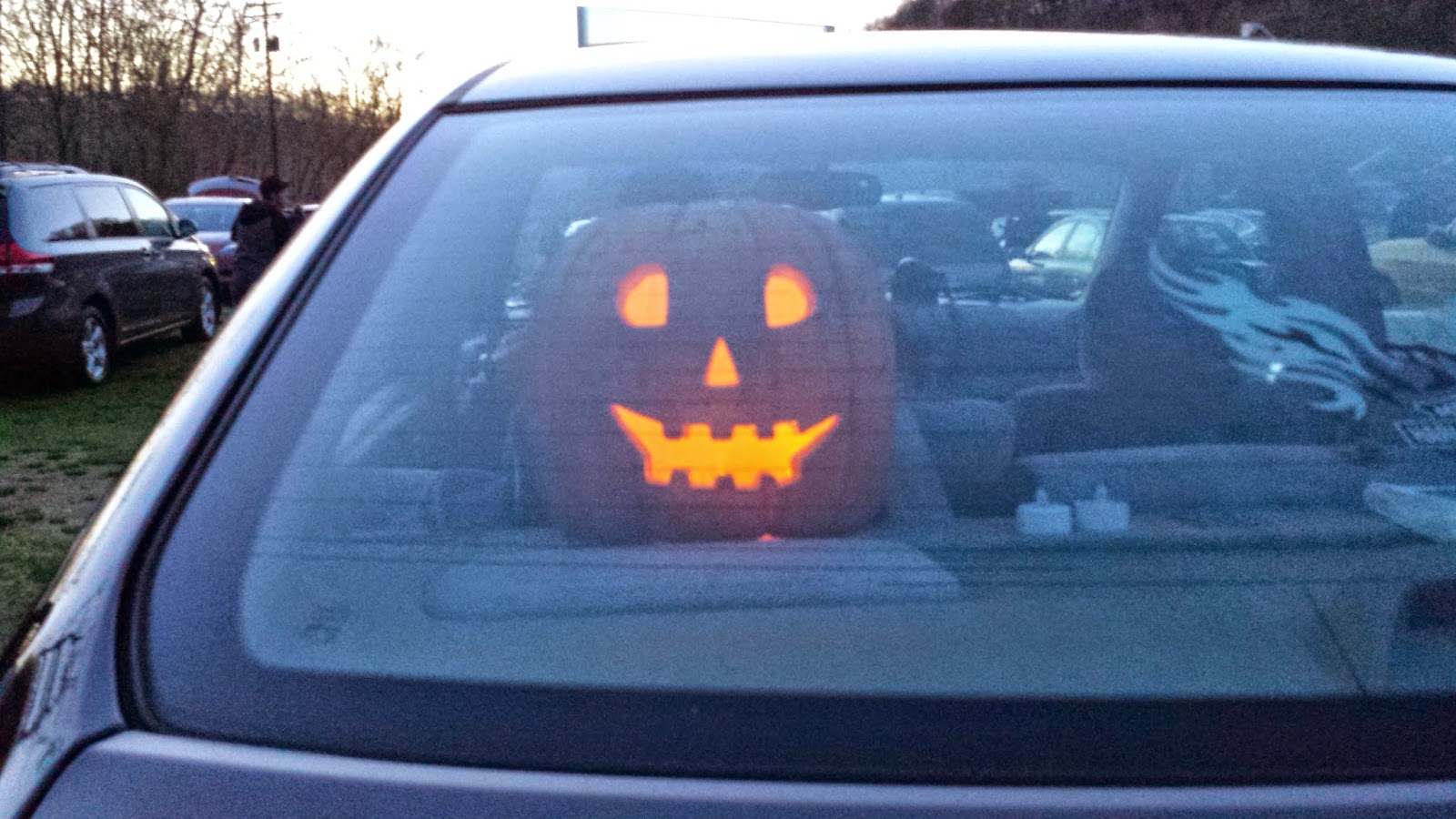 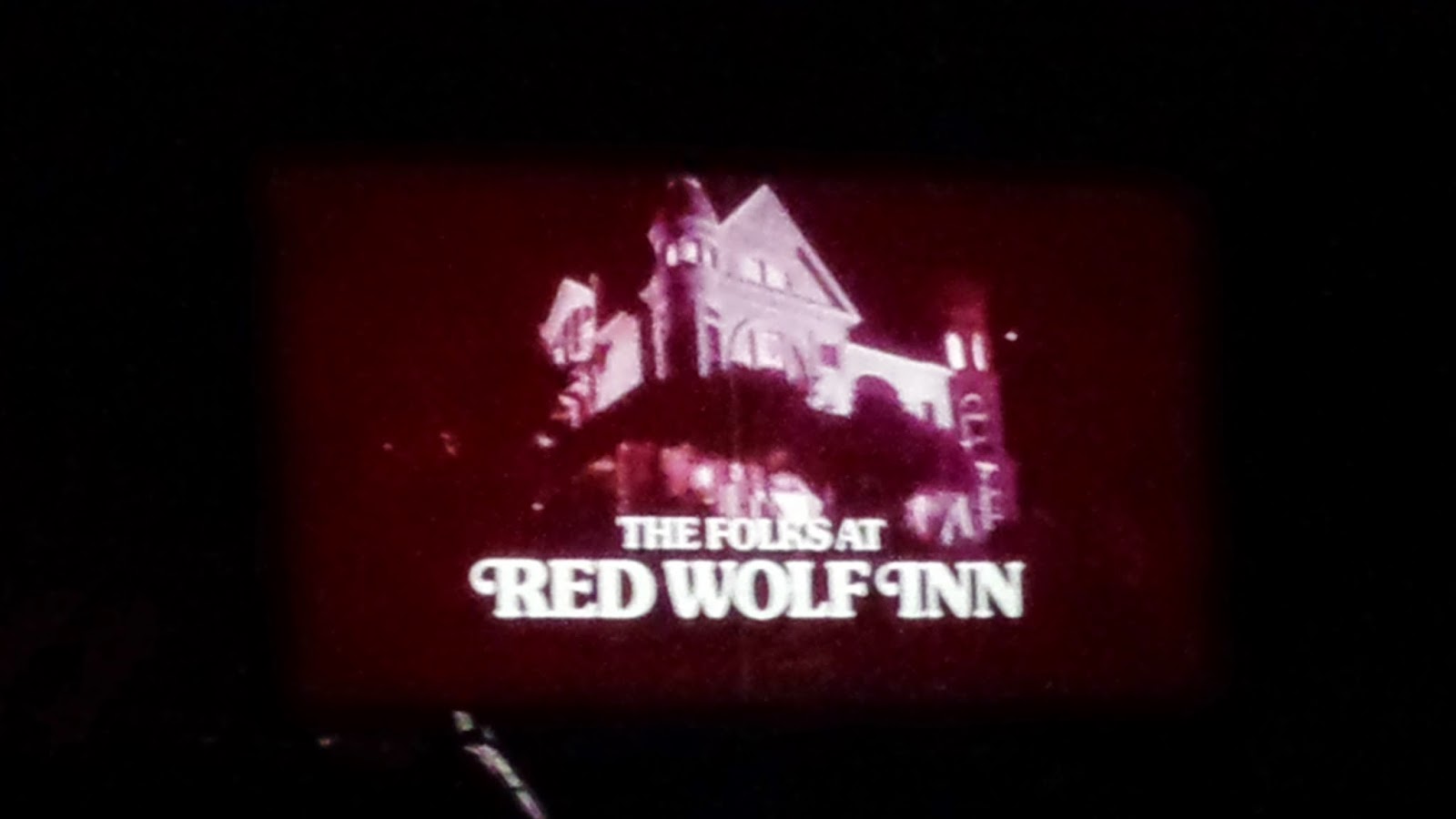 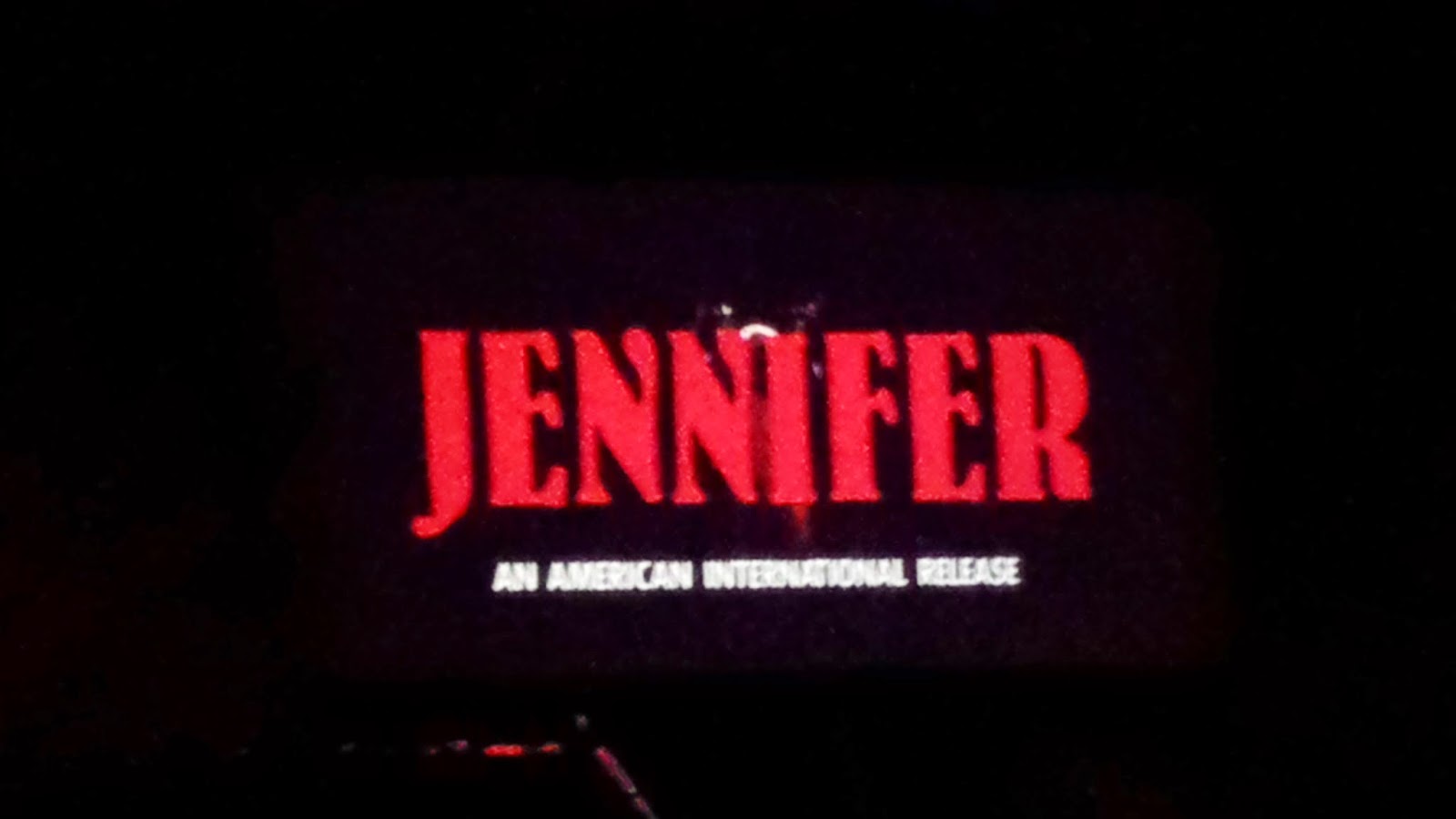 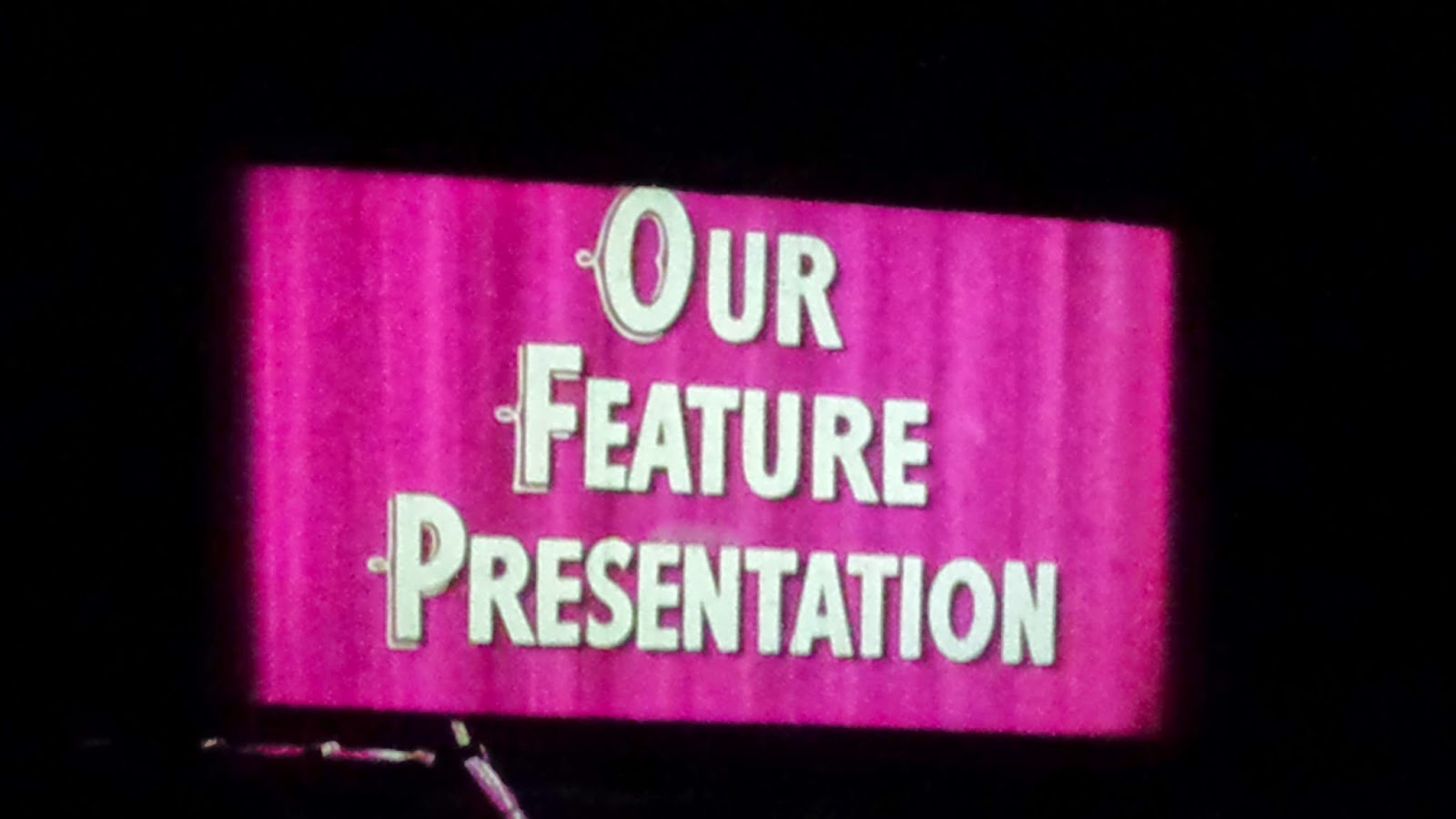 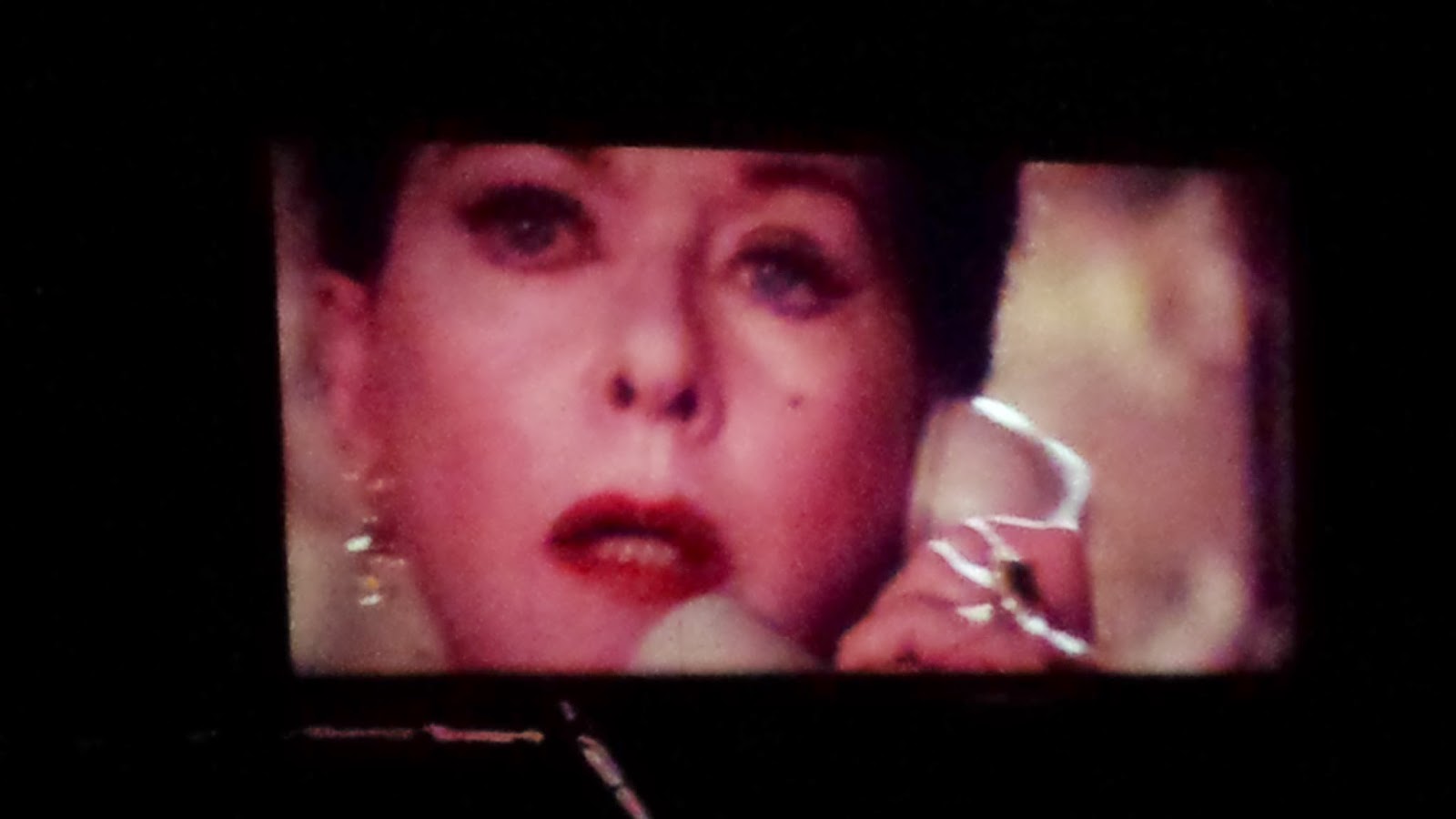 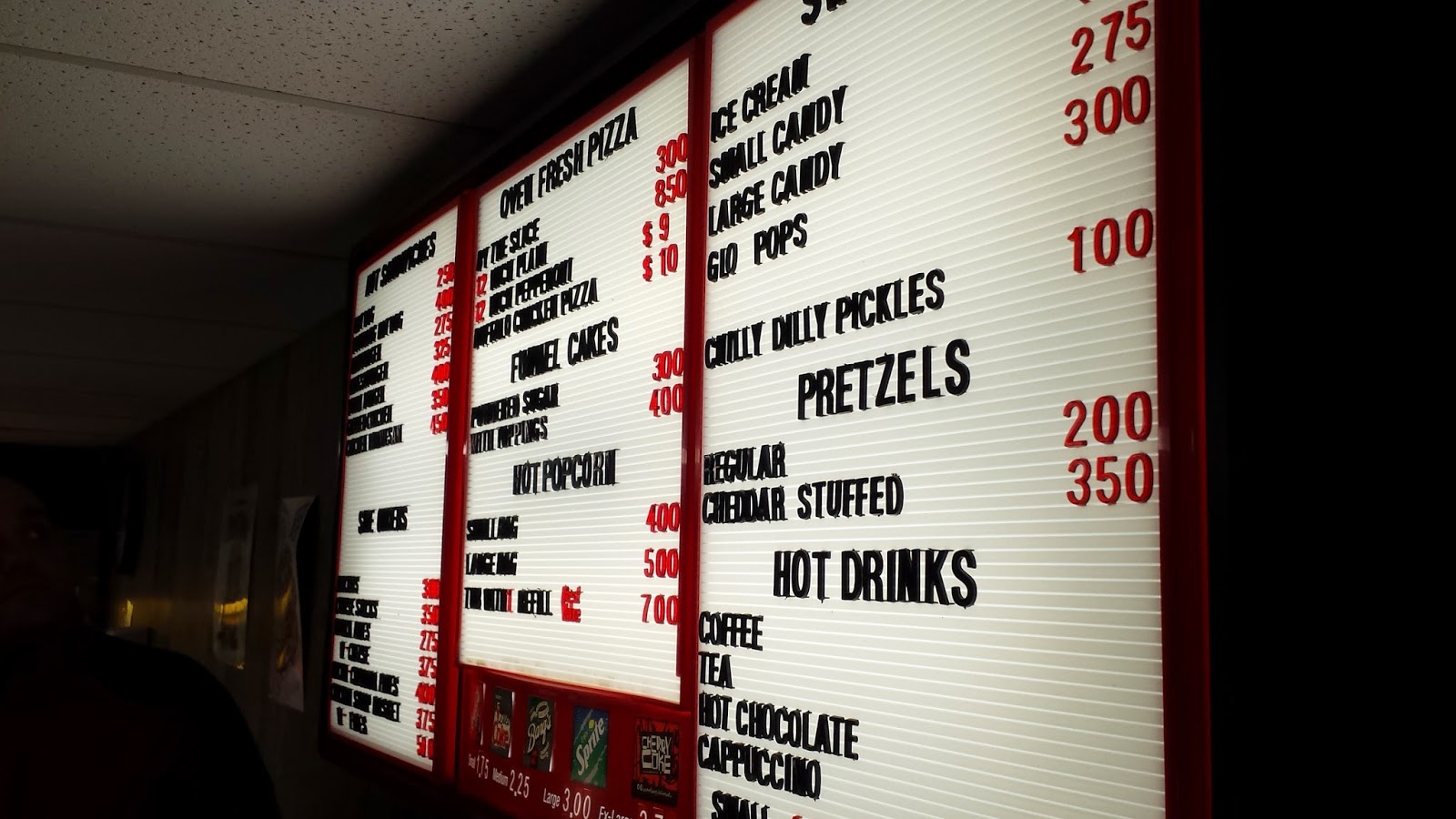 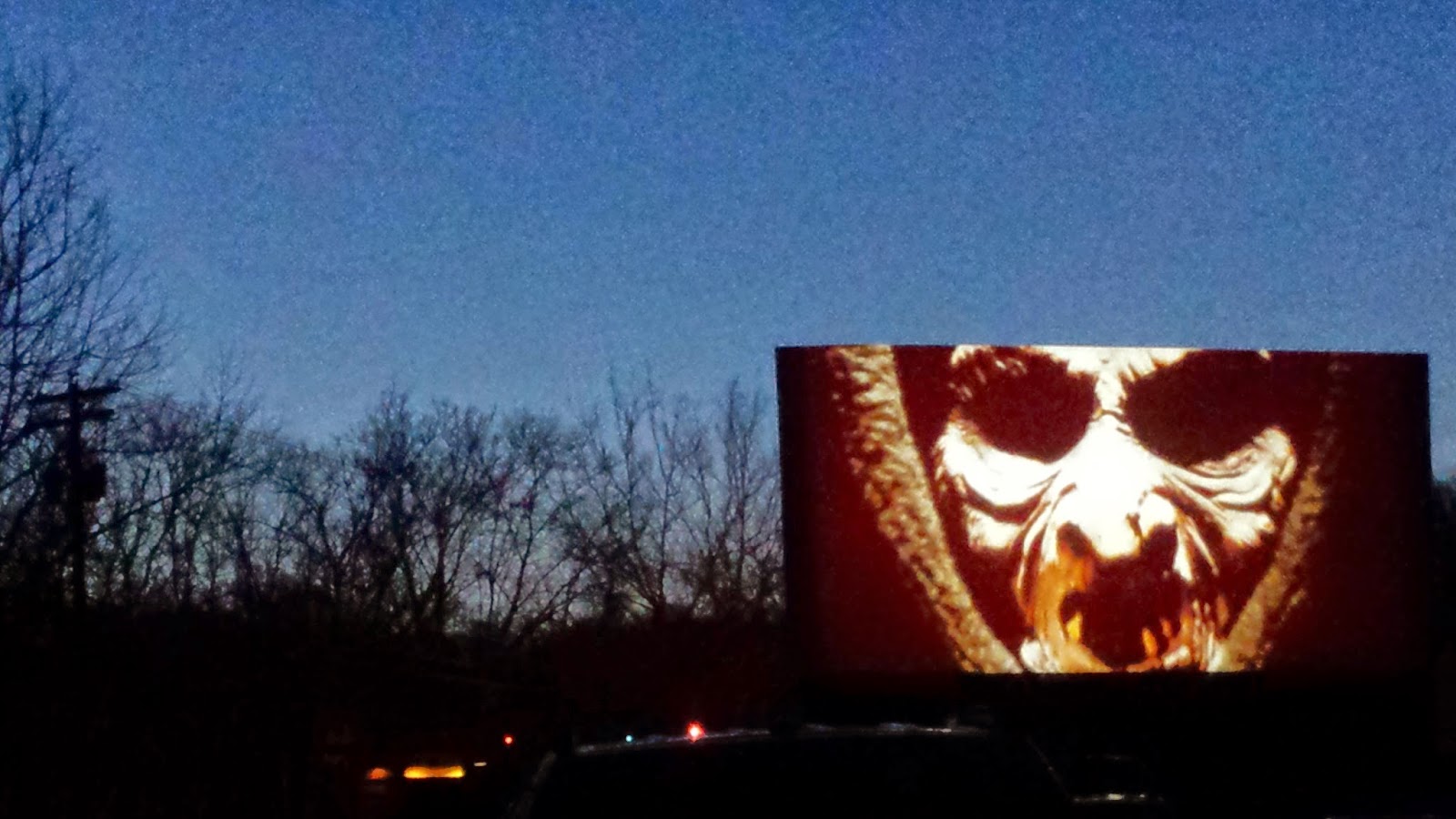 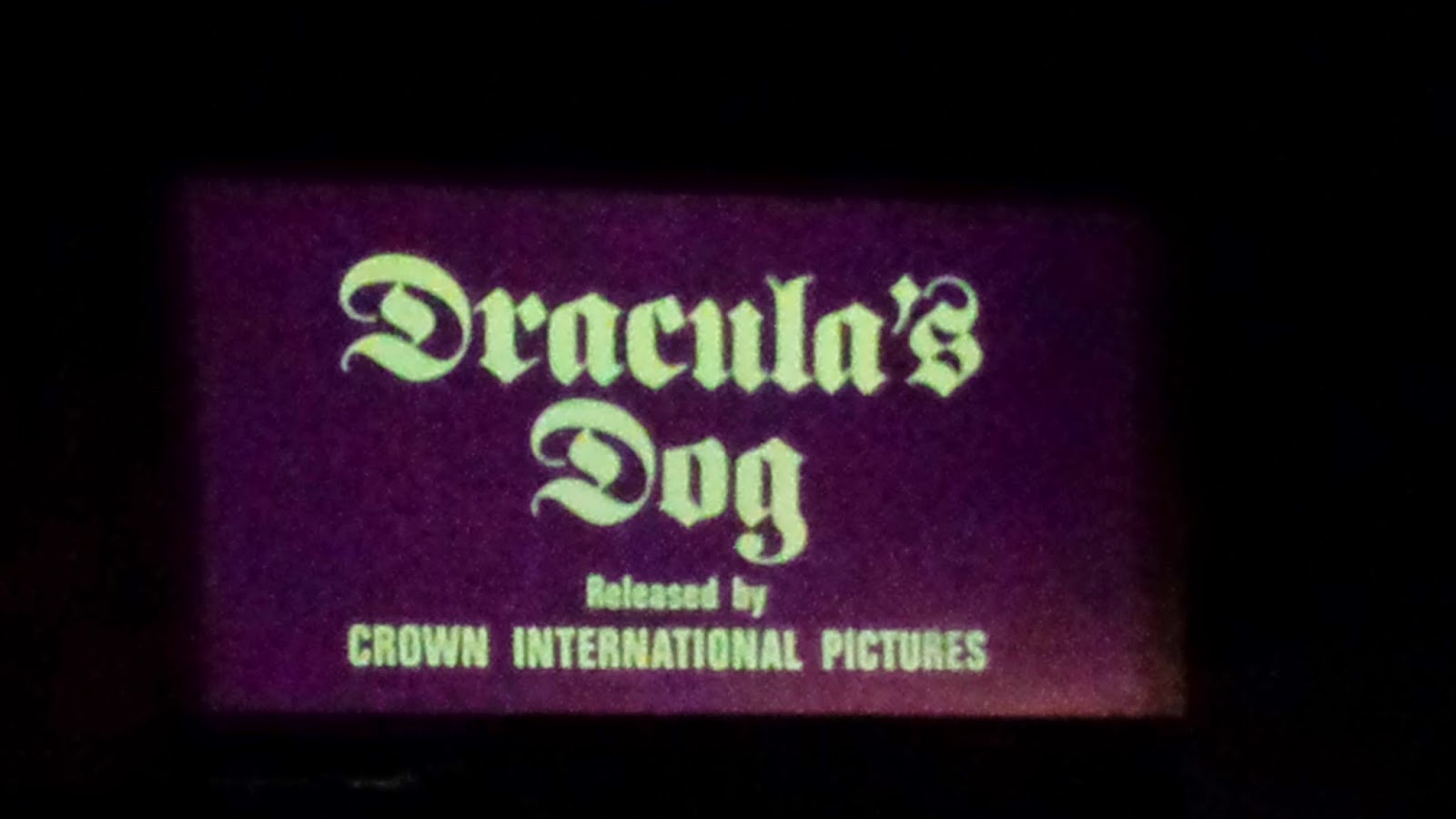 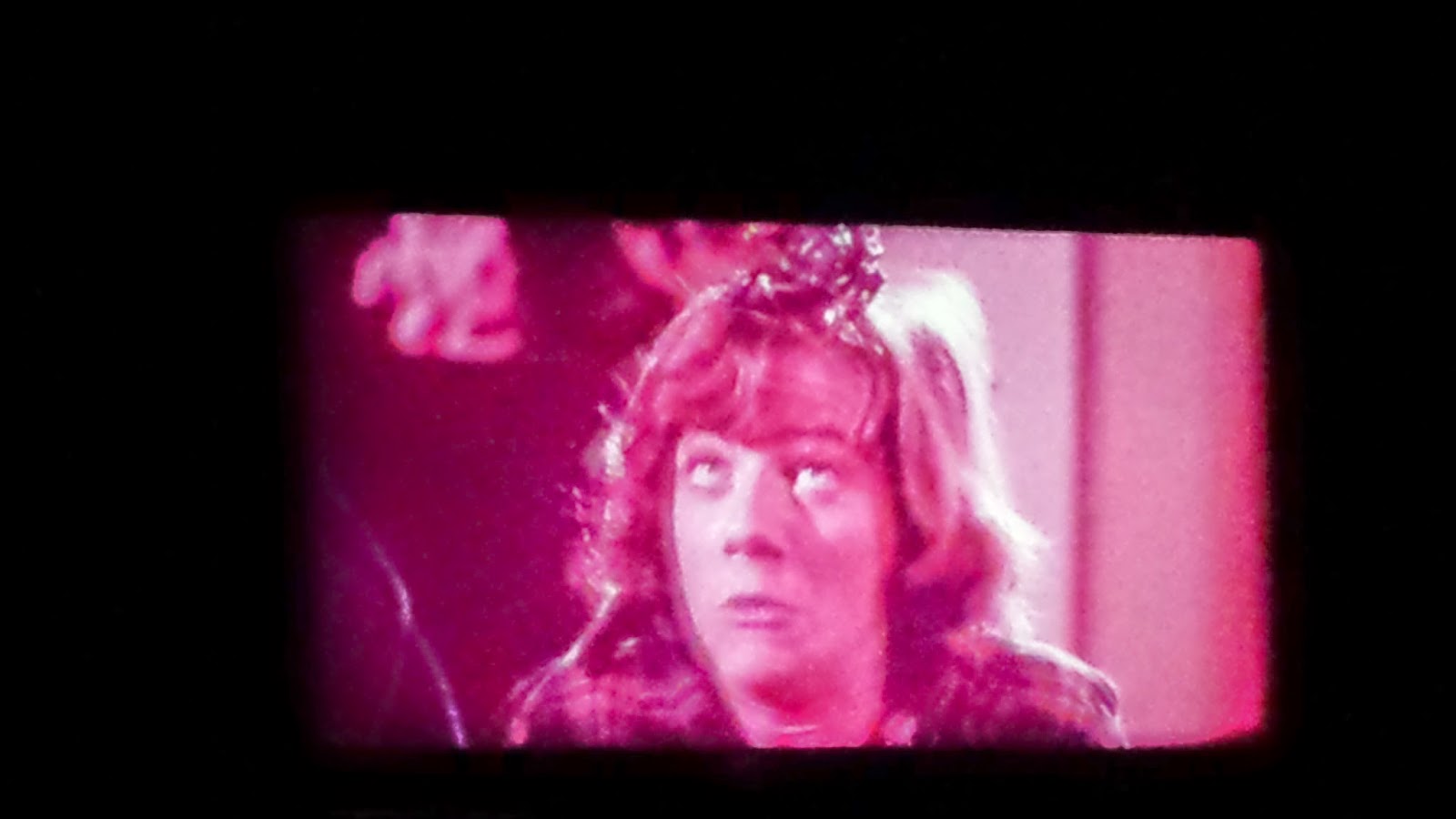 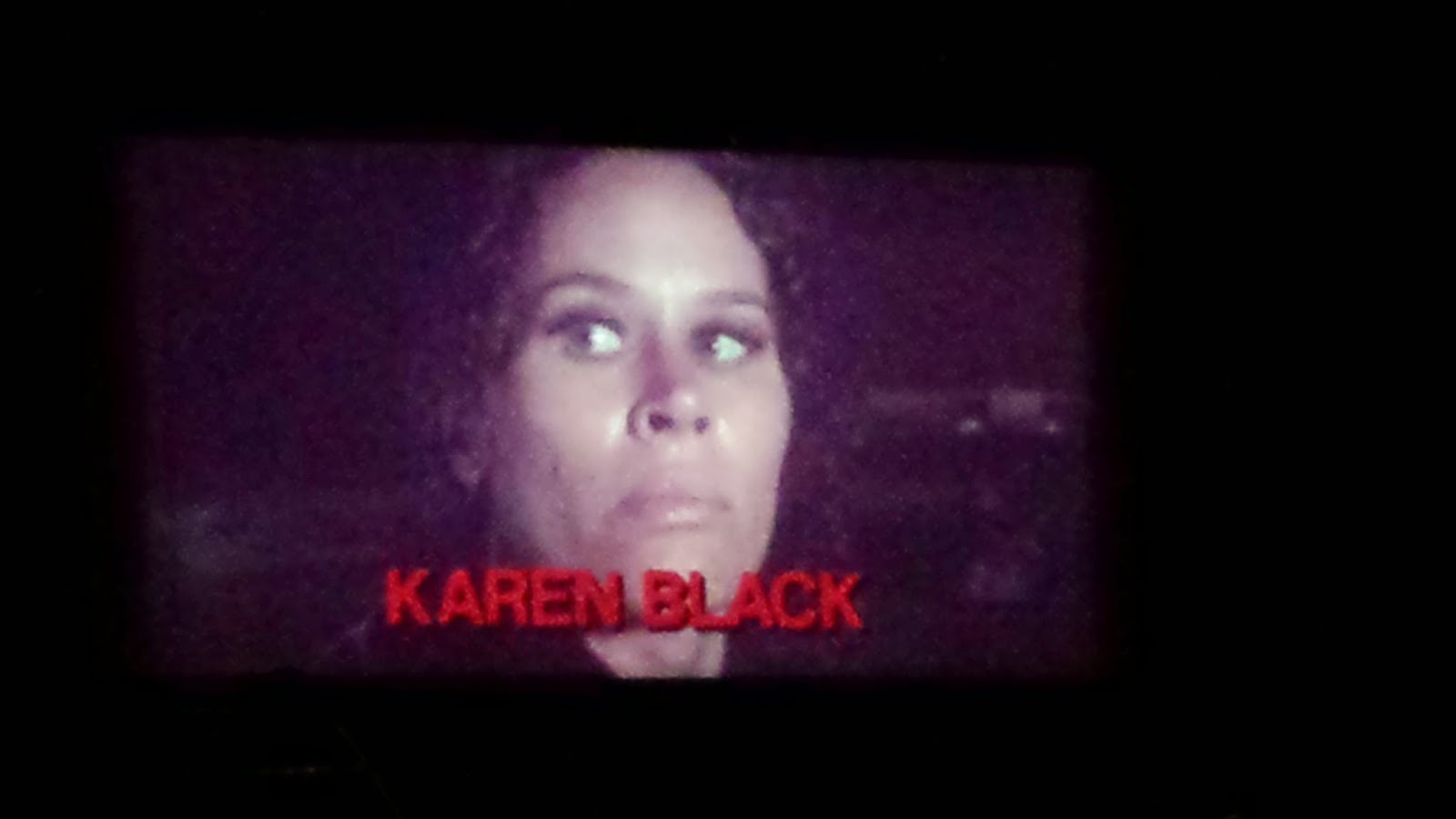 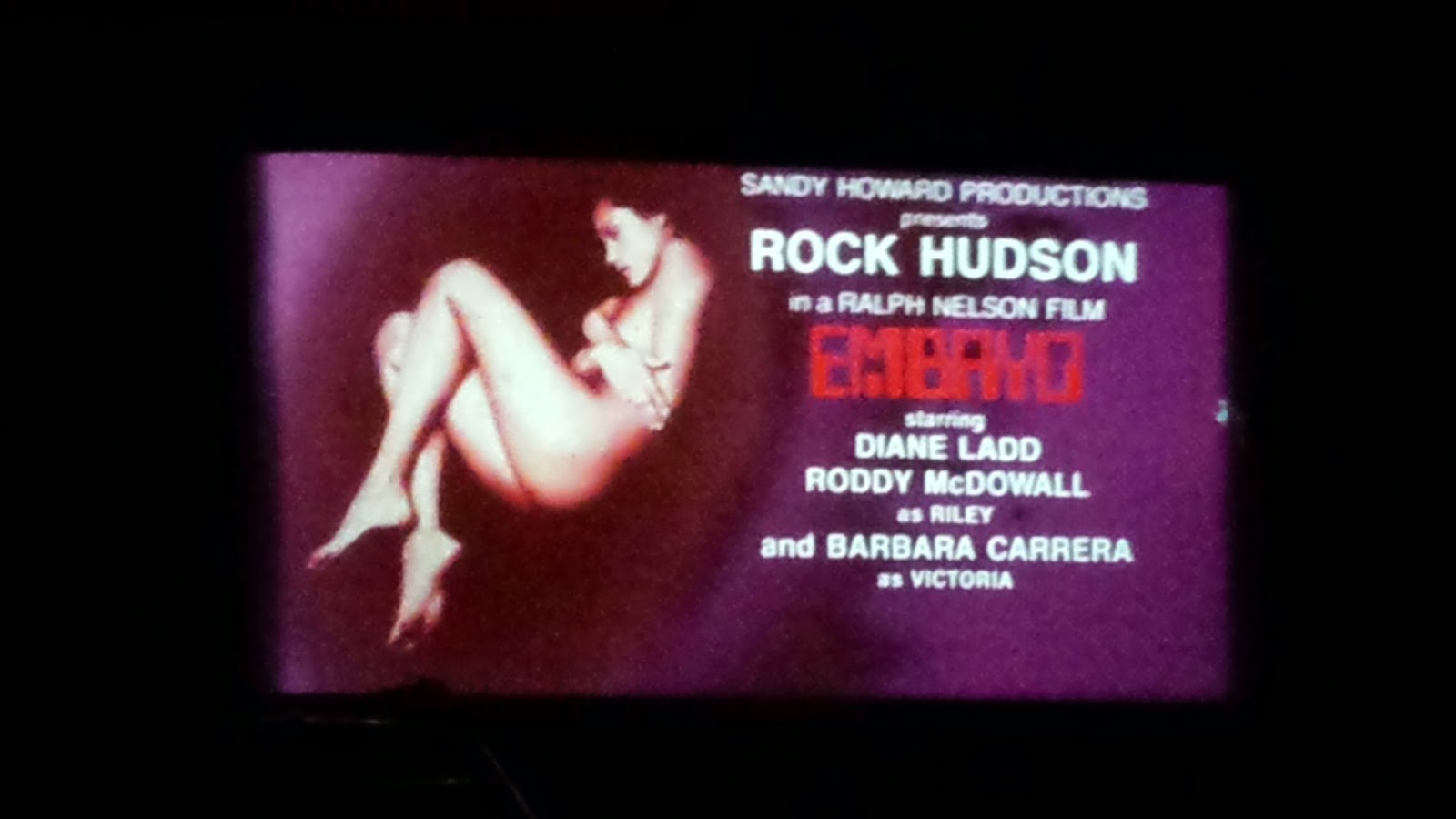 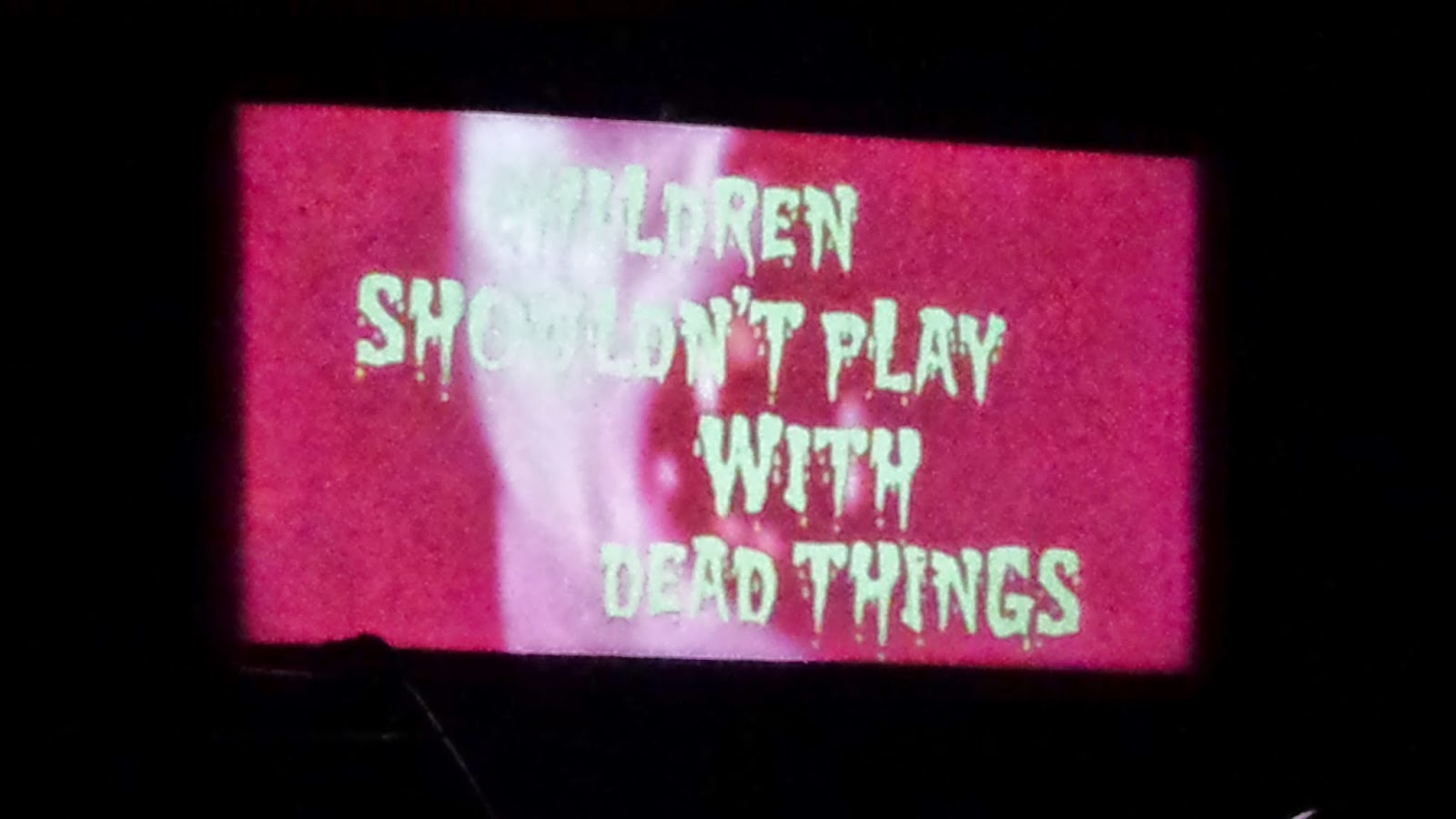