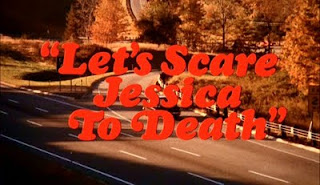 There ain't a better example of prime 70s low budget horror than "Let's Scare Jessica To Death", the kind of movie that doesn't show you as much on screen as it does in your own head, making implications and suggestions while never really stating exactly what is happening. It's strange that the movie's title and ad campaign seemed to position it as an exploitation shocker. While it's definitely low budget, it doesn't have much in common with the grindhouse movies that it was undoubtedly paired with at the drive-in. On the surface it's a movie about a ghostly vampire who inhabits an island community, but at its heart is a story about a likable, fragile woman who knows she is losing her grip but can't do anything about it.


The film opens and already we're treated to a hallmark of the 70s Doom genre....the flashback moment! Here is Jessica, alone and despondent, sitting on a rowboat in the middle of a lake wearing nothing but her nightgown. How did she get there? Well, the helpful watery dissolve takes us back to the beginning, when we see Jessica, her husband Duncan, and their friend Woody traveling in a big black hearse. Woody is kind of a hippie, Duncan is a bald guy who looks pretty uptight for a professional musician--he's leaving behind a position with the New York Philharmonic in order to get Jessica away from the city. Jessica has just spent some time in a mental institution, and her doctor has finally released her. Duncan has taken his life savings and purchased a farmhouse on an island in Connecticut. 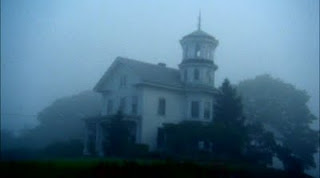 Jessica's fabulous nervous-breakdown pad.
Jessica's breakdown is not entirely behind her. She is haunted by voices in her head, and we hear them whispering to her even from the very beginning, when she is in a graveyard doing tombstone rubbings and sees a strange girl watching her. "Don't tell them, they won't believe you." Jessica doubts her own sanity after her breakdown, and she assumes that Duncan and Woody do, too. When they arrive at the farmhouse, Jessica sees another strange girl on the porch. The others see her too, and Jessica seems relieved. "I really did see something!" she smiles. It seems like all she needs is for someone to sneeze in the wrong direction and she'd go teetering over the edge again. 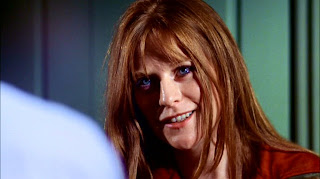 Hi I'm Abig-errr, Emily. Yes, Emily. My name's Emily.
They discover that the girl in the house is Emily, a young drifter who was squatting in the house because she thought it was abandoned. She gathers her things to clear out, but Jessica feels bad for her and asks her to stay the night. That evening consists of some dinner-eatin', guitar strummin', and spirit summonin'. Yes, Emily suggests that they hold a seance, never a good thing in a movie whose very title suggests that someone will be scared to death. Nothing happens during the seance, but it sure creeps Jessica out. 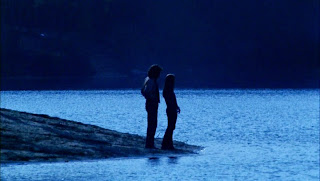 More things begin to happen to Jessica that make her question her sanity, but there really does seem to be something weird going on. An antiques dealer in town gives them the lowdown on their new home's bizarre history; he reveals that the three subjects in an antique photograph that Jessica finds in the attic are none other than the Bishop family, Abigail Bishop and her parents. Abigail drowned on her wedding day, and is rumored to roam the countryside as a vampire. Could this explain why Emily looks exactly like Abigail? Is this why the town seems to be populated entirely by old men with bandages on their bodies?
Of course it doesn't take much to figure out that not only is Jessica losing her mind, Emily is the long-dead Abigail, insinuating herself into their lives. However, it's Jessica's breakdown that really delivers the chills. Zohra Lampert is great as Jessica, who is likable and friendly, but slowly drawn back into whatever madness she was suffering from. It's no wonder, seeing as she's being attacked by vampires, but is it really happening to her? Or is she just imagining everything? Either explanation is just as bad. 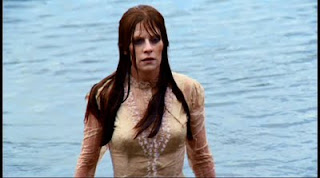 I first saw "Let's Scare Jessica To Death" on TV as a kid. I think it was on the CBS Late Movie on Friday night, but I can't be entirely sure. I do remember the introduction for it, with the super-serious, deep voiced announcer saying the name of the movie like it was the most terrifying thing you'd ever see. Well I admit I was just a kid, but the movie still gets under my skin. It has a very heavy atmosphere, full of whispering voices on the soundtrack, bizarre old men, dead pet moles, and spooky houses. As a kid I had no concept of a mental breakdown, and the fact that Jessica is trying to turn her life around and recover makes it all the more compelling to see her losing her grip.  Zohra Lampert delivers a very physical performance, often based on simple facial expressions and subtle moments rather than the screaming and terror that other horror heroines are usually called on to project. She really gets us inside her character's head, aided by the film's bizarre audio mix that often loops her own inner thoughts over footage of her face reacting to the weirdness going on around her. Just as good is Mariclare Costello, who is very scary and sexy as Emily/Abigail, just like a good vampire should be. She gets her own whisper track, too, a menacing one. 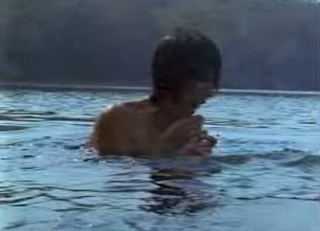 A terrific and scary moment is when Lampert and Costello are sunning on a raft and suddenly Costello pushes Lampert in the lake and seems like she's trying to drown her, and Lampert feels powerless to try and stop her. The sequence is even more uncomfortable because Costello keeps touching Lampert intimately and trying to kiss her, combining the attempt on her life with sexual advances. The vampires in the film are not the kind that need to avoid sunlight, there's more of a similarity between them and the helpless disease victims that David Cronenberg created later in films like "They Came From Within" and "Rabid", or the living dead cannibals in "Messiah of Evil": ordinary-looking people who suddenly want to bite or scratch you so you'll be just like them. But by the time the movie comes full circle and we wind up with Jessica again, floating all alone on that rowboat in her nightgown, the fact that the movie was about vampires is somehow forgotten. Although there's nothing in it that'll scare you to death, this movie left me with an uneasy feeling that lasted a long time after the credits rolled. 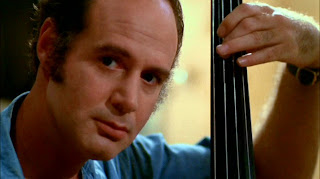 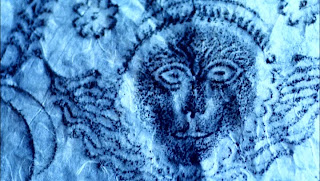 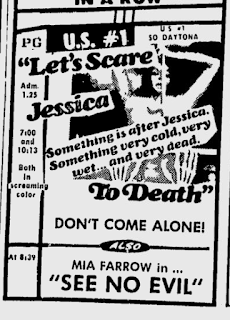 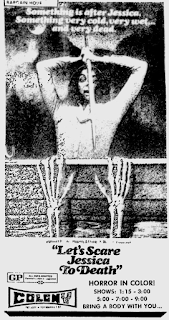 Man this is such a great and haunting film.

One of my favorite movies. I love the atmosphere. A great 70s gem, still so damn effective.