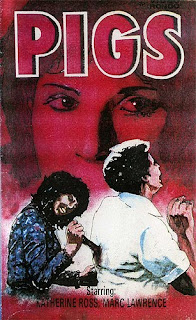 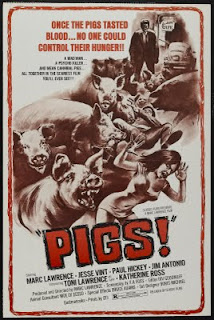 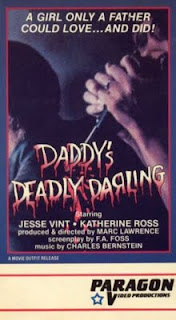 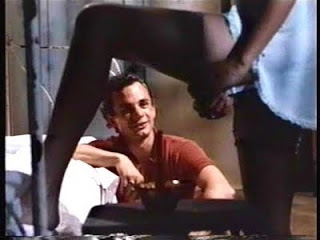 Zambrini shows Lynn to her room without hardly saying more than a few sentences to her, and in a moment of intense foreshadowing, Lynn opens up the bathroom medicine cabinet and finds....A STRAIT RAZOR! Pretty soon the locals come sniffin' around, and Lynn meets Sheriff Dan Cole, who tells her that not only is the registration expired on "her" car, it's a missing vehicle. For some reason, Dan does not seem to think this is unusual, and doesn't report it. A sleazy customer named Johnny comes in and tells Lynn that Zambrini was a circus performer who fell off a high wire (or something) and was pronounced dead, only to reawaken at the morgue. How's THAT for a circus trick? Johnny begs Lynn for a date, and when she finally gives in, he drives her into the middle of nowhere in his pickup truck and tries to rape her. Dan drives by in his squad car, immediately sensing that Johnny is up to no good, but darn that laid-back sheriff, he just lets it slide and drives Lynn back home. Lynn pays Johnny back by inviting him into her bedroom the next night, putting on a sexy strip show for him, then slashing him to death with Zambrini's razor. Zambrini walks in and comforts Lynn, then disposes of the body by feeding it to those handy pigs out back, you know, the ones that like to eat corpses? A beautiful friendship has begun. 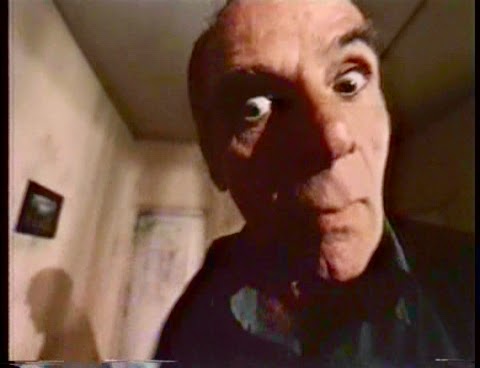 For a cheap drive-in screamer, "Pigs" is ambitious in the way it attempts to develop Lynn as a character, and Toni Lawrence carries a few difficult scenes extremely well. Periodically throughout the film, she makes phone calls to some disconnected phone number and thinks she's talking to her father; Toni has this multilayered life that she's created for Lynn, where she sometimes appears normal on the surface, but she'll give this sneaky look before slipping off to the payphone to make one of her imaginary phone calls. After she does this the third time though, you might just wanna give her some lithium. Another scene features her playing with her hair and staring off into space while Sheriff Dan questions her, and while he seems frustrated by the fact that she won't either look at him or answer his questions, this apparently isn't enough to set off enough warning bells in his thick head. He's a classic 70s tool who's too dumb to connect the dots, and ya gotta love that. 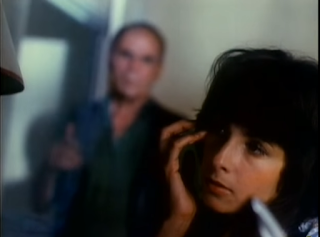 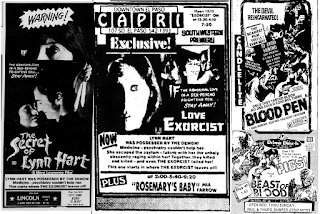 Posted by GroovyDoom at 5:00 PM