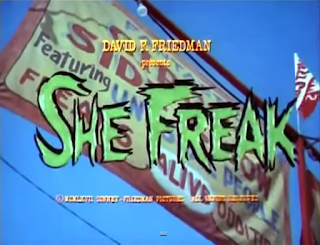 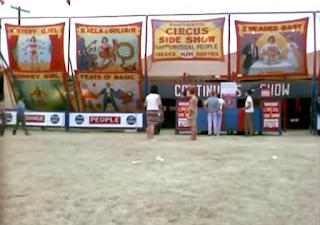 The same wraparound gimmick used in "Freaks" is present here, with a bunch of people in a carnival freak show looking at some atrocious abomination they keep penned up for exhibit.  We don't see it, though, so we know that's the movie's big surprise.  If you've never seen "Freaks", and you were sometimes kept guessing by episodes of Scooby Doo, you will probably not realize who the freak exhibit will be.  The plot then flashes back to introduce us to a cold-hearted B named Jade Cochran.  Whether intentional or not, the film has a nifty little twist in the beginning when Jade is seen waiting tables in a greasy spoon.  Claire Brennan was a beautiful woman, and she makes Jade seem really cute at first.  Then she turns mean.  Real mean.  A redneck tries to pick her up and she turns him down, and then the lecherous diner owner puts the moves on her.  Jade has a complicated view of the world, though.  She smiles, and then she tells you you're pond scum and she wouldn't piss on you if you were on fire.  No, Jade reveals her gold-digging ways early on, and when a man stops by the diner bringing news of a carnival on its way to town, Jade wastes no time begging him for a job.  He refers her to the carnival boss, much to the chagrin of Jade's Mel Sharples wannabe diner boss.  His parting words to her are "You're goin down...all the way down...you're goin to Hell!" 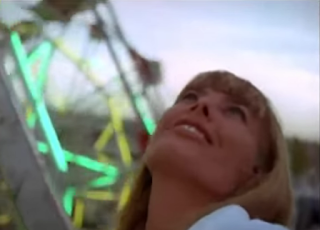 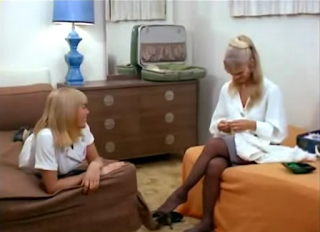 From here on out, it's the plot of "Freaks".  Jade makes an impression on people at the carnival by smiling a lot, and she even makes a girlfriend out of a girlie-show dancer named Pat, who invites her to be roommates.  Jade must not be familiar with carnies though, because she wanders by the freak show and runs horrified back to Pat, complaining about how horrible they are.  Pat gently reminds Jade that these are her coworkers, but in a pivotal plot point, Jade insists she hates freaks. Pretty soon Jade's putting the moves on the carnival boss, Steve St. John, and all it takes is for one long, silent montage of Jade & Steve riding the ferris wheel (metaphorical?) and they're married!  What Jade reallys like, though, is the brutish Blackie Fleming, who roughs her up a little behind Steve's back.  Jade goes on another one of her anti-freak tirades, and Steve doesn't seem to be bothered that she's acting like a total sociopath, especially considering he explains to her that he gives the outcasts a chance to make their own living where they might not have that opportunity elsewhere.  Here's the funny thing, though: aside from a little person they call Shorty, none of the sideshow performers are unusual.  They're ordinary looking people doing unusual things, like swallowing swords and dancing with snakes.  A couple of them have frightmasks glued on their faces.  Big deal, they're not even interesting enough to hold someone's attention in a carnival freak show, let alone be considered "different". 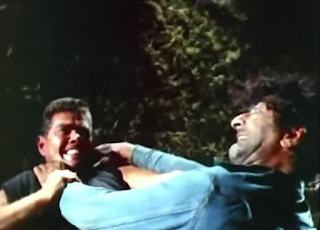 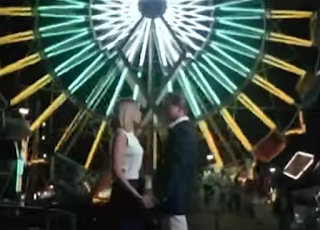 Shorty catches onto Jade's affair with Blackie and tries to warn Steve about it, and Steve slaps him for his trouble.  It isn't long before Steve finds out the truth when he catches Jade with Blackie, and Blackie stabs him to death after a fight.  Jade stands by and smiles coldly while Steve dies, and she sits back and inherits the carnival while Blackie gets carted off to jail.  Amusingly, she thinks she's going to run the carnival with an iron fist; she sends Shorty packing, and tells her former friend Pat to get back to the hoochie tent and shake her stuff where she belongs.  Jade's position as Queen of All Bitchdom is short-lived, though, when Shorty returns one scene later and corners Jade outside a couple of trailers with the entire group of "freaks".  Just like that movie called "Freaks" that you might have heard about, they cut Jade up real good and turn her into a sideshow of her own: the narrative returns to the present and shows Jade huddling in a pen with snakes, wearing some weird makeup.  So the people we're supposed to pretend are freaks ganged up on her and turned her into...a person we're supposed to pretend is a freak!  How's THAT for your M. Night Shyamalan moment? 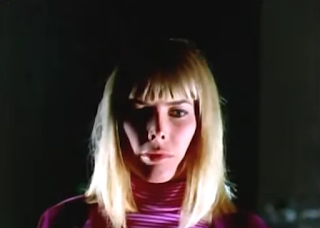 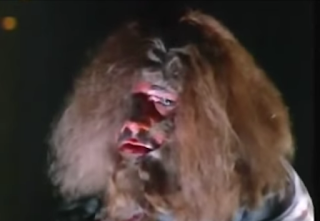 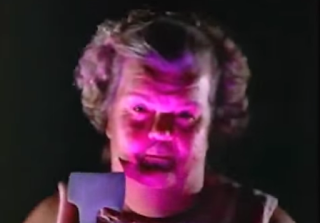 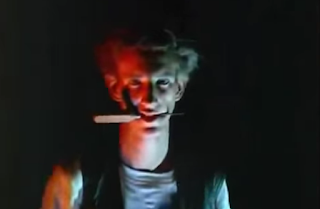 This pseudo-remake (not to be confused with Pseudo-Echo) is of interest to me only because of its retro-chic appeal. And believe me, dear reader, the appeal is humble. "She Freak" was fun for me because I liked Claire Brennen's deliciously evil performance, too. She was a lot better than she needed to be for a movie like this, that's for sure. I loved seeing the old traveling carnival footage, and lucky for me it comprised about half an hour of this film's runtime.  "She Freak" has the vacant, meandering atmosphere of a Doris Wishman film. Long sequences are shot silent and presented as a montage, with imitation Lex Baxter lounge music over top of it. Lots of minor-key vibes tinkling over scenes of ferris wheels spinning. It's dead space, but it has a hypnotic effect as well. Sometimes it's interesting to see just how empty a cheap movie like "She Freak" can be. 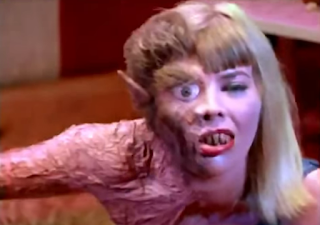 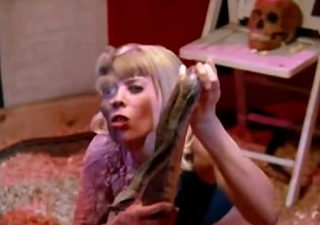 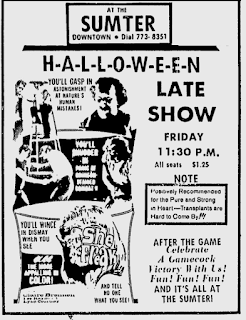 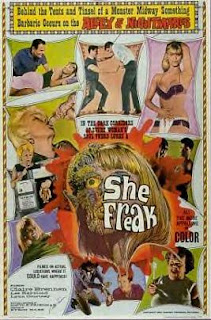