Mannequins are a strange obsession. I remember seeing an episode of "Hoarders" where this guy was so into collecting mannequins, he rented a separate apartment just to keep them all! They're also a recurring theme in horror flicks of all kinds. There's something unnerving about them, maybe because they're almost - but not entirely - realistic. Here's a list of six times mannequins crossed the line from benign retail accessory to shudder-inducing threat! 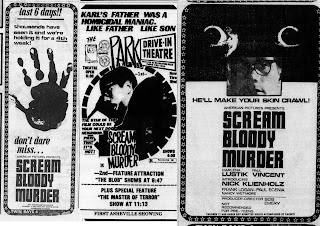 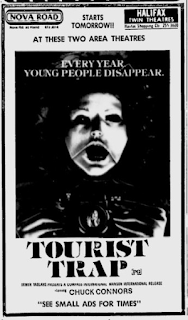 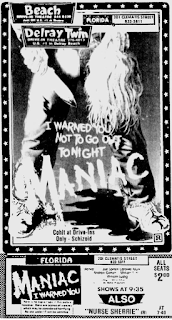 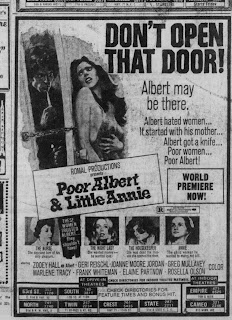 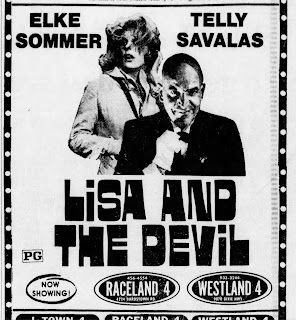 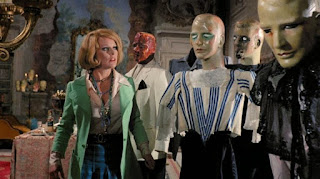 Posted by GroovyDoom at 3:05 PM

Two super creepy short films about mannequins that can be found on youtube: David Schmoeller's The Spider Will Kill You (1976) and Living Dolls (1980). Also, check out Tales From the Darkside episode 4.2 Mary, Mary.

I haven't seen it in years, but it seems like the made for TV movie THE STRANGE AND DEADLY OCCURANCE from the 70s had a creepy mannequin sequence, and of course, THE TWILIGHT ZONE.

Doesn't a mannequin get hacked up in Criminally Insane?

Interesting list. I'm looking for a movie or TV show which had a very brief scene of a talking woman mannequin or talking woman doll sitting near a fireplace or sitting inside a house. I have a vague memory of such a scene on TV in 1976. Is there any such movie or TV show from the 1960s or 1970s with such a scene. It would have to be from 1976 or before. It would take a very knowledgeable person who knows about movies to know which movie this is.

I'm looking for the movie where the character goes into room and its filled with mannequins covered in sheets. Something is under one of them?

I'm looking for a movie that has a man turns a woman into a statue. While applying the cement or something on the statue, he told her to move or changing pose, then the statue changes pose. Please help me.

Many years later I am still looking for a certain horror mannequin movie. I don't know it's name nor when it was exactly made. I only saw a trailer for it on a rented VHS tape. I don't remember what movie the rented movie was either. I saw this trailer somewhere around 1991 I think? As late as 1995. The trailer was NOT for "mannequin (1987)".

The trailer was creepy. The story of the trailer showed us this guy that was working at an office I think? He was awkward so he got himself a mannequin and dated it for a long time. However one day he gets a new female co-worker. They hit it off and he starts dating her... getting rid of the mannequin. However the mannequin now seemingly comes to life and becomes jealous and starts stalking him... and tries to murder the new woman? You never see the mannequin moving in the trailer, you only see her leg as she is sitting in a car... so for all I know maybe it was just the guy being insane and having a split personality? Anyway... this is all that I know about the movie. If anyone know what movie it is... please tell me.

I havent found any movie from the 1970s or earlier which bas a scene of a talking woman mannequin sitting near a fireplace. The closest thing I could find is the movie Burnt Offerings released in October 1976 on TV. It stars Oliver Reed, Karen Black, and Bette Davis. Karen Black transforms into the mysterious elderly Mrs. Allardyce at the end of the movie. She transforms into an old lady and sits upstairs in an attic, and not near a fireplace. Shes a real live person in old lady makeup and not a mannequin. When her husband Oliver Reed approaches her in the attic she turns around and says, I've been waiting for you Ben. Her husband is so horrified by her transformation he jumps out the window and falls to his death. So there it is. Maybe I remembered the scene wrong. Its called the Mandela Effect. Maybe I imagined actress Karen Black to be a mannequin in this short scene. Why do we see things wrong? Why do we remember things wrong? Burnt Offerings 1976 the movie can be seen on youtube.