Night two of the April Ghouls Monster-Rama was absolutely stellar, an all-zombie lineup that did not disappoint. For all the times I've seen "Dawn of the Dead", I don't think I've ever had the pleasure of seeing it on a giant screen, and the experience at the Riverside Drive-In was nothing short of fantastic. Given the difficulty in obtaining a 35mm print of "Dawn" for public exhibition, this film was a BluRay projection, and it looked great.

Aside from the experience of a seemingly plausible version of what is certainly the apocalypse, watching "Dawn of the Dead" is a doubly strange experience for those of us who visited Monroeville Mall in the 1970s and early 80s. If the film hadn't been made, many of these images would have been distant memories for most of us--the ice rink, the fountains, that courtyard with the weird clock, all of that is long gone. Seeing "Dawn" larger than life was pretty amazing. 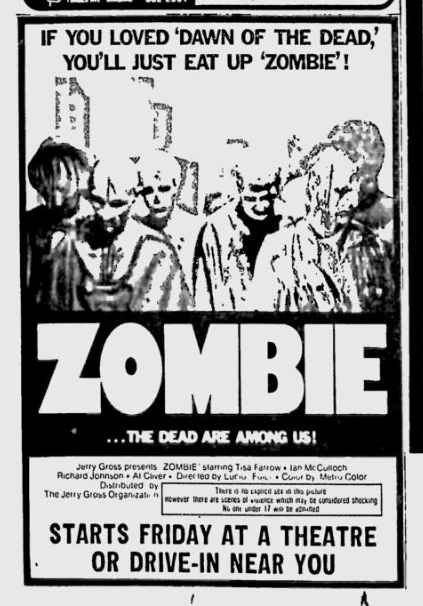 I wasn't prepared, however, for just how fantastic it was to see "Zombie" big screen, at a drive-in. After all, I had been wanting that experience since I was about 9 or 10 years old. We went to the drive-in to see "Silent Scream" and as we left, we were given a flyer promoting next week's feature: "Zombie". 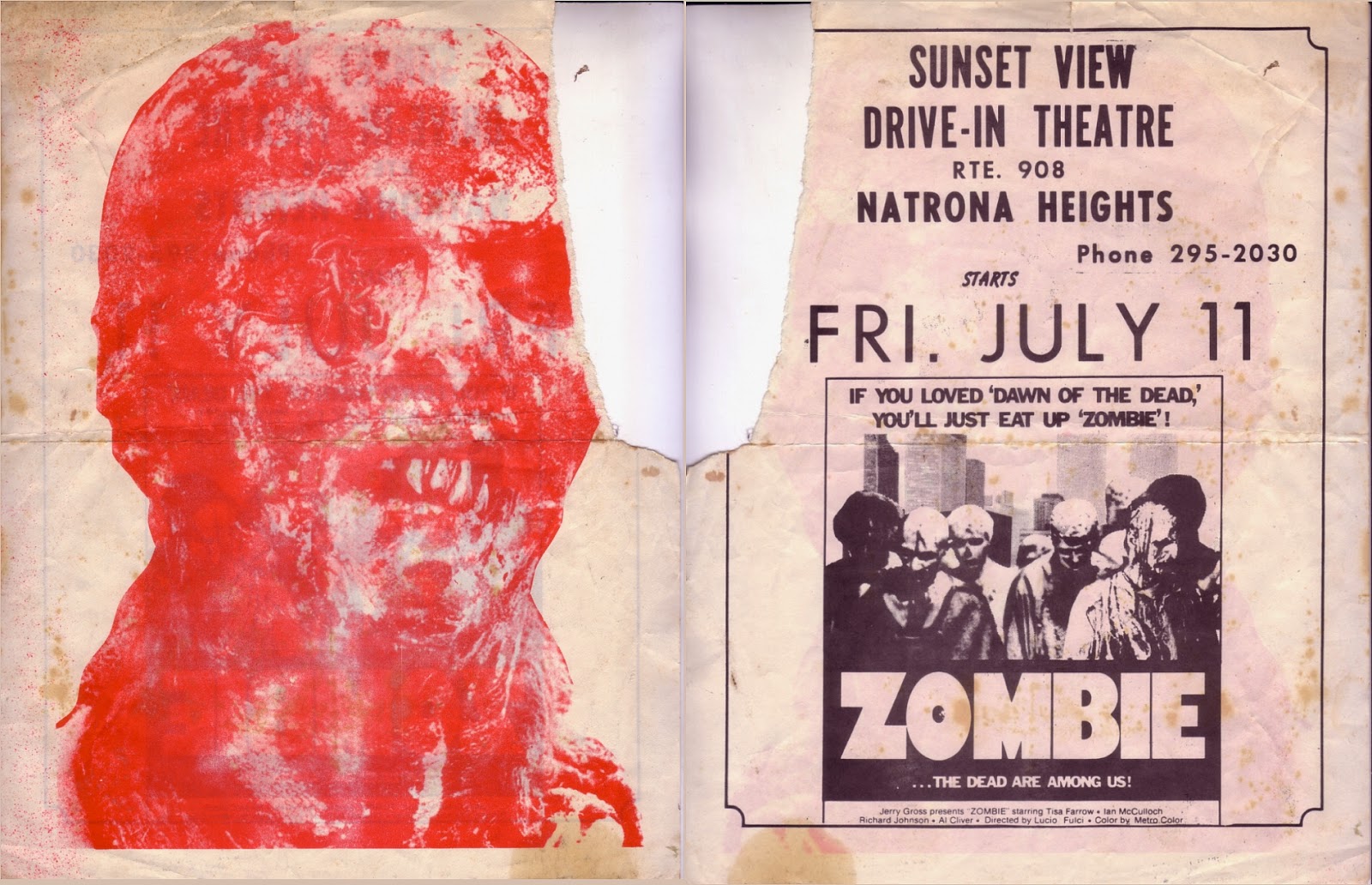 See? I still have it! Well, what's left of it, anyway. For some reason, I couldn't get anybody to bring me back next week to see this movie in 1980. But here was my big chance, and "Zombie" was mind boggling on the drive-in screen, very immersive and a different experience to watching it at home for sure. I still think Fulci's zombies in this flick are among the best ever, not much matches them for sheer creepiness and vicious attacks. That graphic scene where the four heroes discover the body of Mrs. Menard being devoured by zombies is one of those memorably shocking moments that sticks with you after you've seen it. 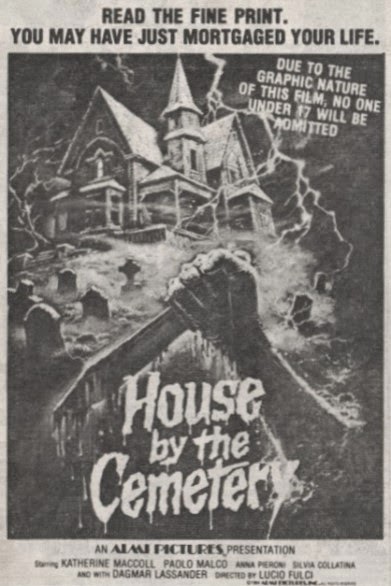 Speaking of shocking moments, one of the more weirdly upsetting on-screen deaths occurs in the utterly nonsensical but really scary "House By The Cemetery": an unlucky visitor to the creepy title house finds herself slowly gouged to death by a zombie doctor wielding a sharp fire poker. I still can't figure out why she doesn't fight back with her hands, just like I can't figure out why the babysitter later mops up the huge bloody mess as if nothing's going on. But in a Fulci movie you do not ask these questions, you just go with it. "House By The Cemetery" was a great addition to the Saturday night festival. 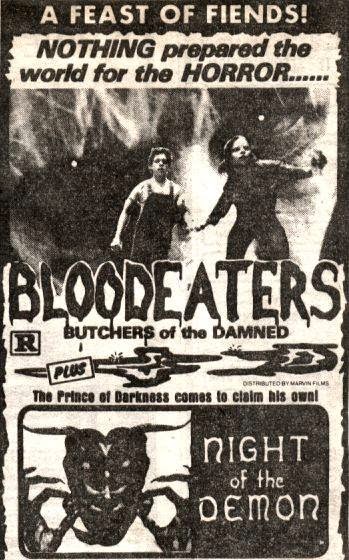 But if you've never seen the 1980 film "Bloodeaters", aka "Toxic Zombies", then you were in for a real treat, a true low budget oddity that is exactly the kind of thing that was always lurking as the second or third (or even fourth) feature of a lineup just like tonight's. To be exact, it is not a zombie movie, since the ghoulish marauders in the film are not dead people. They're actually a group of hippie type marijuana harvesters hiding out in a state park. After they murder two federal agents who had been on their trail, the government sends a renegade alcoholic crop duster to poison the pot crop with an experimental highly toxic chemical. The hippies get covered in the chemical, which turns them into homicidal lunatics who attack normal people with machetes, knives, and various other sharp objects. A park ranger and his family get caught up in the mayhem, as do a pair of "kids" made orphans by the "zombies". It's ultra low budget stuff and very much in the spirit of the drive-in.

The turnout for this weekend was very strong on both Friday and Saturday, a lot of people came out to share in the excitement of seeing these kinds of films exhibited and enjoyed by a collective audience of enthusiastic fans. It's a feeling that keeps us coming back for more!

Make sure you plan on joining us in September for the next Monster-Rama film festival. Keep tabs on what's happening on Facebook at The Drive-In Super Monster-Rama Page! Later and much love, fellow monster kids! 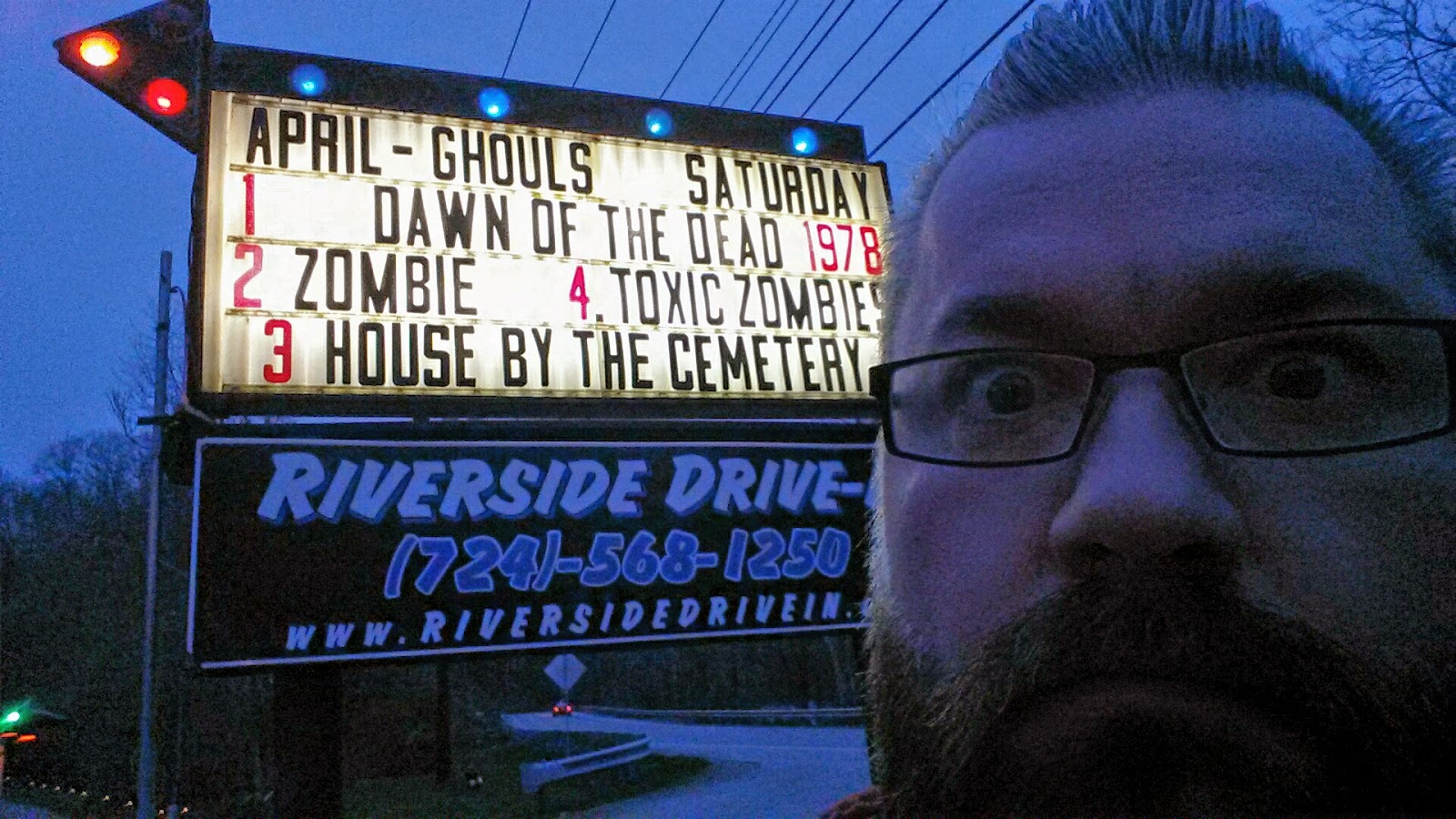 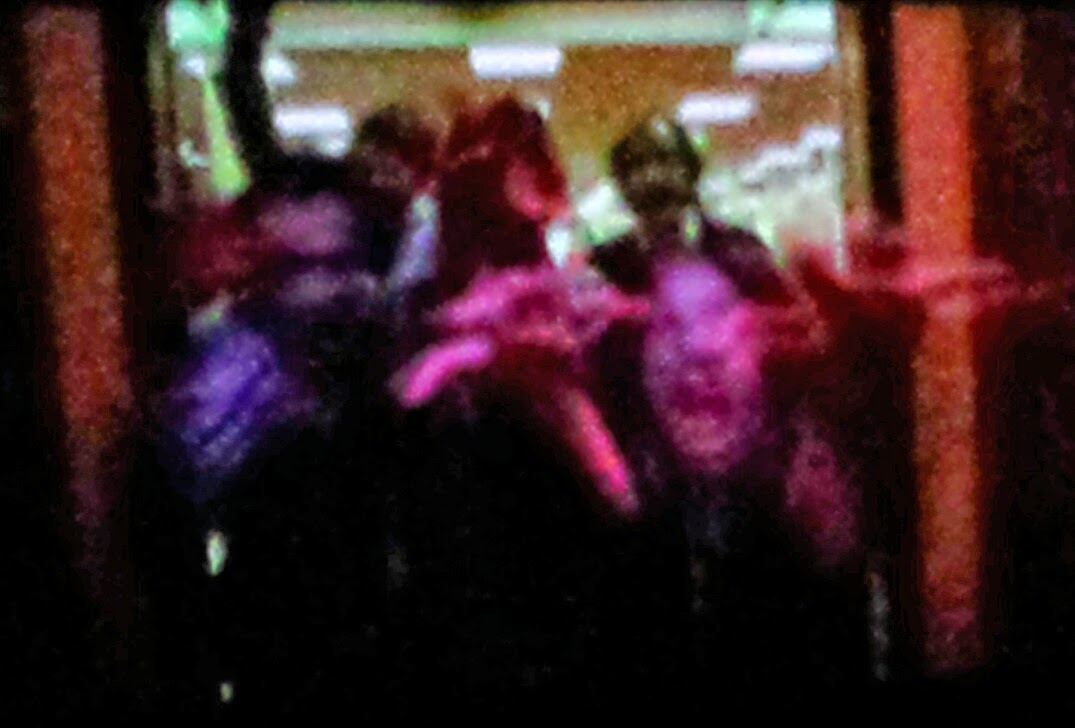 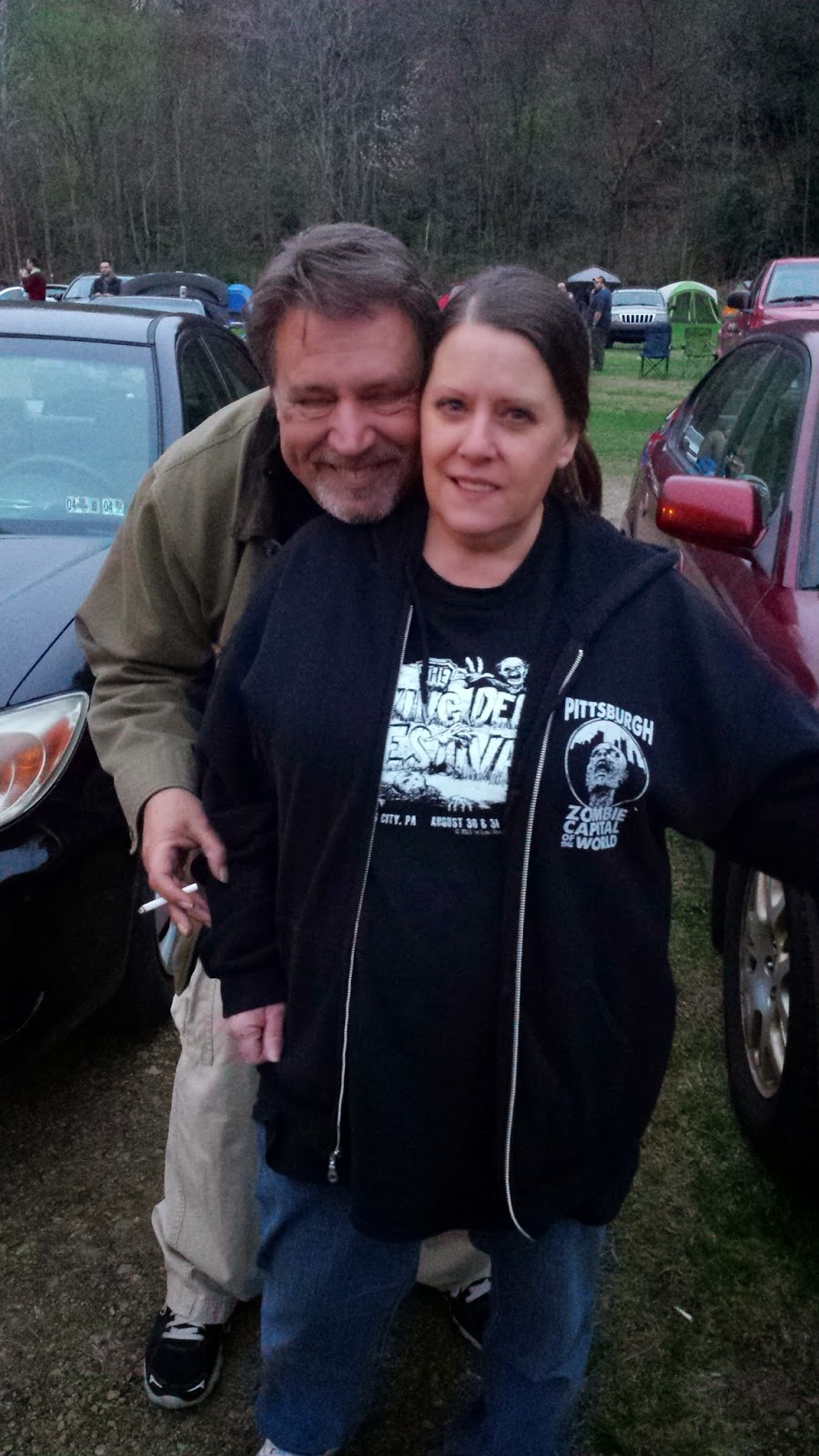 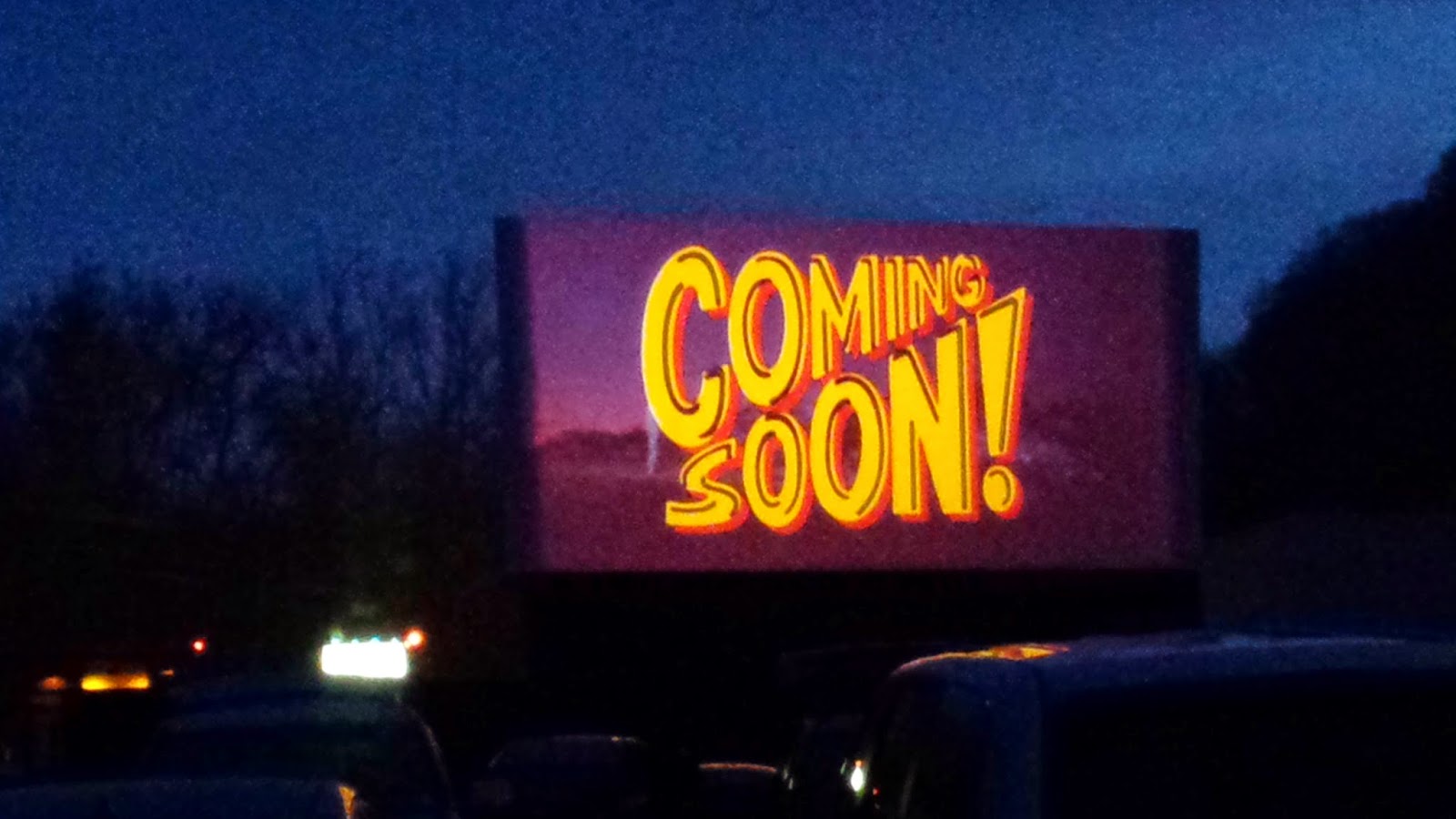 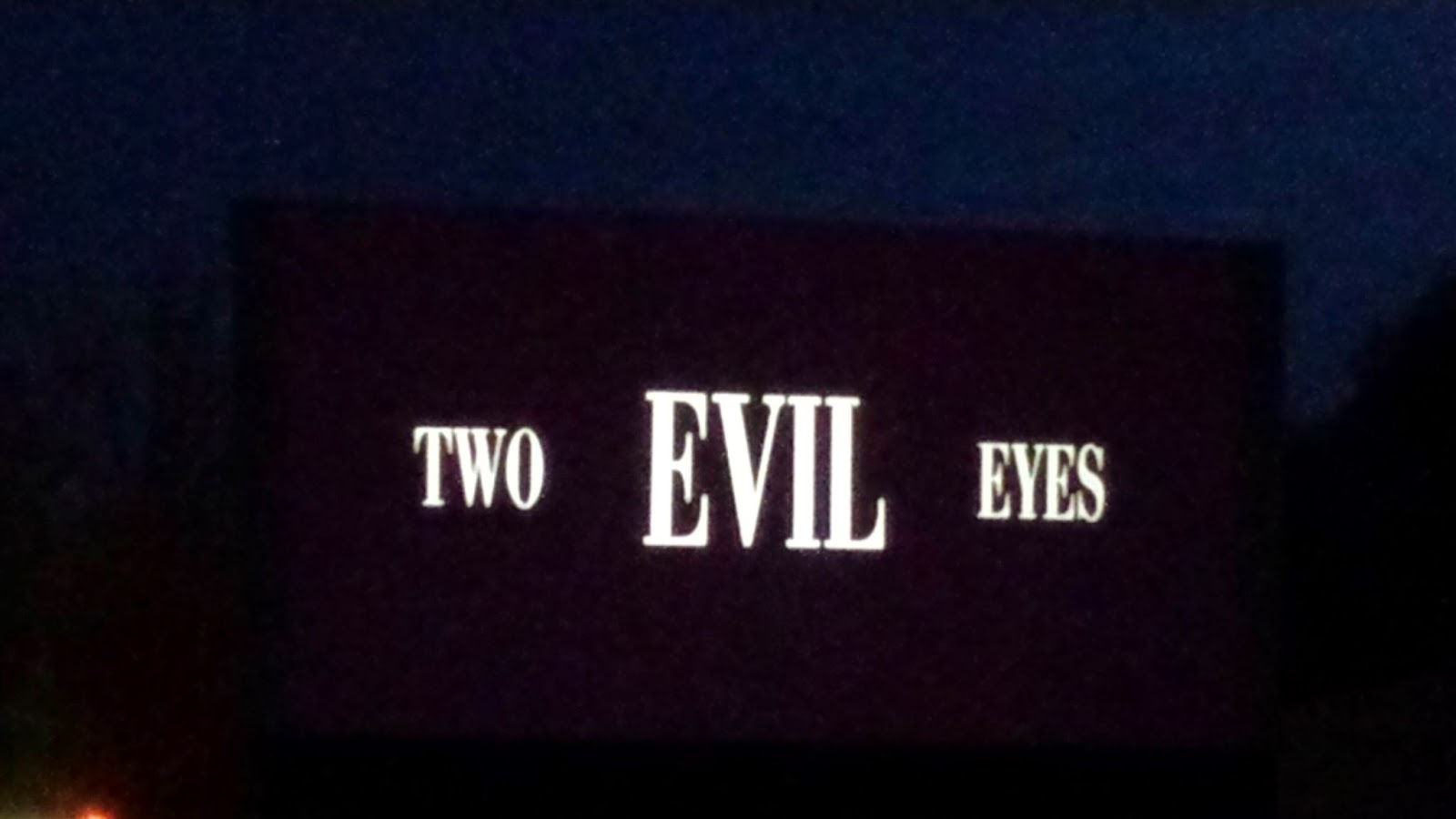 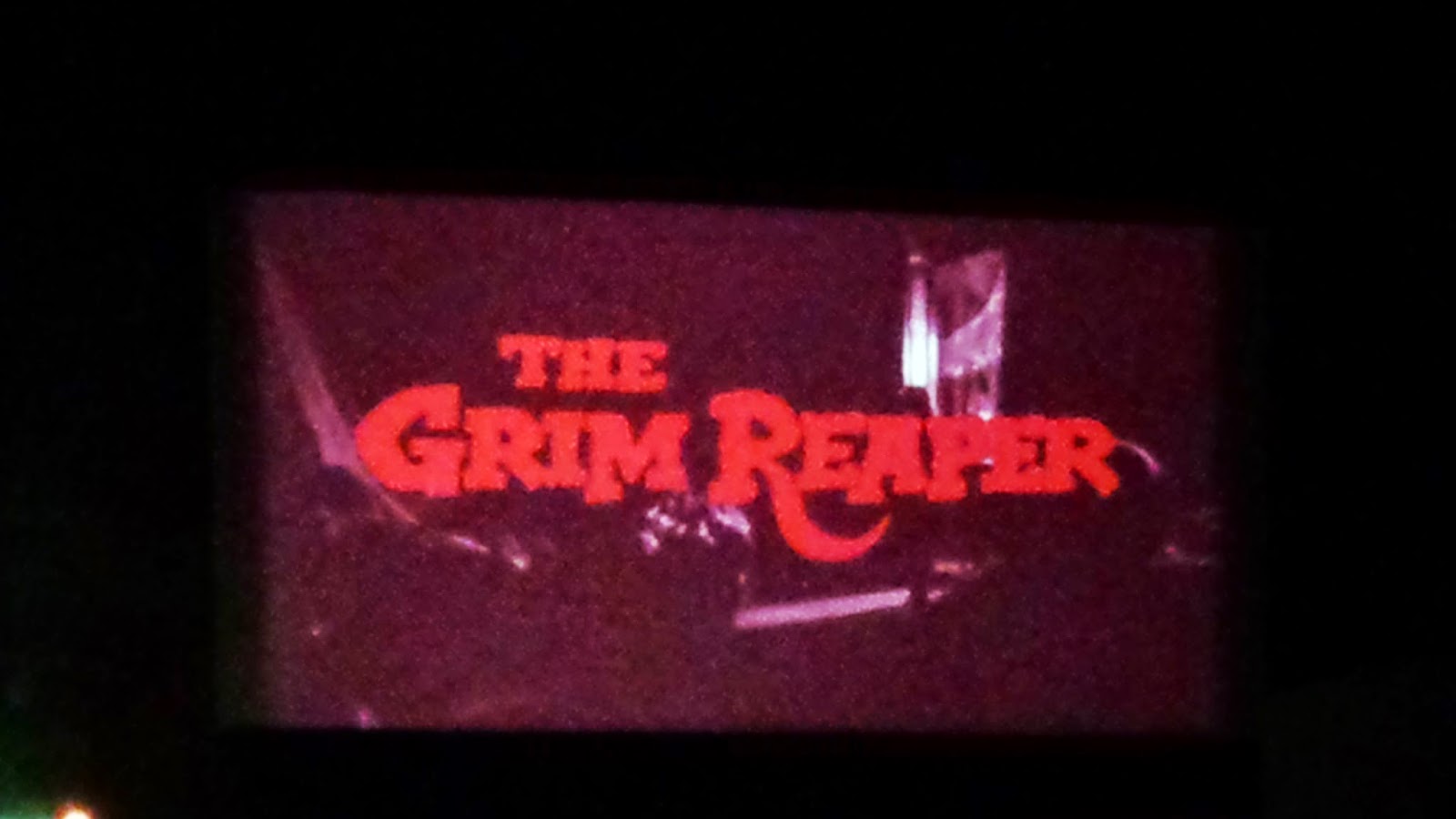 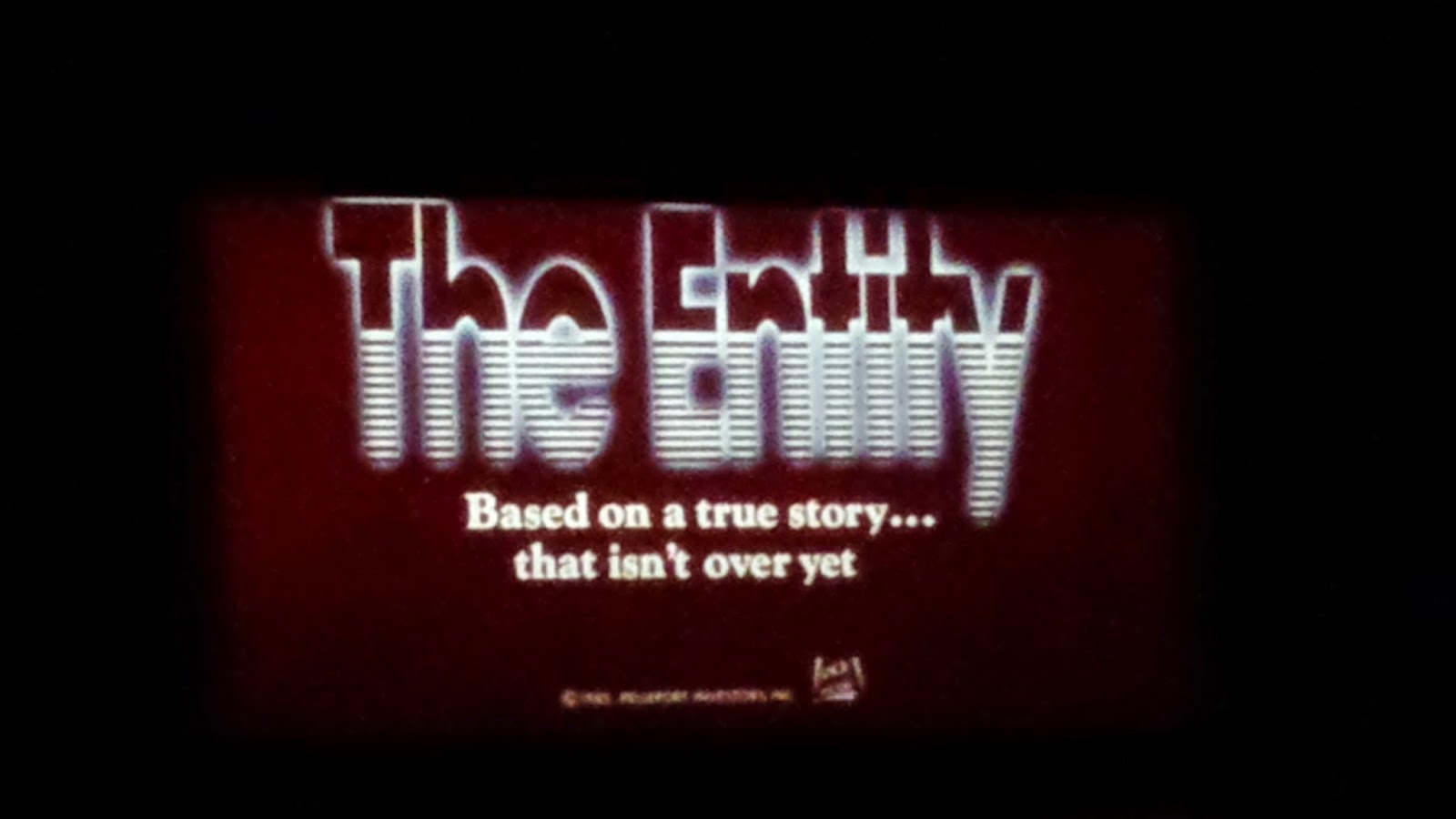 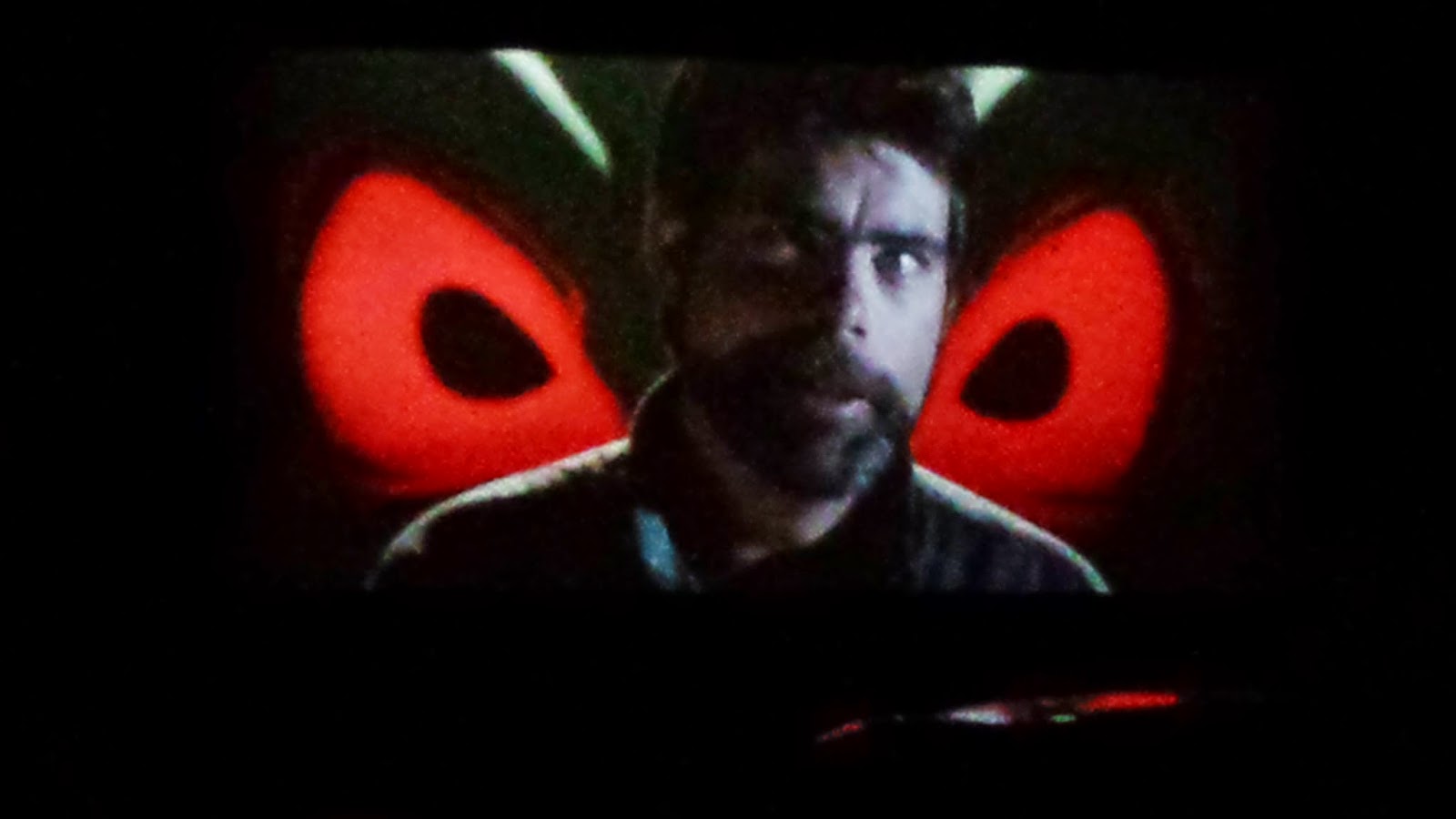 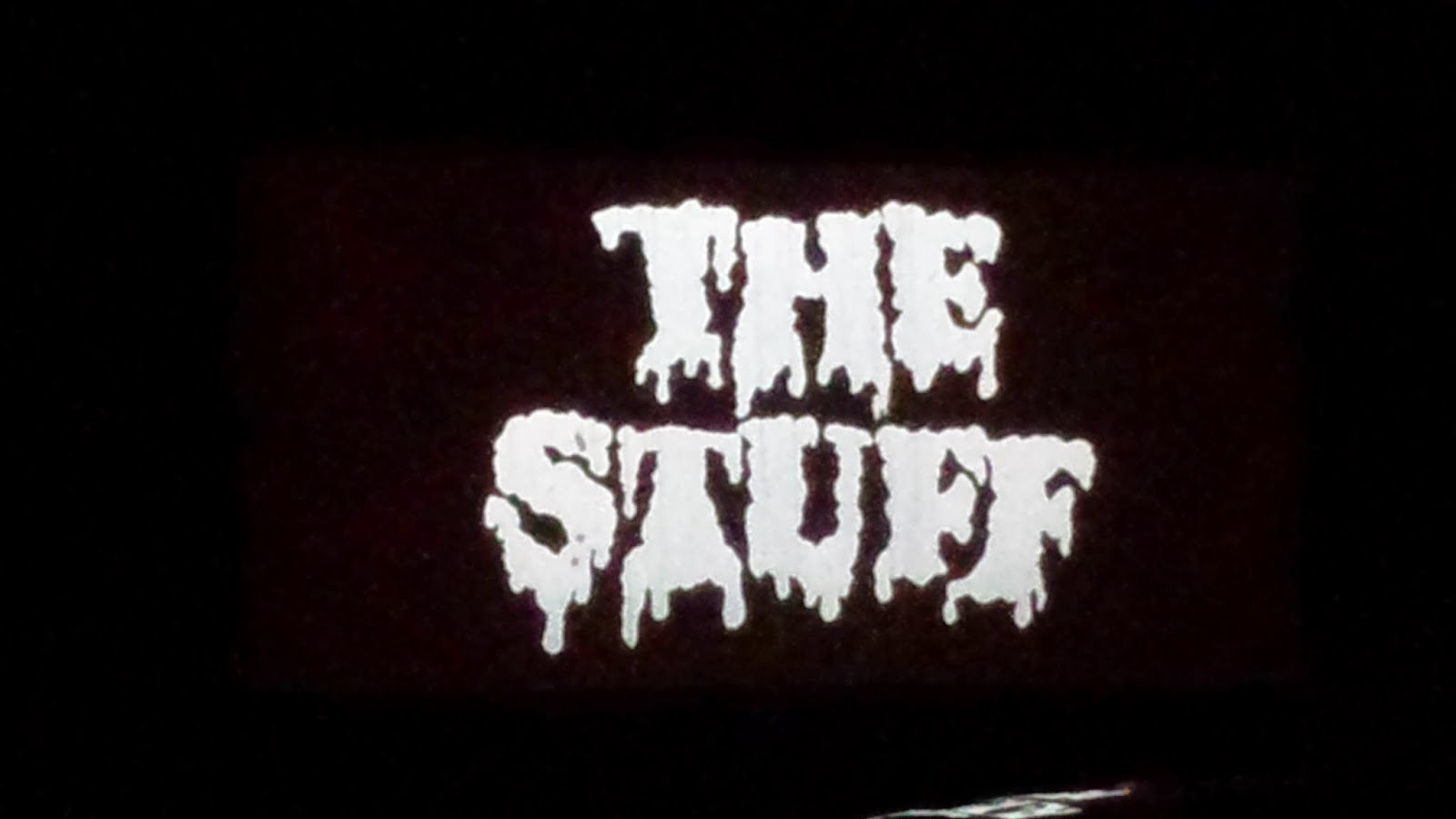 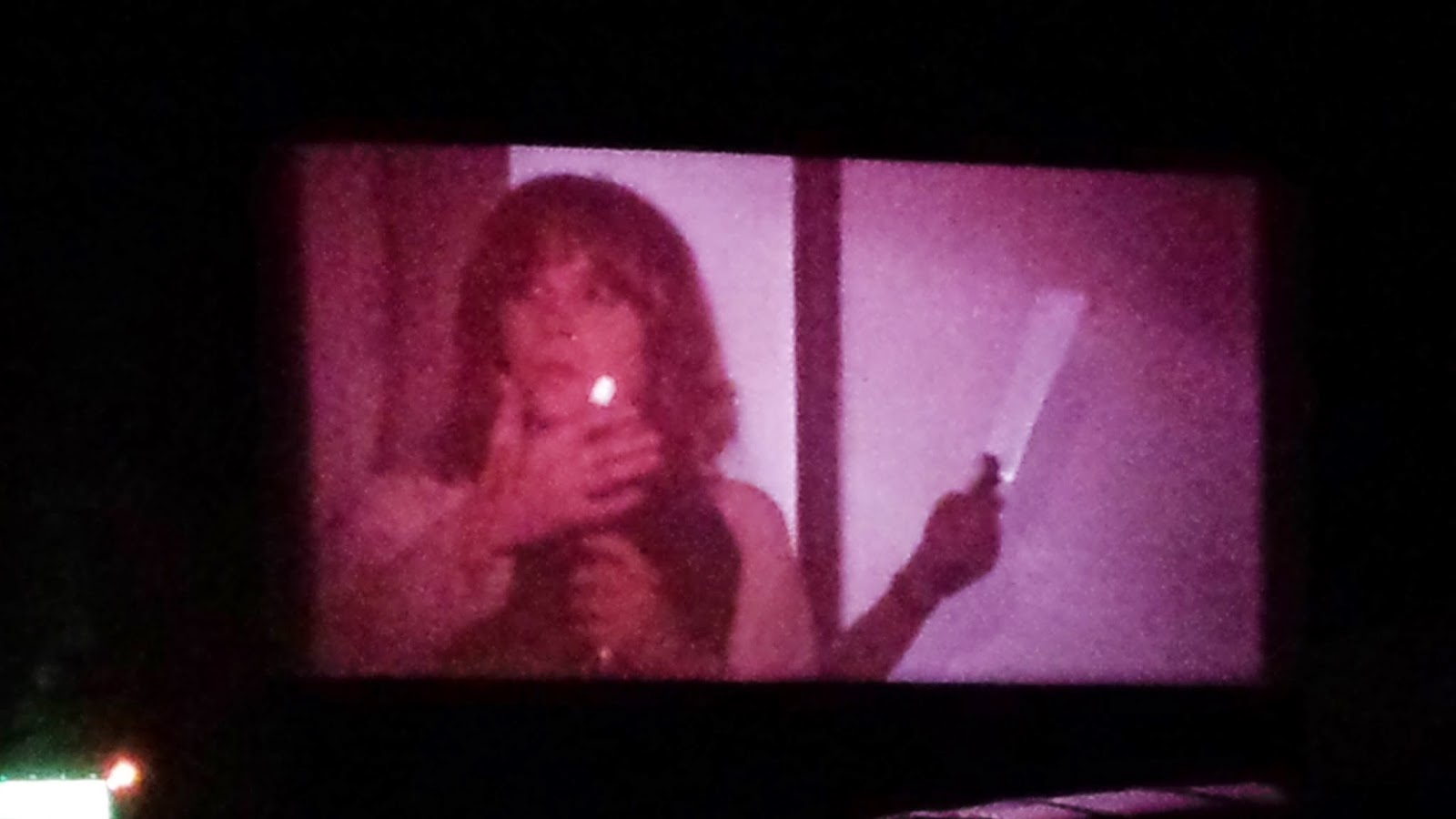 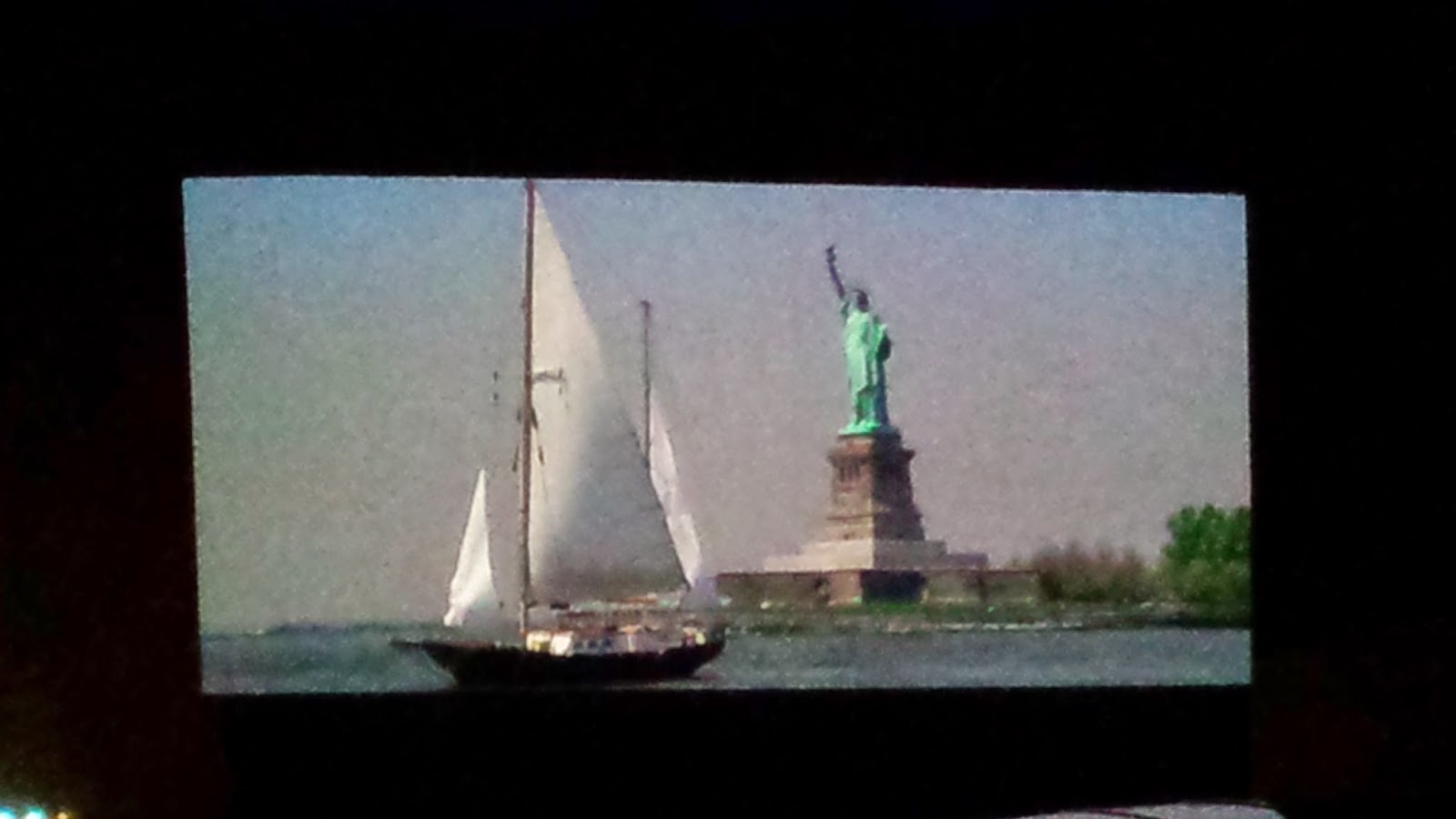 Nice pics. A great weekend indeed, as always. As I was saying to some friends this weekend, for an event dedicated to watching people get murdered, you couldn't find a nicer group of people.