As you may have picked up already from my Facebook page, I get a little excited over the local bi-annual horror festival that happens at The Riverside Drive-In. You would too, fellow horror geek, if you lived here. And this weekend is another "April Ghouls" horror marathon, now an annual event just like its late summer cousin, The Super Drive-In Monster-Rama. The Riverside was more crowded than I recall seeing it before, hopefully a good sign that we'll be getting more of these events in the future. I got to see inside the projection booth this time and check out the fantastic digital projector the Riverside acquired, right beside the classic 35mm projector. The April Ghouls festival incorporates both digital projections and standard film. 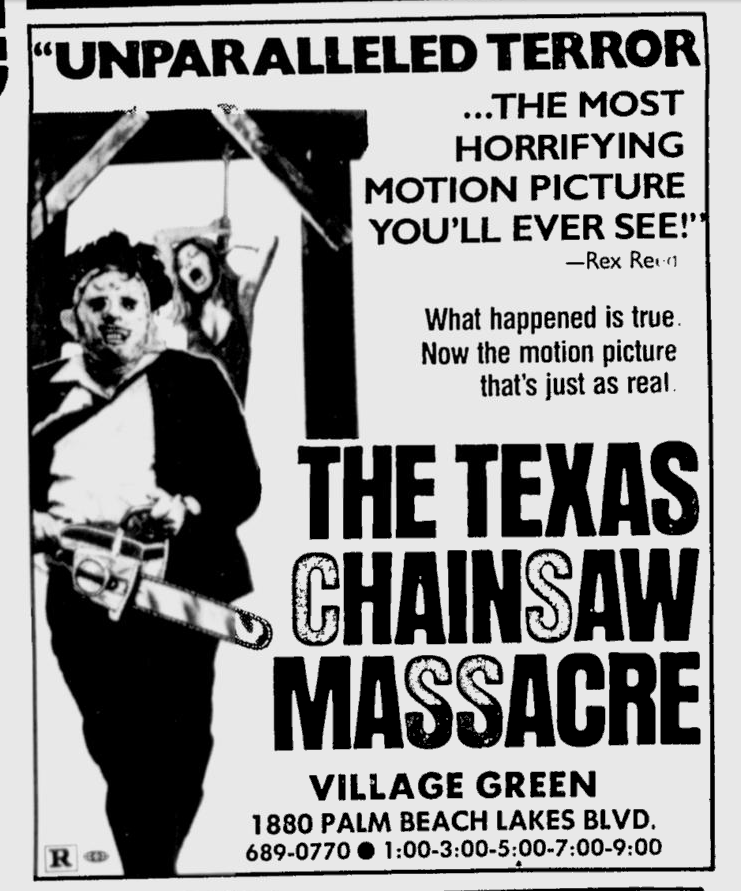 First up was "The Texas Chain Saw Massacre", something I've never seen at a drive-in before. I did see it once in a crowded theater, with the sound turned down so low that all I really heard was people chewing popcorn around me. But in my car, I was able to turn it up as loud as I wanted to, and the sound design is fantastic in the new 4k restoration.  It's been a while since I've seen the movie, and I haven't watched it since Marilyn Burns passed away recently. I have to say its ability to shock and disturb can go undiminished, especially Marilyn's performance. She's absolutely feral in the final third of the film where she has to fight for her life, and the way she just throws herself into it is stunning. The first two murders, Pam and Kirk, also are chilling in the way they happen so suddenly, brutally, and seemingly out of nowhere. It always gives me the creeps the way Pam is sitting outside on the swing, completely unaware that inside the house her boyfriend is already dead. After being grabbed by Leatherface in that stunning shot where he picks her up from behind, she's hung on a meathook and must then watch this bizarre lunatic saw off his head and extremities with a chain saw. The final dehumanization she suffers is when she's apparently removed from the hook (off screen) and then stored in a freezer while still alive. The matter of fact way this all happens is one of the scariest things about the movie. 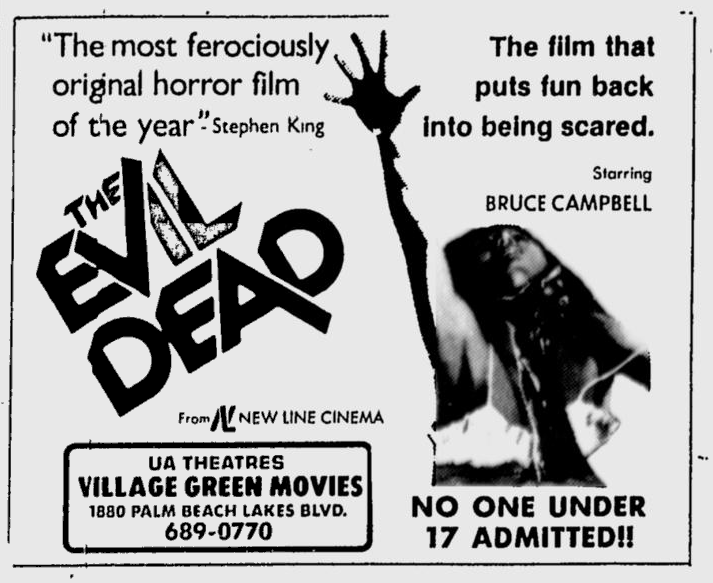 "The Evil Dead" is one that I've seen big screen before, although not during its original release in 1981. I like the first two films, don't really care for "Army of Darkness" (as in, I don't ever want to sit through it again in my life), but the first film still has a sense of cheapness and mystery about it that I love. It's not as jokey as the second one, and the fact that most of it is played with a straight face is what I love about it. The fantastic possession and demon scenes are so inventive and cool, especially the stop motion faces when the demons themselves actually seem to manifest for a moment before disappearing at the end of the movie. 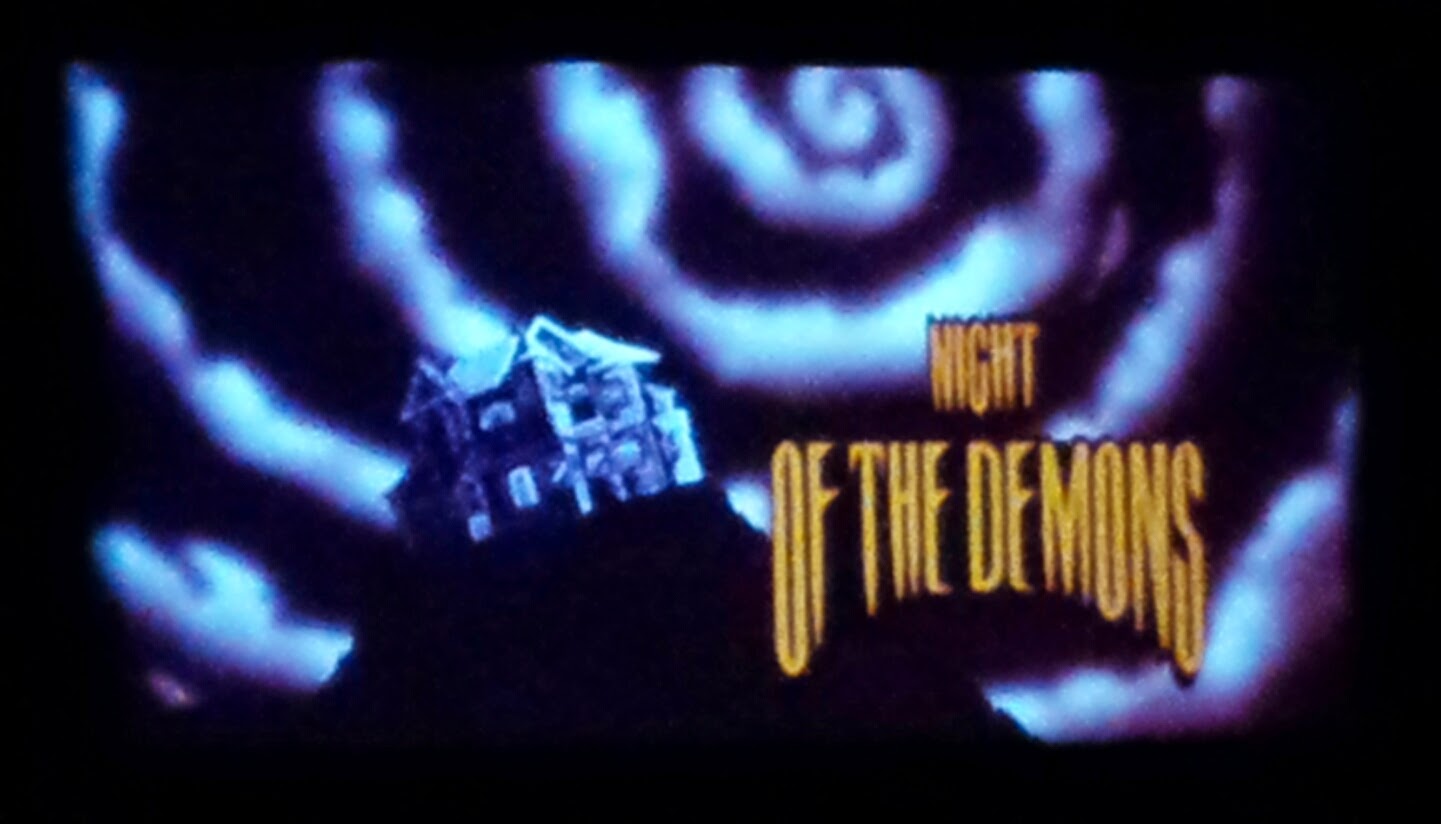 Third feature, "Night of the Demons", well....maybe the less said about it, the better. After the two trailblazers that came before it, this movie is clearly out of its league, instead seeming more like it's assembled from other parts of better movies. It has a playful self-awareness, as if it knows how silly it's being, but it never gets around to actually being scary. The casio keyboard soundtrack does not help, either. What it does have going for it is some fantastic makeup and set design, as well as a great performance by scream queen Linnea Quigley, who has some trouble with her lipstick in this movie. 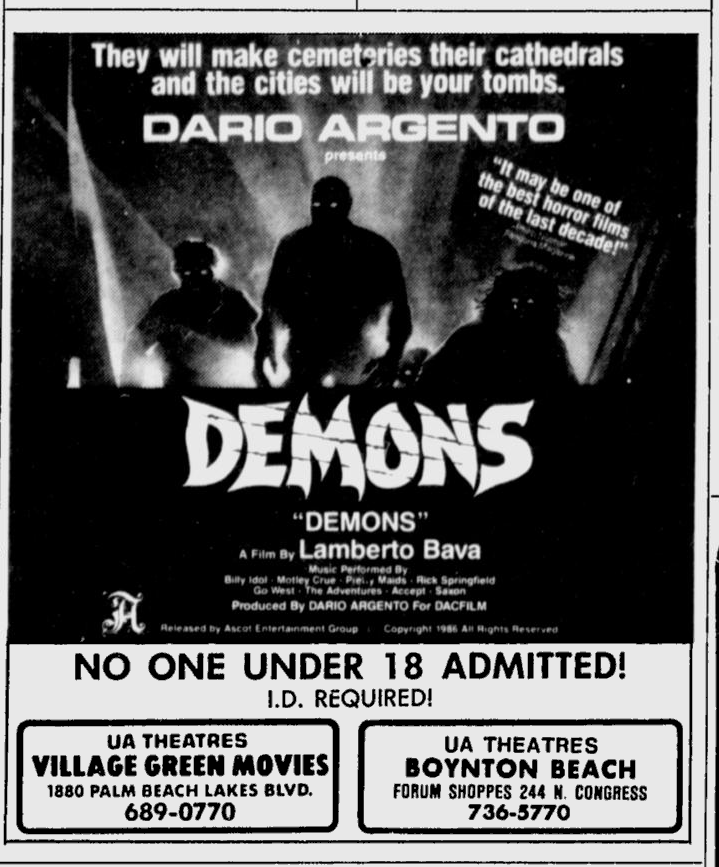 And speaking of derivative, Lamberto Bava's "Demons" capped off the evening in a spectacular way. Another big screen first for me, "Demons" has long been a personal favorite of mine. Although it clearly takes its concept from "The Evil Dead", it goes for the gold with a nearly unending series of mutilations: scalpings, lynchings, stabbings, throat gougings, all sorts of mayhem are all featured front and center in this movie, and are clearly the only reason it exists. The almost total lack of plot and plausible characters actually helps the movie rather than hurting it, since any kind of attempt to tell a more elaborate story here would have derailed it. "Demons" is a purely visual and visceral experience, and if you give any thought to just how ridiculous it all really is, then you're thinking about it way too much.

So that was the Friday lineup for the 2015 April Ghouls Drive-in Monster-Rama, four fantastic drive-in movies from a bygone era. Well, actually only the first two were probably true drive-in movies, since home video was already taking over the market by the time "Night of the Demons" and "Demons" rolled along, but they all play very well late at night on a big screen in a dark field.

Make sure to check out the Drive-In Super Monster-Rama Page on Facebook! Hope to see you there tonight!! 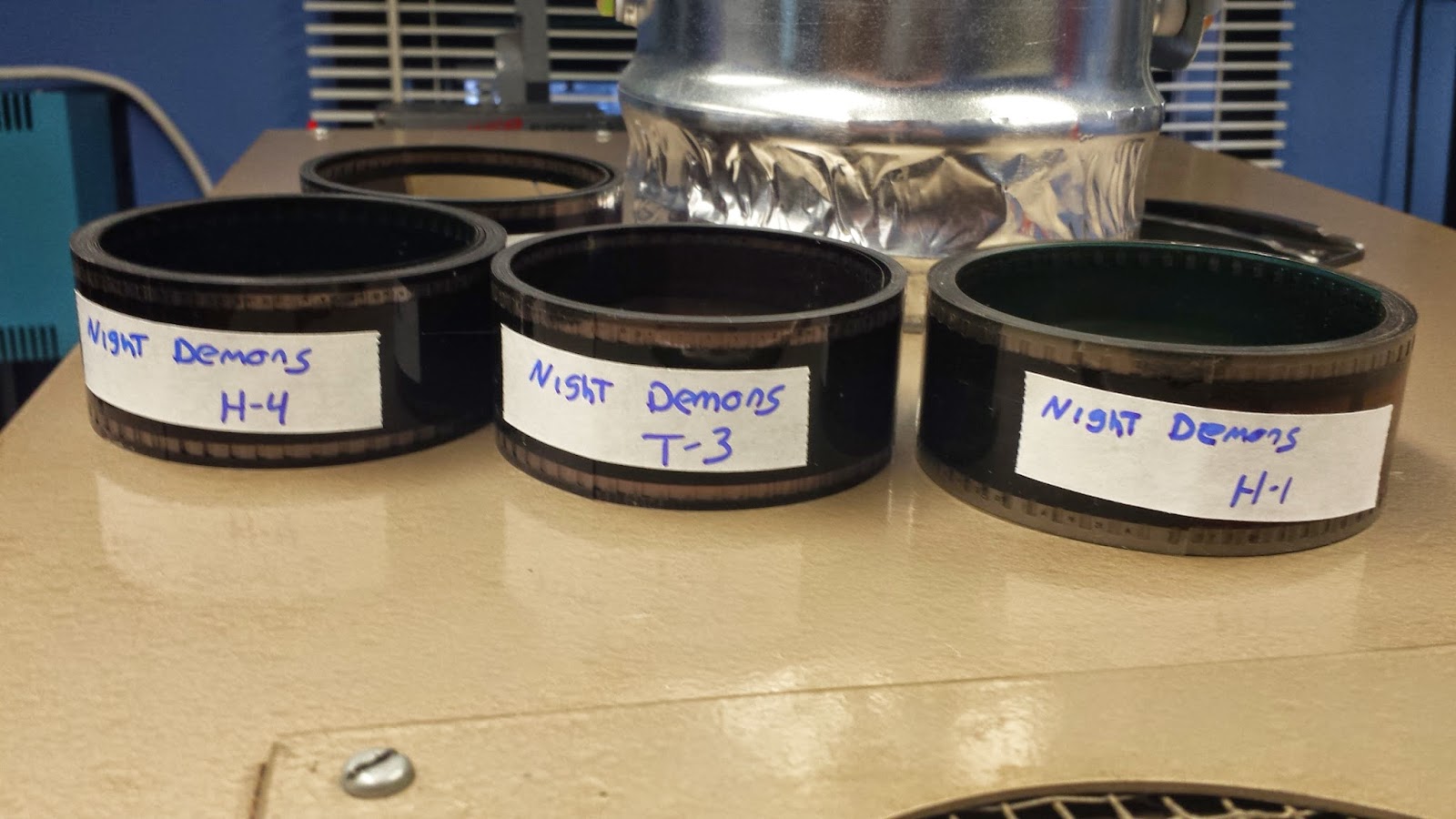 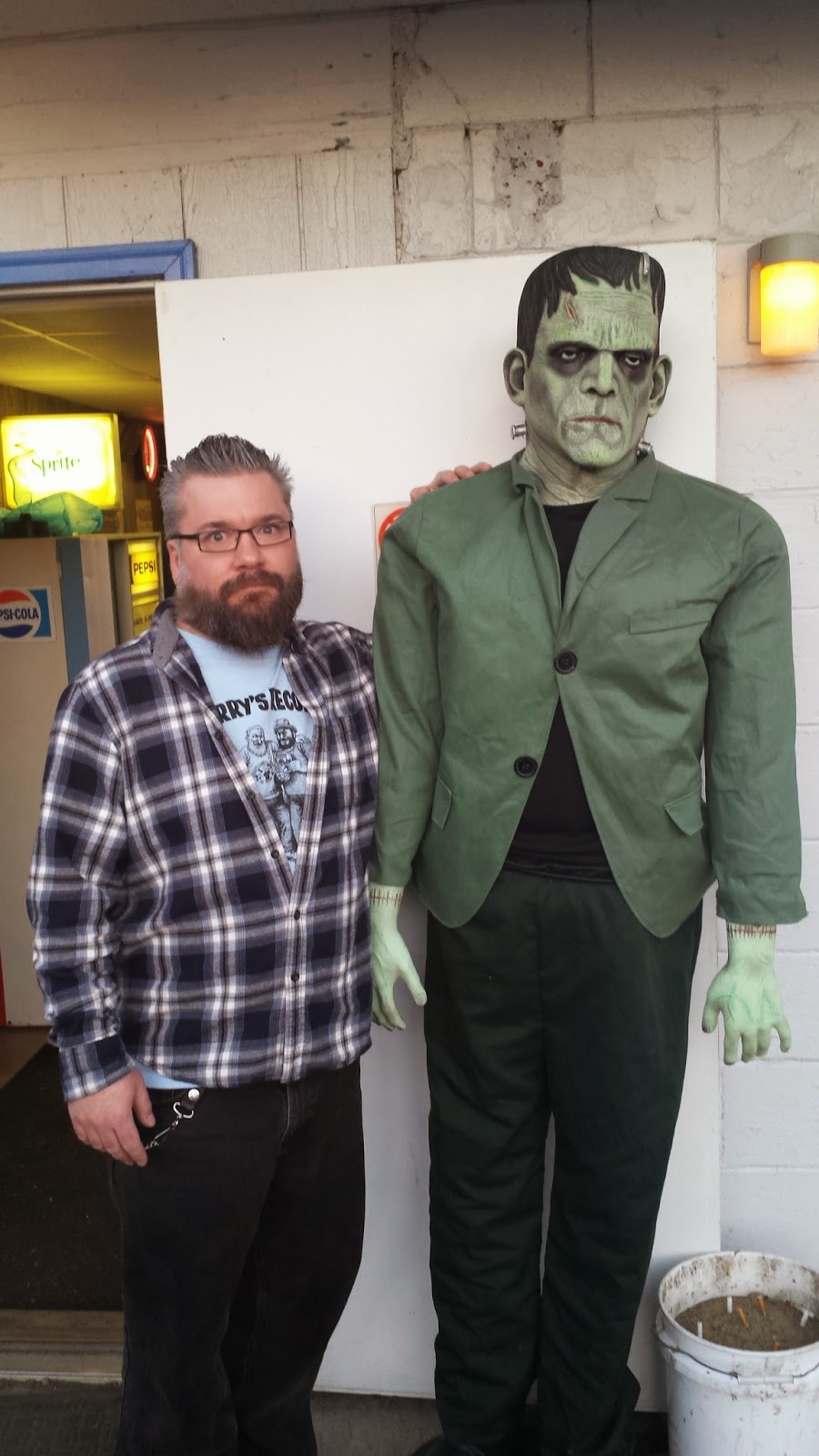 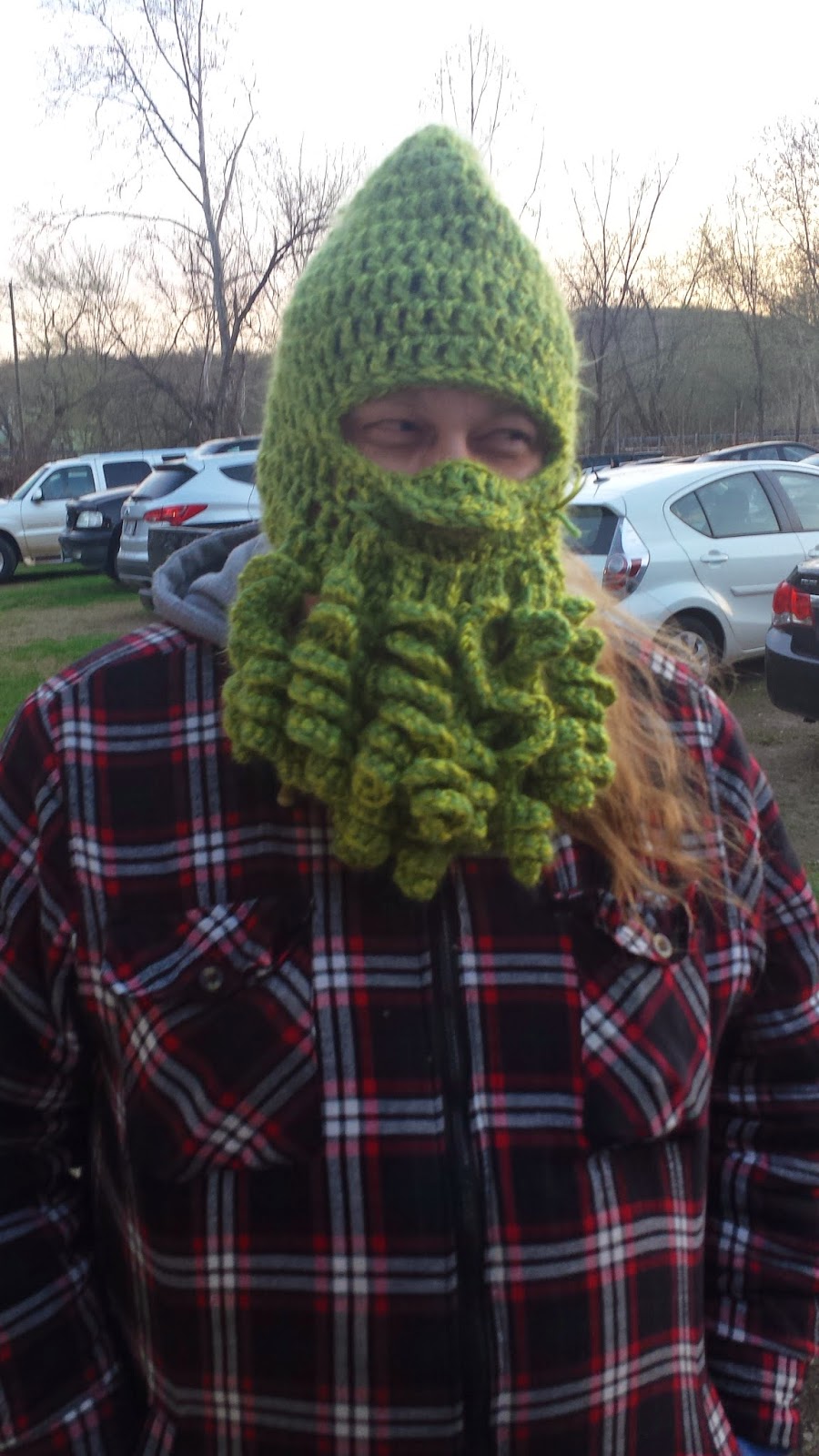 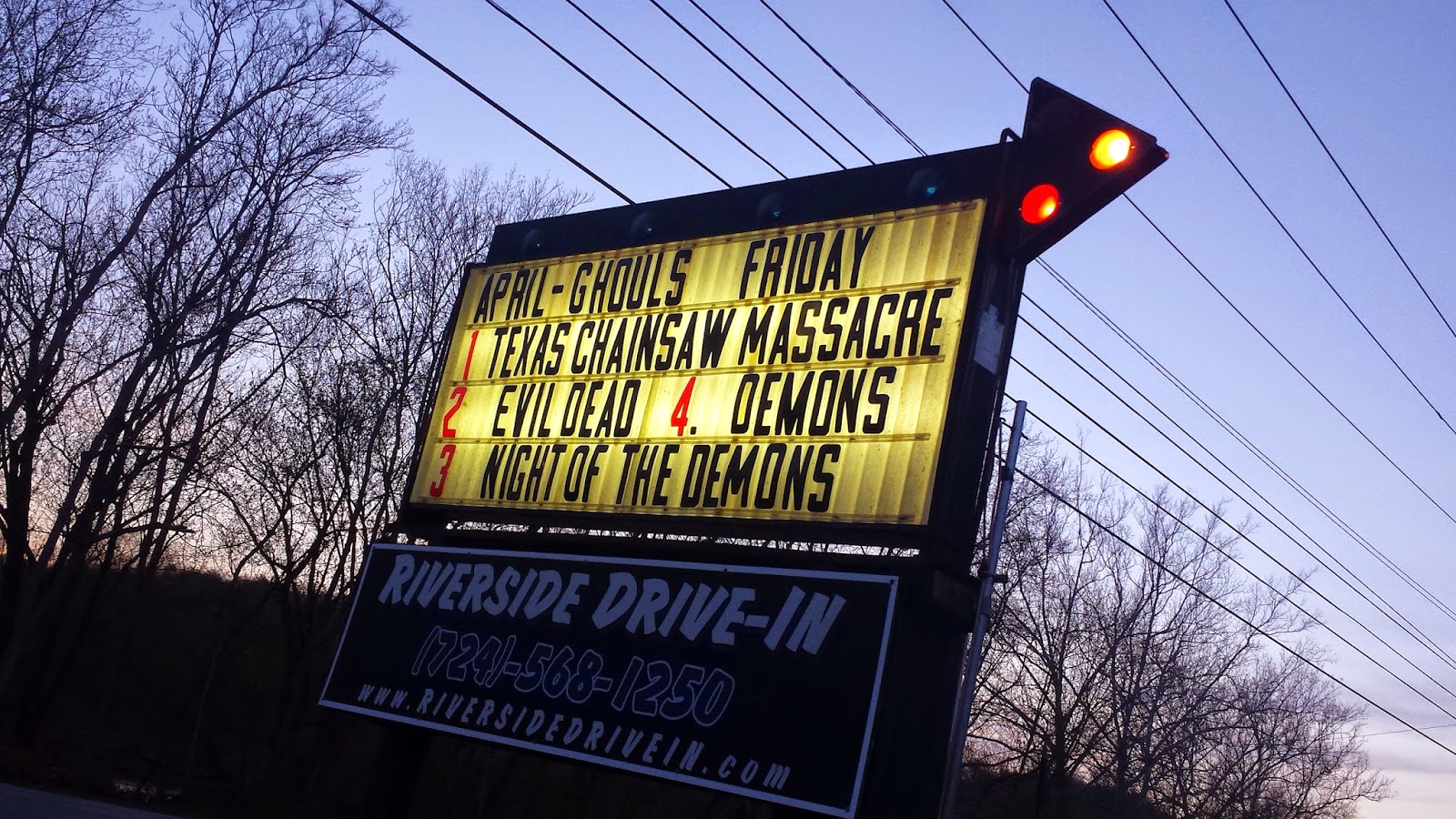 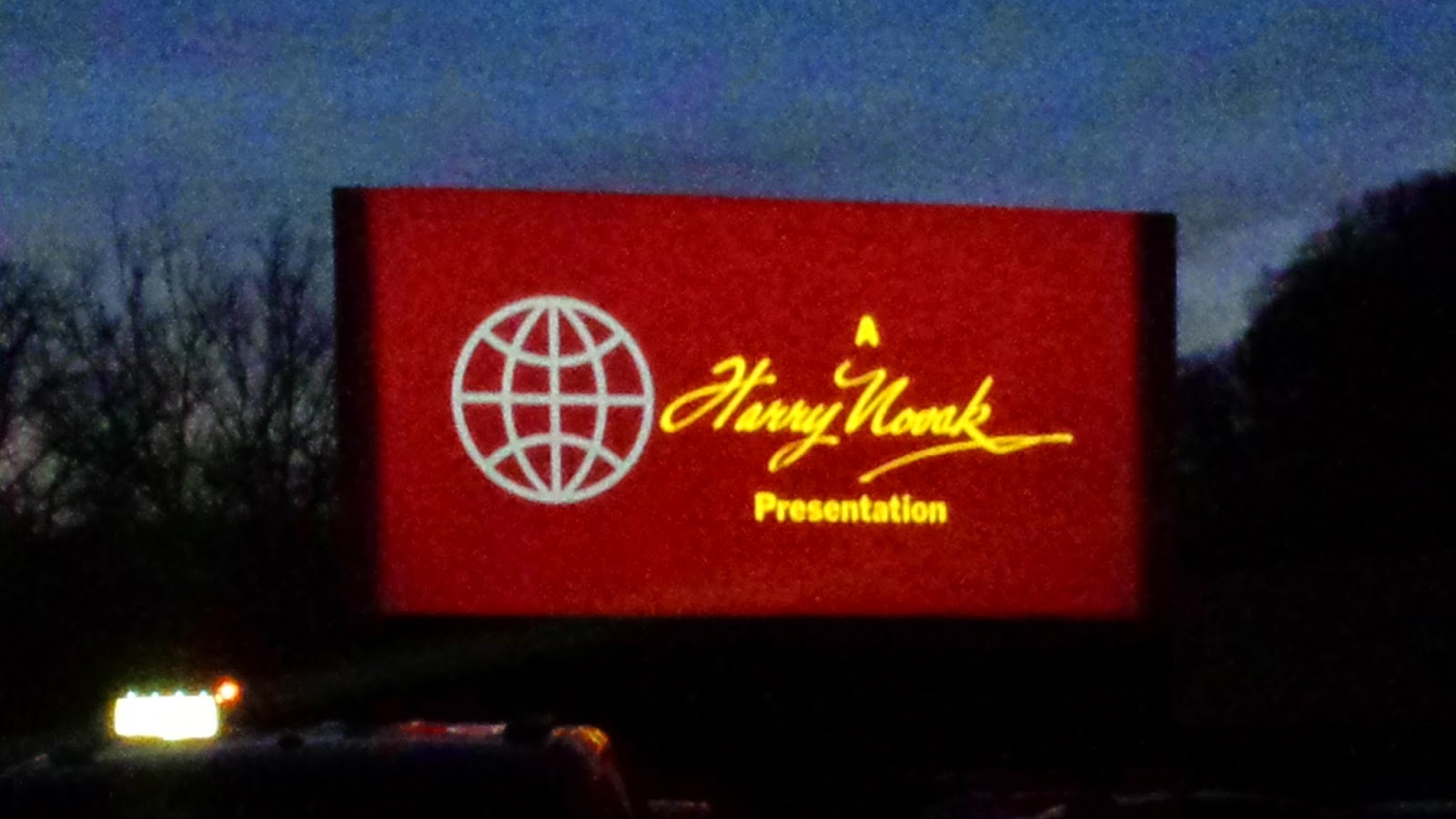 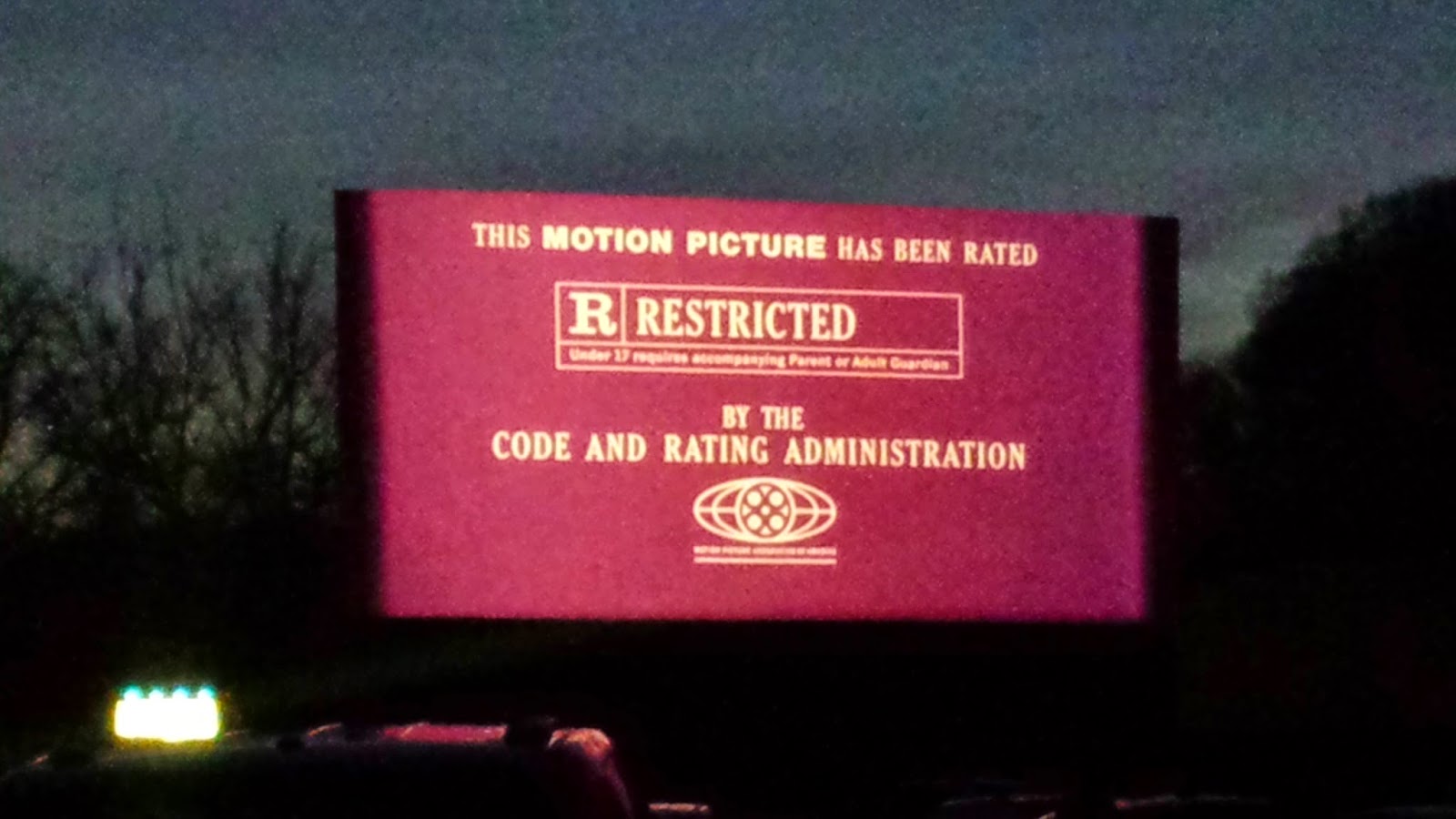 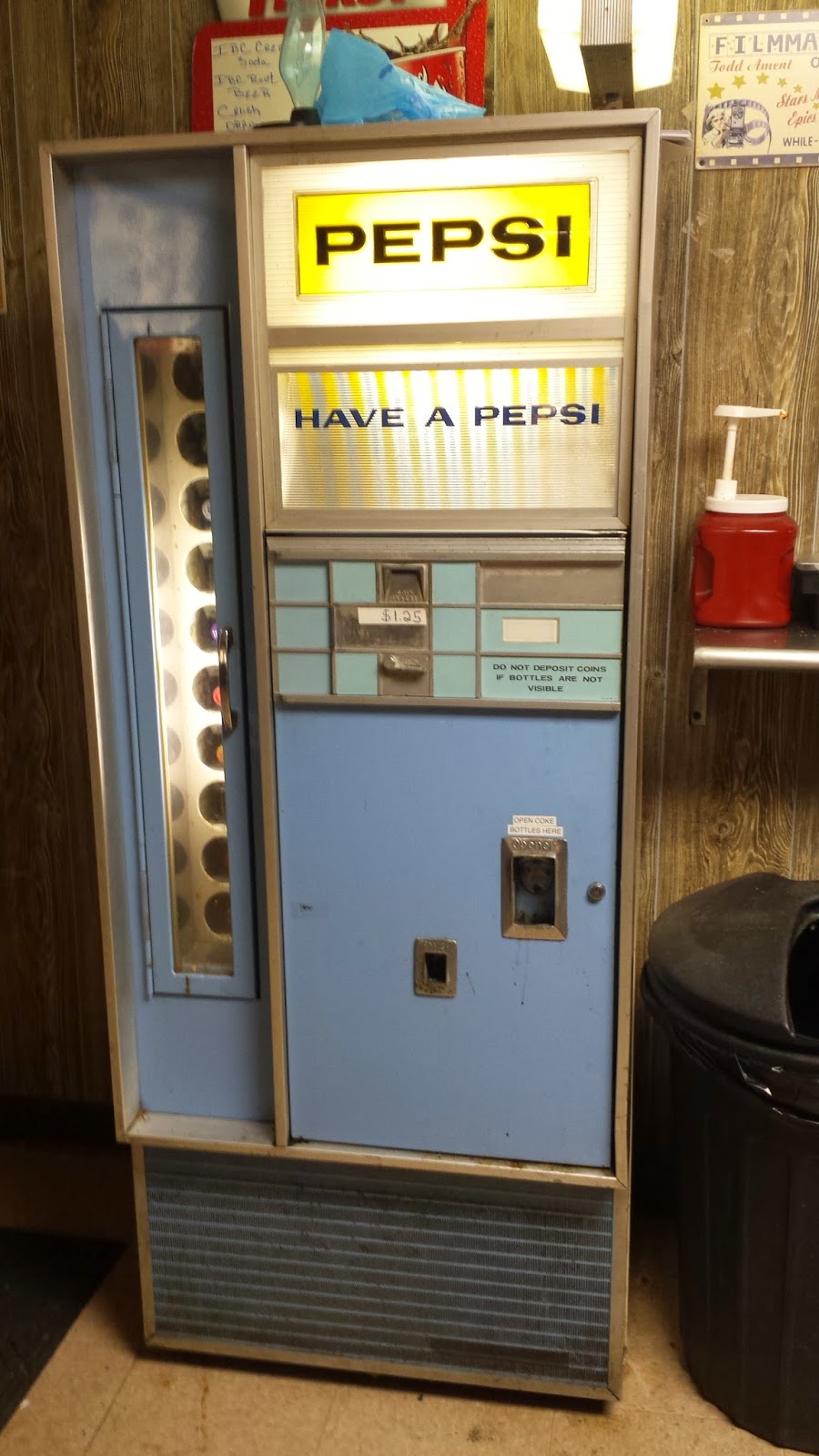 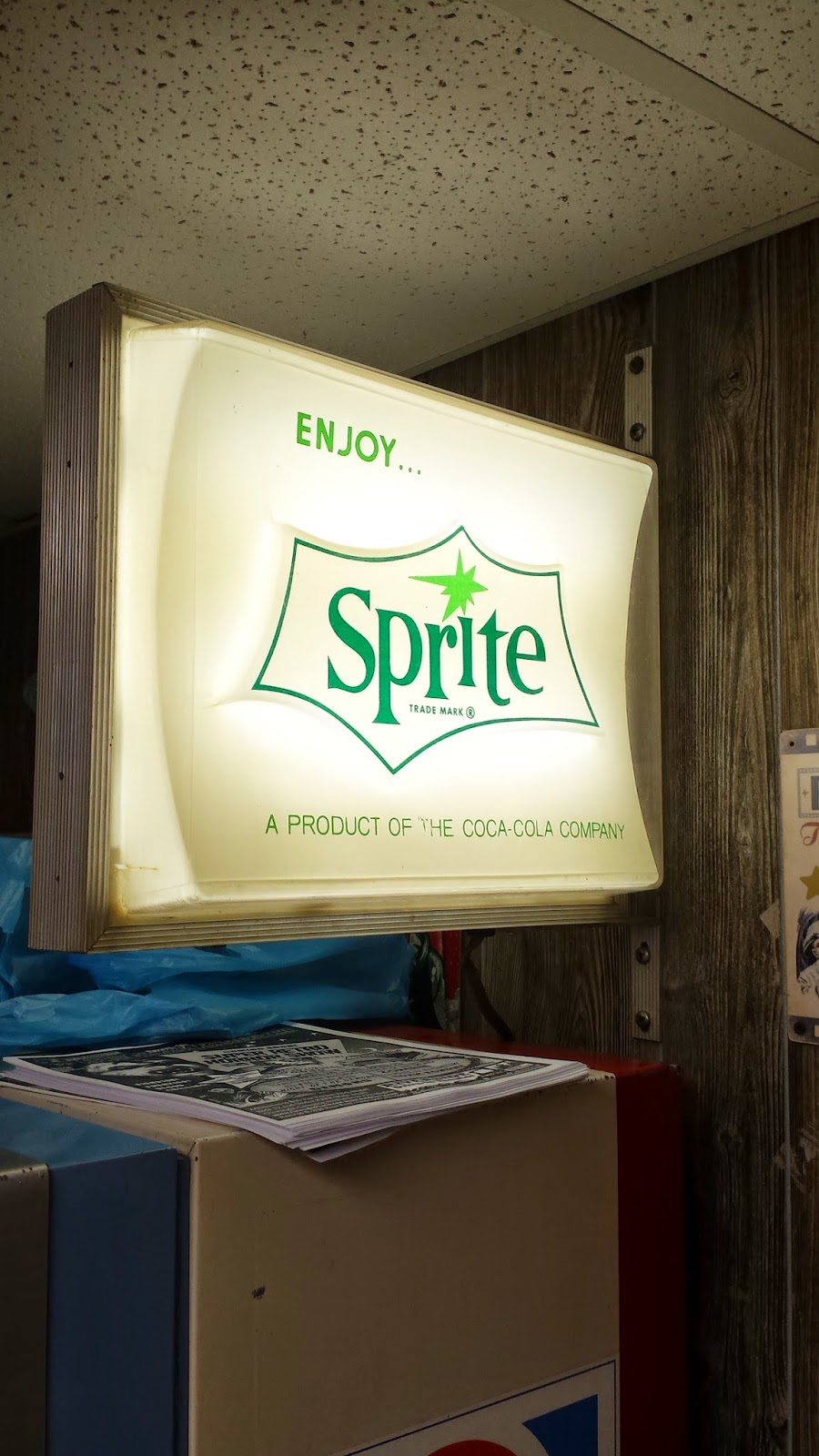 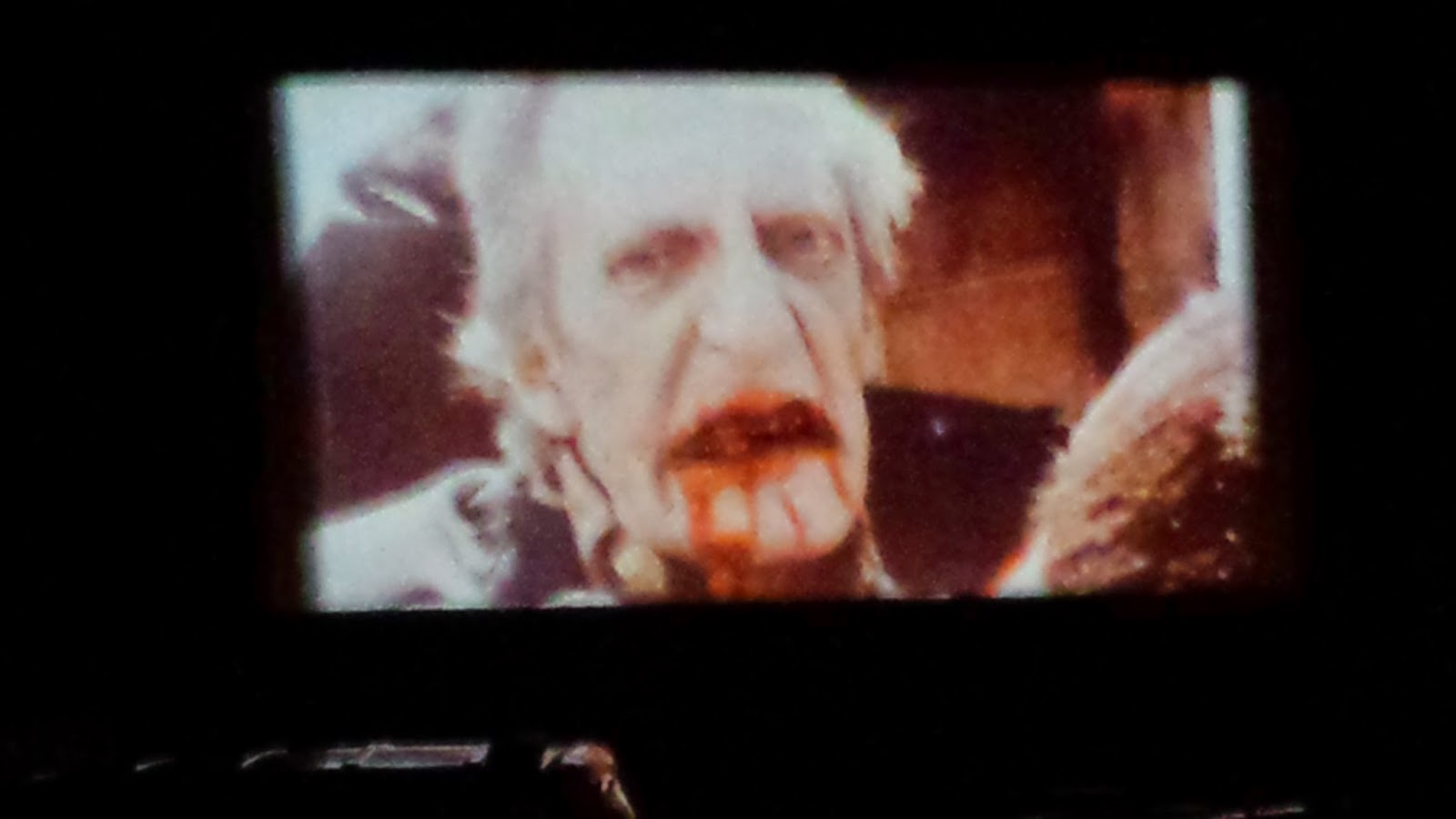 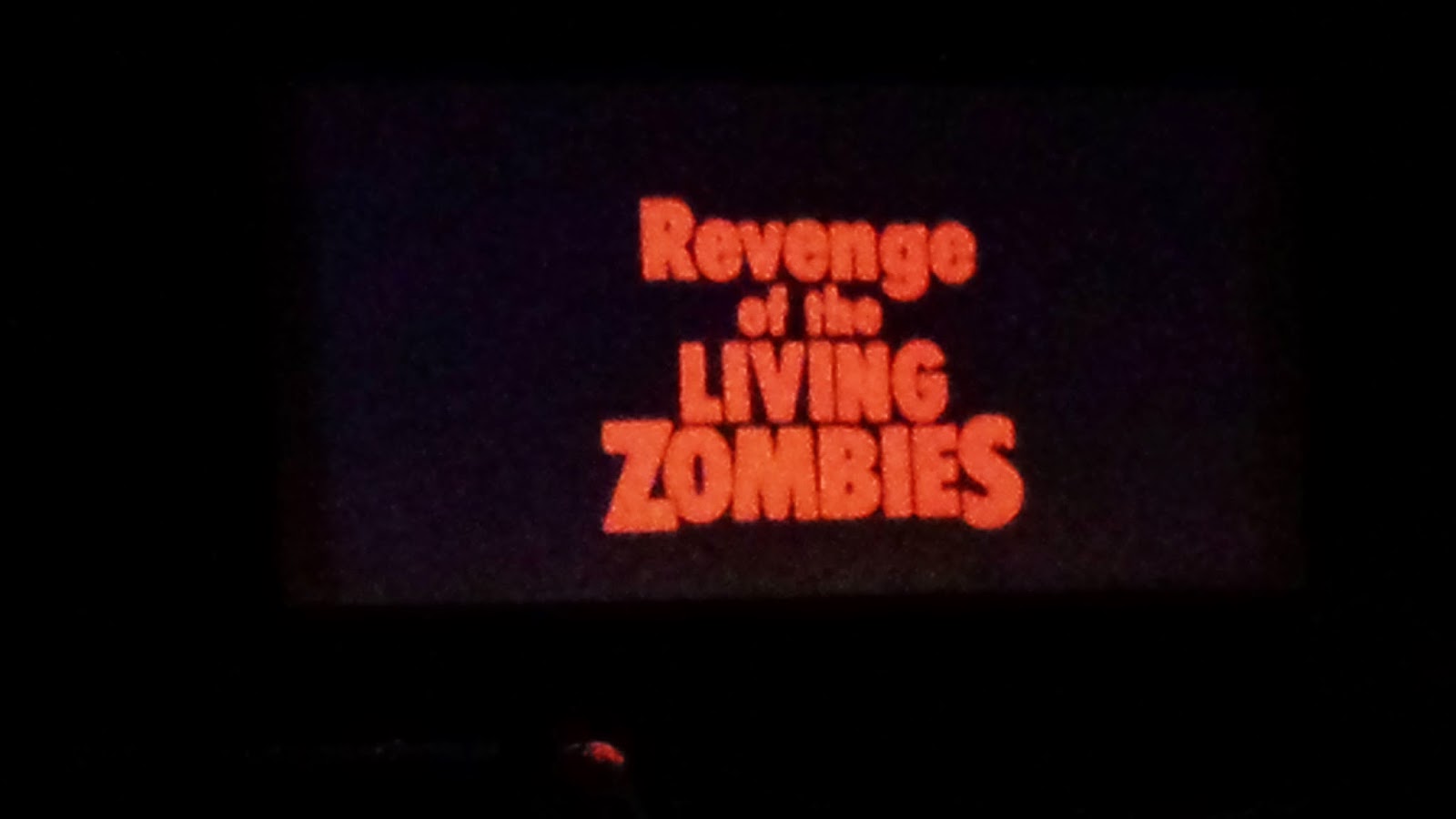 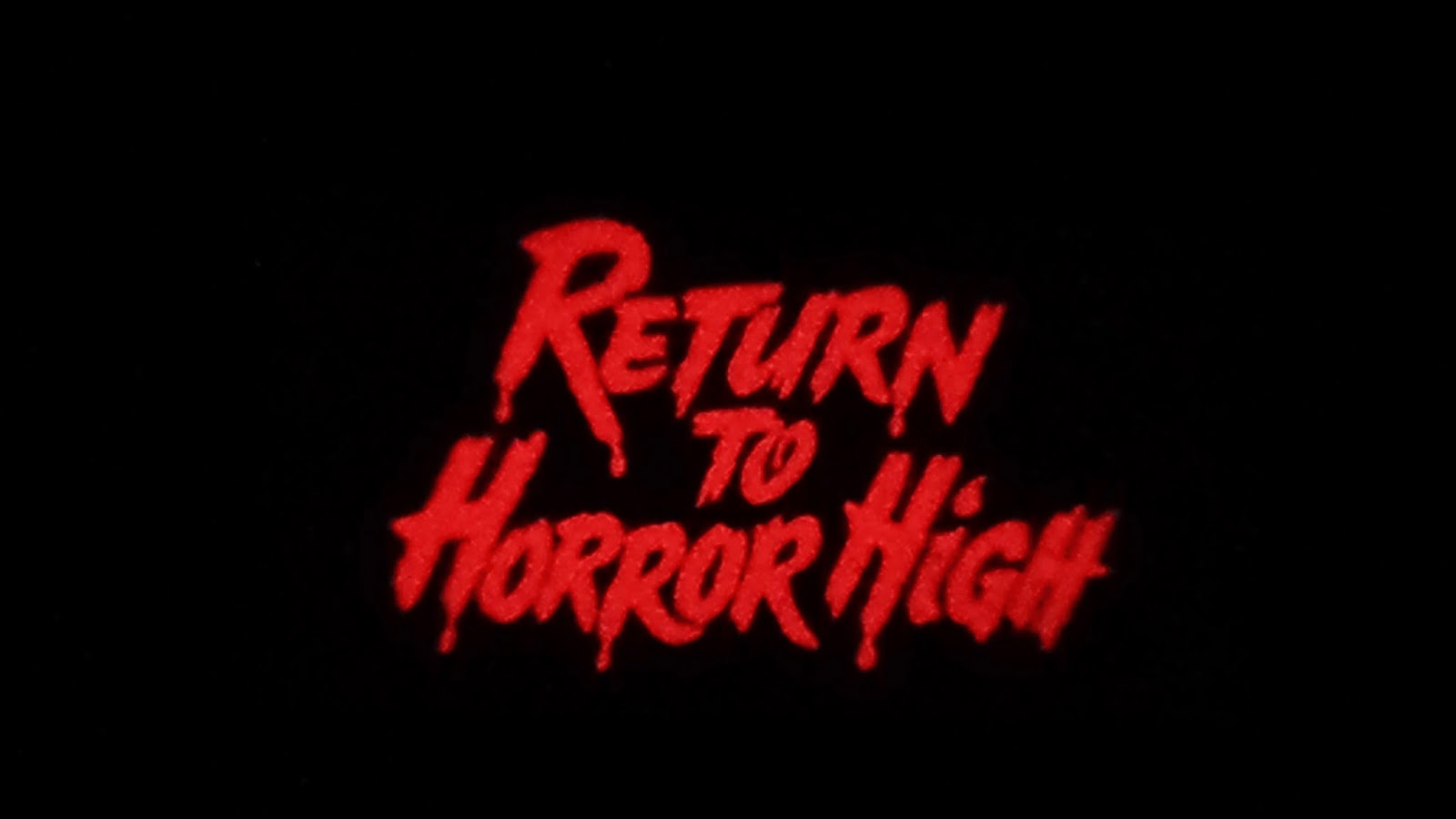 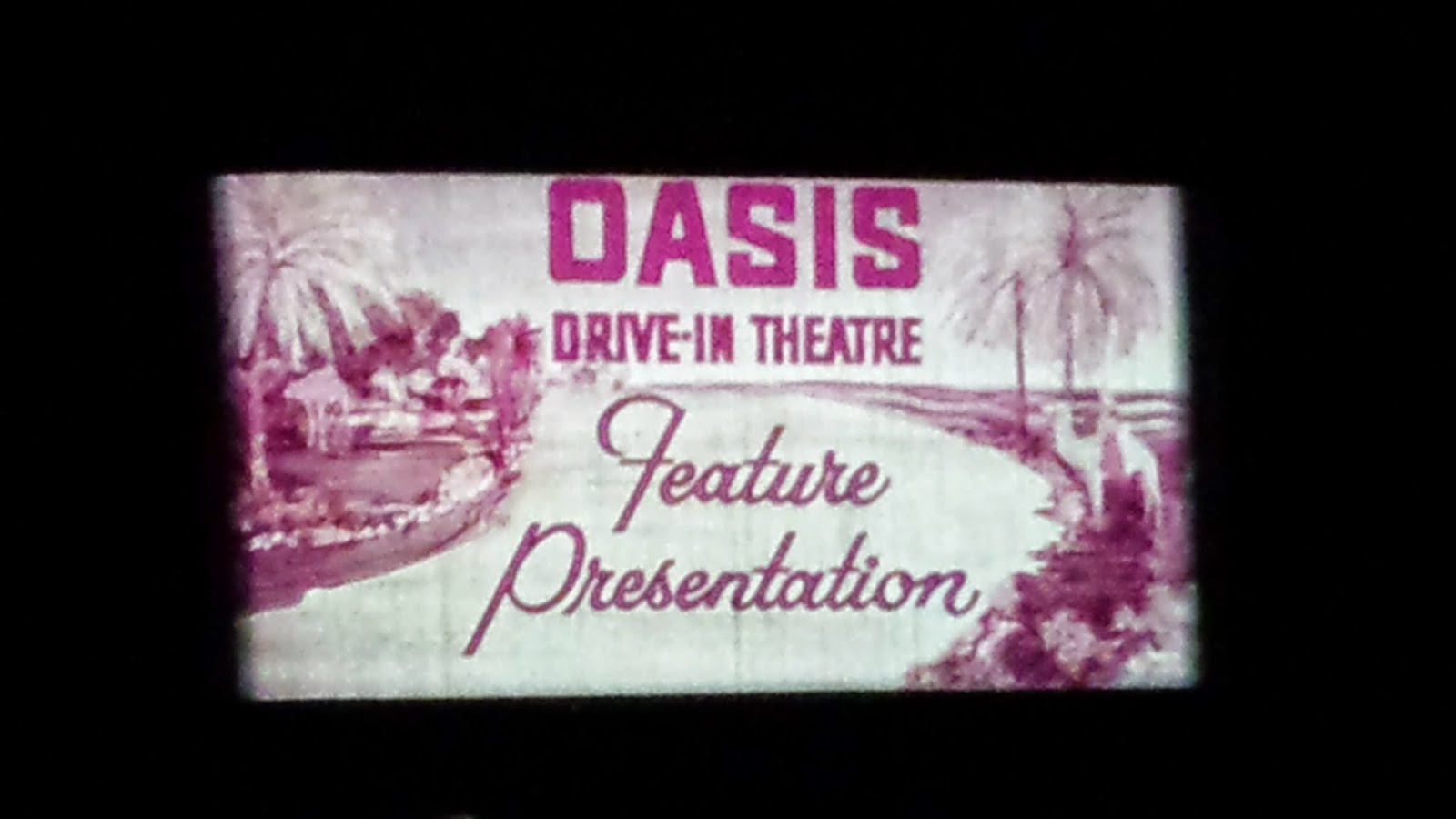 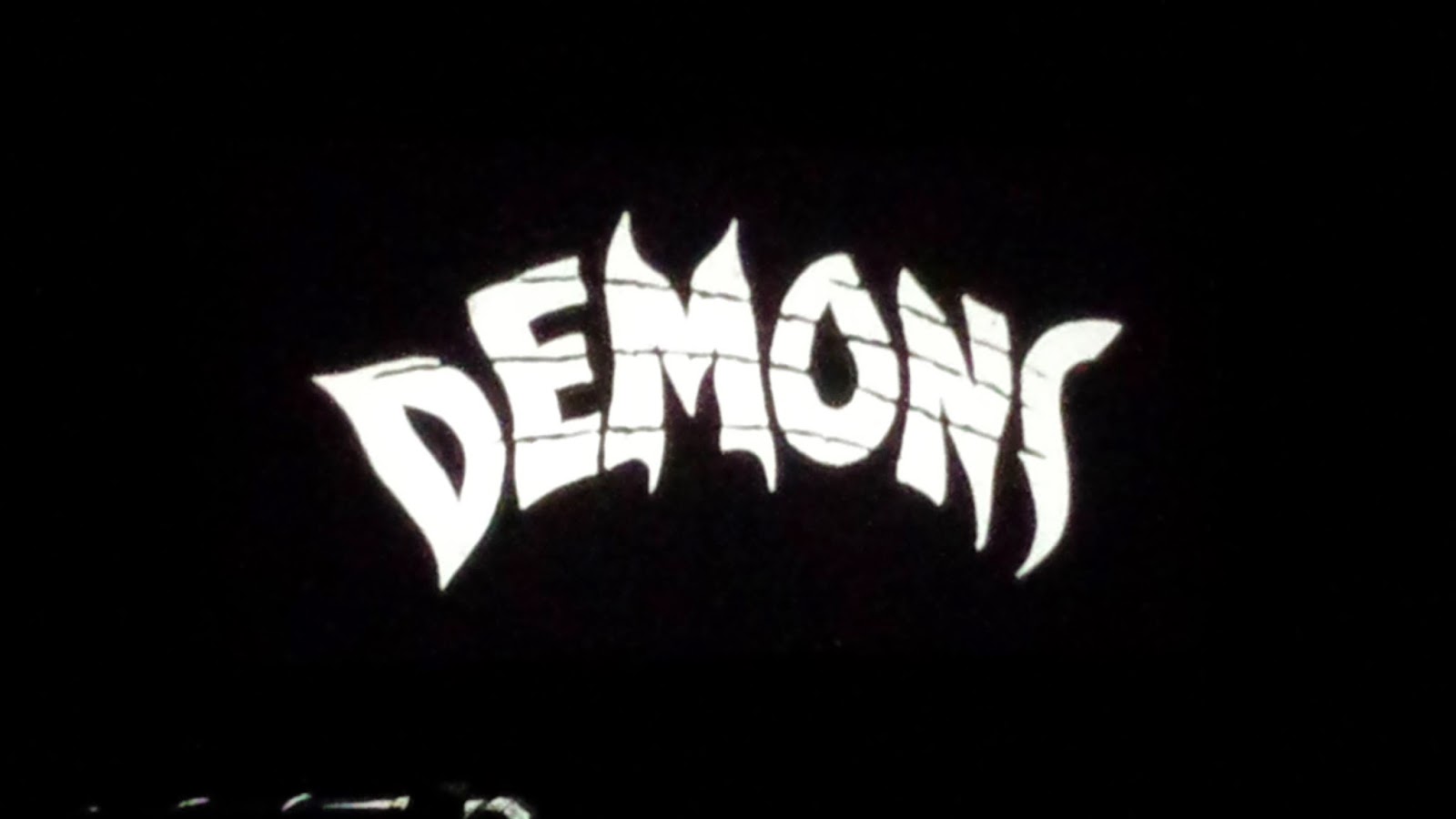 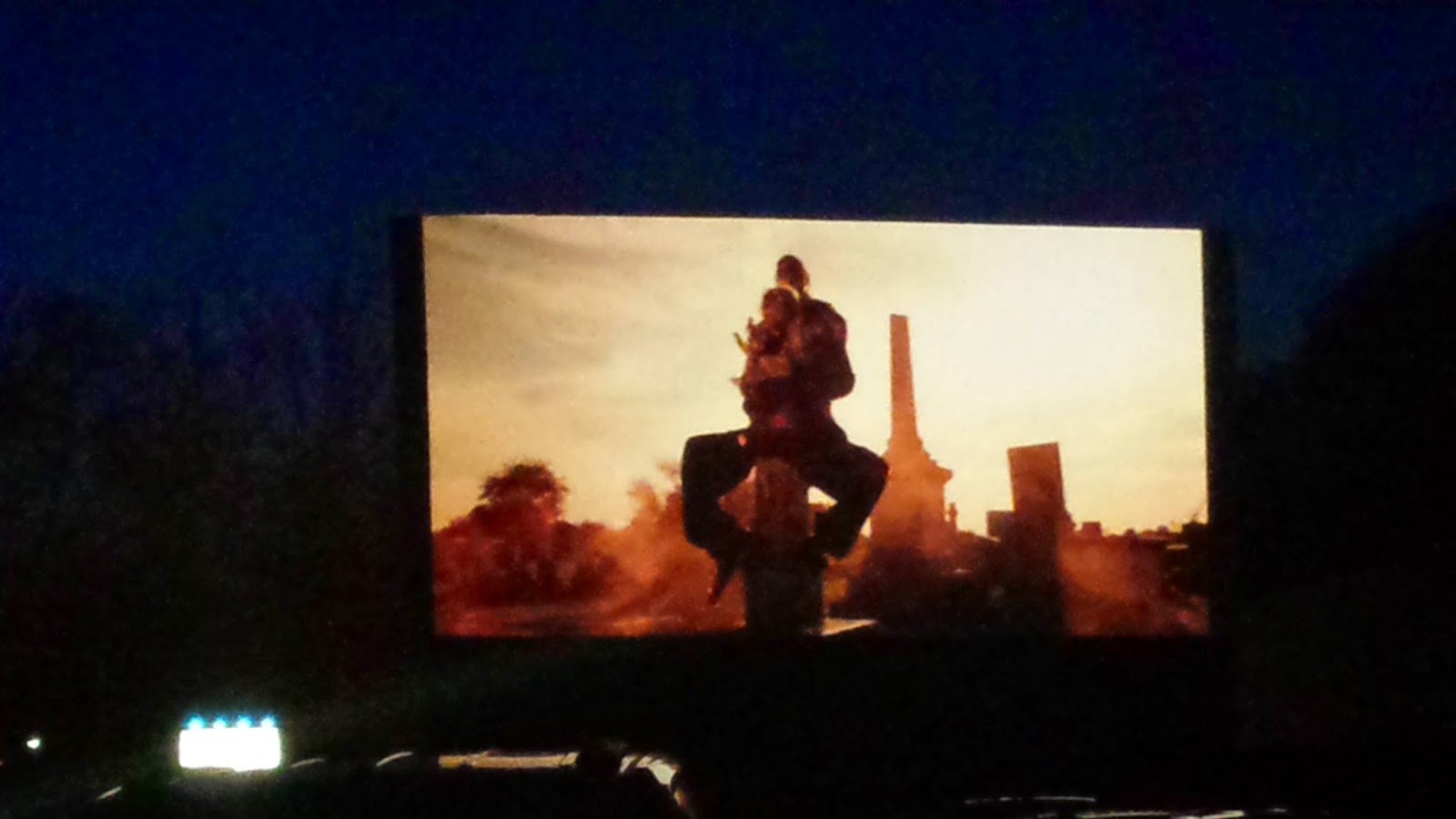 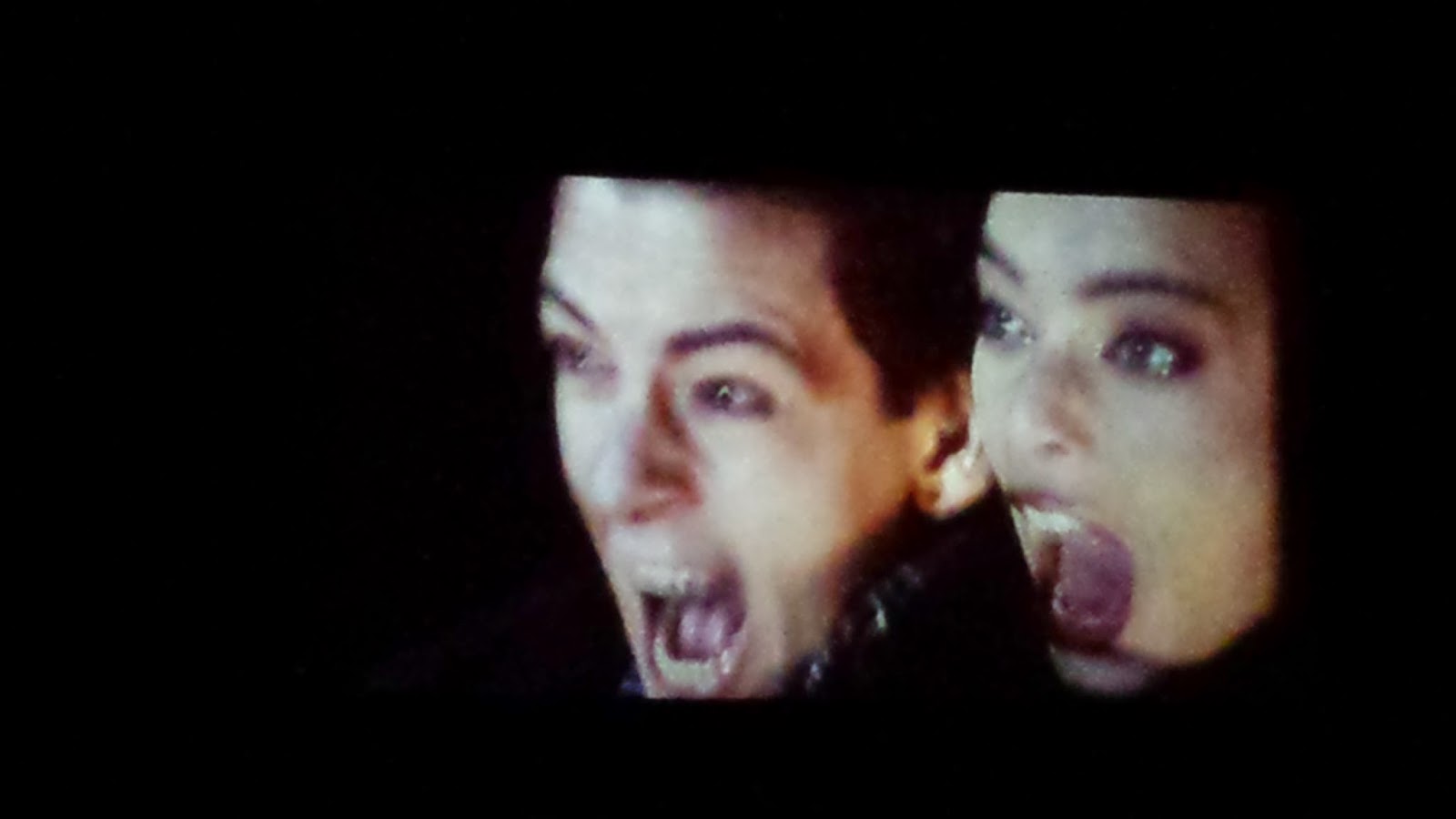 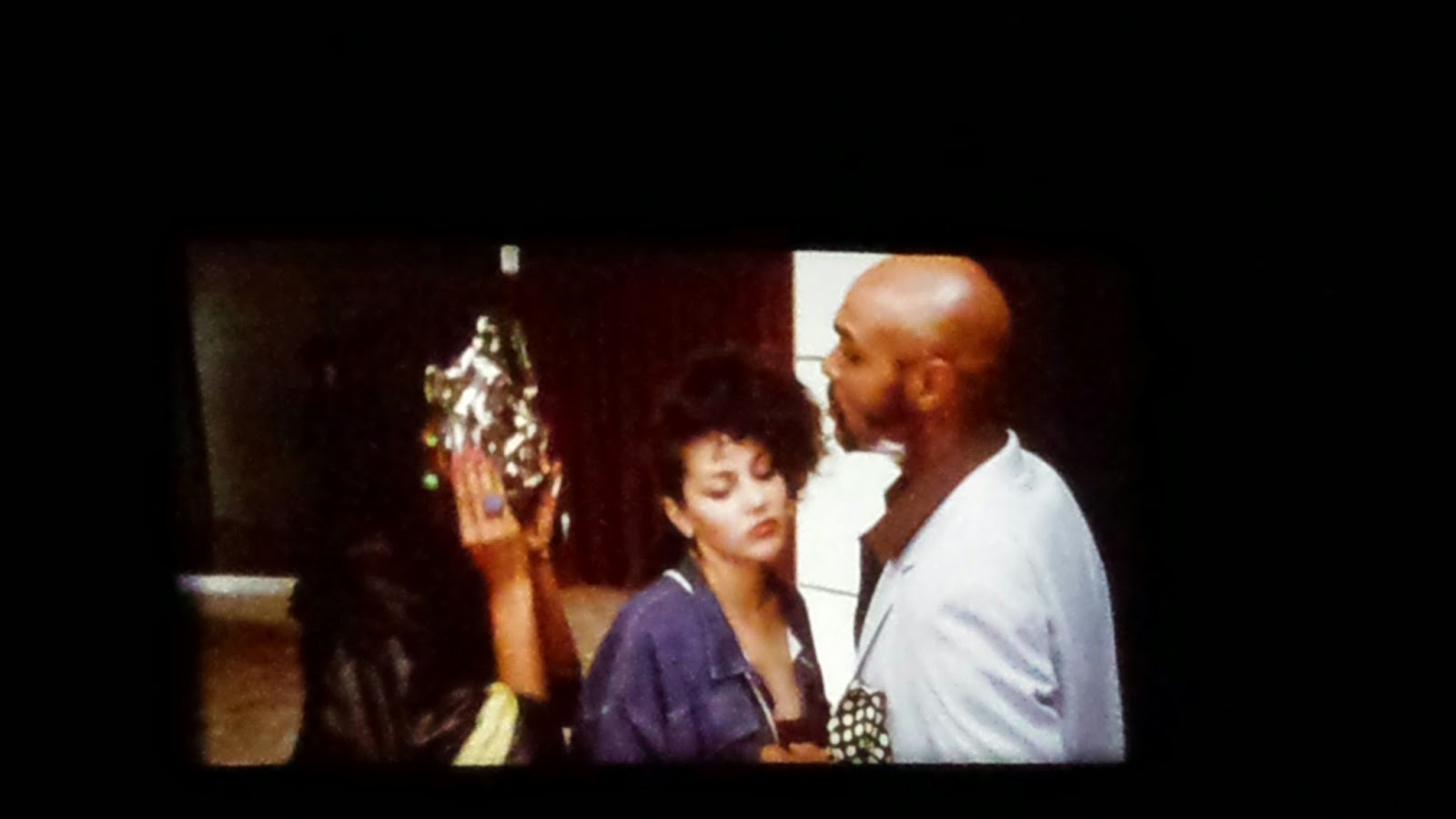 Posted by GroovyDoom at 3:08 PM