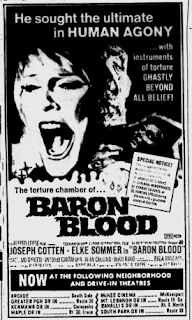 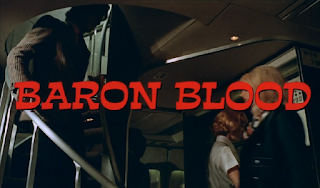 "Baron Blood" was the first film Mario Bava made after 1971's "Twitch of the Death Nerve", which was a much-needed hit for the filmmaker, who had suffered a series of box office flops.  Finally having regained his ground as a commercial director, he delivered the well received "Baron Blood" in 1972. Coming off of the high impact violence of the previous film, "Baron Blood" seems almost restrained, although it is plenty gruesome, and vibrates with Bava's unique presence. Plus it has an energetic, catlike performance by the beautiful Elke Sommer as the chief damsel in distress. 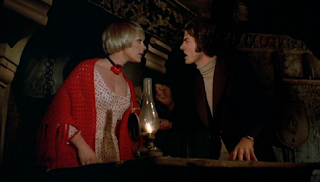 Peter Kleist (Antonio Cantafora) is returning to Austria to "research his family history".  After landing on a swank 747 while elevator music plays, he meets his uncle at the airport and makes a visit to the castle of an ancestor, Baron Otto von Kleist.  Known as "Baron Blood" to the locals, his name is still feared in these parts, as von Kleist had a man-cave full of torture devices and tools for committing violent murder and dismemberment, not necessarily in that order. A serious Vlad-The-Impaler wannabe, the Baron was into decorating the outside of his castle with the bodies of his victims.  But of course the Baron's been dead for hundreds of years, and the castle is being renovated as a tourist trap/hotel.  The project is headed by a man named Herr Dortmund, who appears to be a European counterpart of the swishy interior decorators in "Blacula".  His assistant Eva (Elke Sommer) seems to be in charge of walking briskly around the place while carrying important-looking documents.  She also shoulders what has to be the bulk of the film's wardrobe expenses--I kept a tally of 11 different costume changes for Elke Sommer, and I may have missed a few. 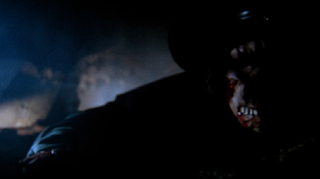 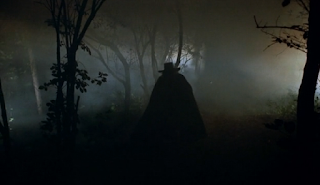 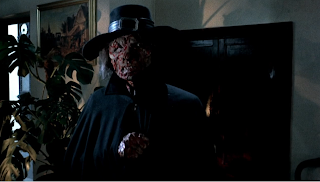 Whatever things Peter had planned to do in Austria, it all apparently becomes moot when he digs too deeply into the Baron's bloody past.  It seems as if a witch placed a curse on the Baron that would bring him back to life.  Now you might wonder how resurrecting someone from the dead could be considered a curse, and dear friend, I did, too.  The only reason I could think of was this: It was in the script.  This is also the reason Peter conveniently has a long-lost document containing the exact incantation that would bring Baron Blood back to life.  He convinces the excruciatingly fashionable but fun-loving Eva to accompany him in his freaked out scheme to read the incantation in the castle and midnight, and some presence makes itself known to them when they hear footsteps and someone trying to get through a locked door.  They hurriedly read the reverse incantation, and the disturbance stops.  Of course they can't leave well enough alone, and the next night they try it again.  This time though, the parchment gets blown into a fire, and they have no way to send the Baron back.  Evil ensues! 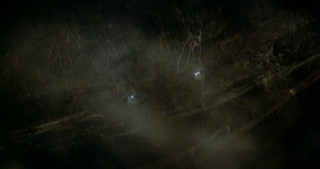 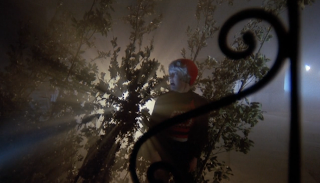 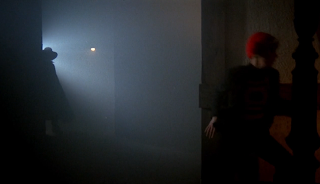 The Baron's resurrection scene is very creepy, and reminiscent of Bava's "Black Sunday" in its corpse-from-the-grave moment. Bava also maximizes the use of his iconic style, with layers of colored lighting, sudden focus pulls, and a brilliant scene where Elke Sommer finds herself pursued through the foggy streets of the village. Nicoletta Elmi appears in this film too, she being the little red haired girl who featured in numerous European horror films as a child ("Flesh For Frankenstein", "A Bay Of Blood", "Who Saw Her Die?", "Night Child") and one as an adult ("Demons"). 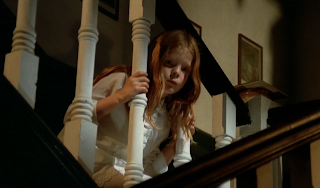 Speaking of "Demons", Lamberto Bava is assistant director on this film, and he used Antonio Cantafora in "Demons 2", where he appeared as Asia Argento's father, who gets slaughtered by demons while she watches helplessly.  Joseph Cotten's presence in the film is one thing that seems a little off; although Cotten appears menacing when he has to, what we really want is the scary, rotting ghoul that was chasing Elke Sommer around those dark streets, and instead our protagonists end up confronting the harmless-looking and unscary Cotten, seemingly bound to a wheelchair but of course revealing his true ghastly identity at the film's climax. 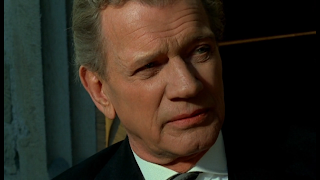 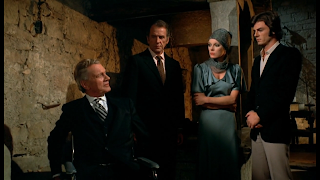 Unlike "Twitch of the Death Nerve", "Baron Blood" is more suggestively gruesome than explicitly gory.  One character is placed inside of a coffin lined with spikes and impaled. There's a shocking on-screen death where the Baron breaks a guy's neck. The Baron's ghoulish persona (before his dapper Joseph Cotten makeover) is quite startling, with his decaying face that looks like he was shoved headfirst into a food processor and his wardrobe that seems borrowed from Vincent Price's shadowy killer in "House of Wax".  Elke Sommer is highly memorable in this film. She has a frenetic acting style here that becomes increasingly pronounced the more afraid she is, with lots of sudden, animal-like sounds and guttural screams when she's startled.  She moves so quickly in the film she almost seems like a large feline, especially when she's running down the narrow village corridors to escape the good Baron.  Bava was so pleased with her performance in this film, he gave her the lead role in the subsequent "Lisa and the Devil".  "Baron Blood" is a high point in both of their careers, and it makes great late night viewing. 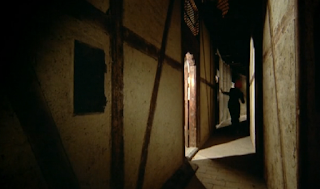 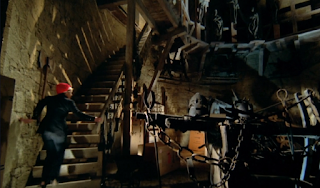 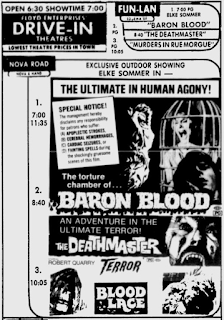