Check out Final Girl for her take on Bava's classic, as well as links to other Film Club reviews for total Bava Immersion Therapy! Tune in, Twitch on, Geek out!

I know I already wrote about this here once, but please allow me to officially geek out about one of my favorite movies of all time, familiar in English-speaking markets under the titles "Twitch of the Death Nerve" and "A Bay of Blood". Possibly my favorite of Mario Bava films, it's not perfect; it goes a little too far over the top, both in its plotting and in its visuals. The zoom lens is active as ever, shots wallow out of focus for lengthy periods before resolving themselves into discernable images, and Bava lingers on shots that simply show characters doing things that do nothing to further the plot. Like his masterpiece "Lisa and the Devil", "A Bay of Blood" is self-indulgent almost to the point of absurdity. But it's this self indulgence that makes me want to keep watching it over and over.
There is a plot so convoluted that it may not be entirely decipherable upon first viewing: a wealthy Countess owns a piece of prime bayside real estate. She can't bear to sell it to the land developer who wants to turn the area into a profitable resort, so he engineers her murder by sending his slutty girlfriend to seduce the Countess's philandering husband. Things spiral rapidly out of control: the Countess's illegitimate son witnesses her murder and immediately kills the husband. He then kills four random teenagers behaving badly in the area after one of them uncovers a clue to the murder scheme. The Countess's daughter shows up and starts killing anybody that stands between her and her inheritance. The body count grows.

What I love about the film is its strange combination of elements. The setting appears to be a lush, leafy, isolated seaside village where a few ultramodern houses are connected by scenic pathways. The furniture alone is enough to give me a heart attack, with its Eames-era atomic look. A lot of the action takes place in one man's cottage, where colored lighting adds a beautiful but ominous tone. Characters burn incense while reading Tarot cards, drink brandy out of fancy decanters, and occupy homes furnished with interesting European design. It's a space I'd love to occupy myself, minus the bloody murders.


And yes, the murders are very bloody. Despite the fact that it was made in 1971, this film was repackaged in the late 70s by American distributors and shopped around to drive-ins under the ridiculous title "Last House on the Left Part II"--not only does it have nothing to do with "Last House on the Left", it was made the year before.  But the fact that it had 13 murders in it--yes, 13--made it a great exploitation film nonetheless.  A few of those 13 murders are brutal even by today's standards, and one in particular is one of the most shocking death blows I've ever seen committed to film: when a character suddenly and realistically gets a machete deeply embedded in his face. The effect was ripped off in both "Dawn of the Dead" and "Friday the 13th Part 2", but neither one of those scenes matches this one's sudden, ferocious intensity. I'll resist the urge to list the rest of the murders here like trophies, because their ability to startle the viewer should be as undiminished as possible before viewing the film. Yet, Mario Bava obviously isn't the "Saw" generation. His gory murders are best as punctuation after long, drawn-out suspense that gradually ratchets up until violence erupts. One death scene features ripples on the surface of the bay as a precursor to the victim's murder, surrounding her with a busy but lonely backdrop as she swims nude. When she leaves the water, discovering the danger too late, the imagery shifts to a whirling chase scenario that ends with the character's abrupt slashing. In this film, the death scenes are orgasmic (in one case, quite literally). 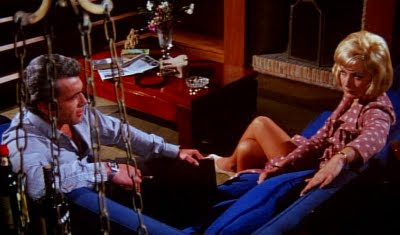 There are a few flaws, first and foremost being the complicated plot. It took me a few viewings to really understand what was going on, and there are so damn many characters in this movie it's almost like a Robert Altman ensemble cast. The ending is nothing more than a silly gag, although truthfully it doesn't ruin anything about the movie, since the tone is not ultra serious up to that point anyway. The best thing you can do with this film is just think of it as a visual experience. Much has been written about the film's influence on the slasher genre, and you can find direct visual references between this film and the first two "Friday the 13th" films, as well as "Halloween" and several others. Perhaps Bava's overpopulated cast contributed to this, since many of the characters are fleeting and nearly nameless, which is something the entire slasher genre was accused of by its critics. It's easy to see Bava's film as being merely about the murders, but I don't feel that way about "A Bay of Blood."  If he connects with you, Bava's visual language is all you really need to let his films work their magic; the words don't really matter all that much. 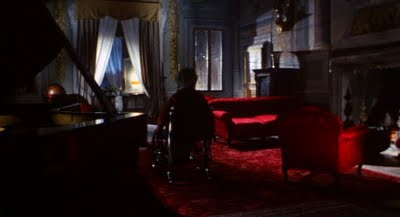 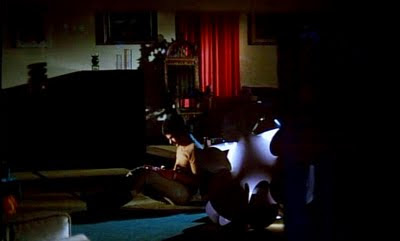 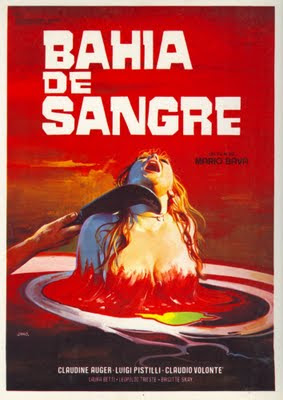 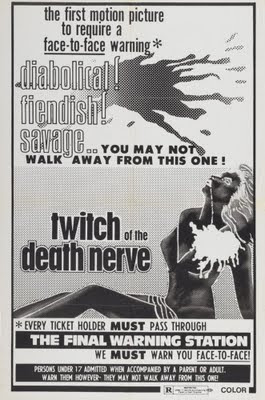 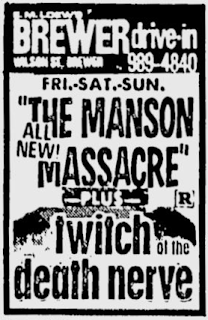 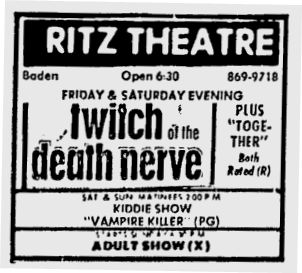 Posted by GroovyDoom at 2:08 AM