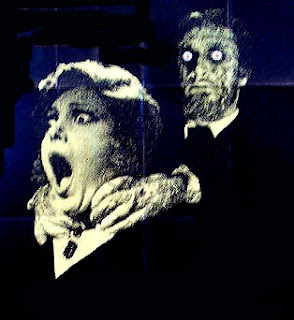 Everybody else is doing it. So why can't I? RIGHT?

So yet another blog is born, about--what else?--my favorite films. And, hopefully, at least some of them are your favorite films, too. I was going to call it "70s Doom", in honor of my self-imagined genre of horror films. But labeling it such would lead someone to think the blog was about the 70s. While it's true, most of my favorite horror films were born in this decade, some of the films I think of as 70s Doom were not created in the 70s at all. For instance, what may have been the very first 70s Doom film - the hallowed "Night of the Living Dead" - clawed its way out of the earth in 1968. Likewise, the first few years of the 80s had a few horror flicks that featured the same cheap, blurry, creepy atmosphere, such as "The Children (1980)" and "Amityville 3-D (1983)".

So the name "Groovy Doom" is appropriately vague enough. Plus hopefully it will distract the casual reader away from the fact that most of the time, I don't know what I'm talking about.

(Actually, I just accidentally clicked the "create a blog" button.)
Posted by GroovyDoom at 5:54 AM